A federal court ruling announced absentee ballots in Georgia postmarked by Nov. 3 could be accepted up to 3 days after election day. 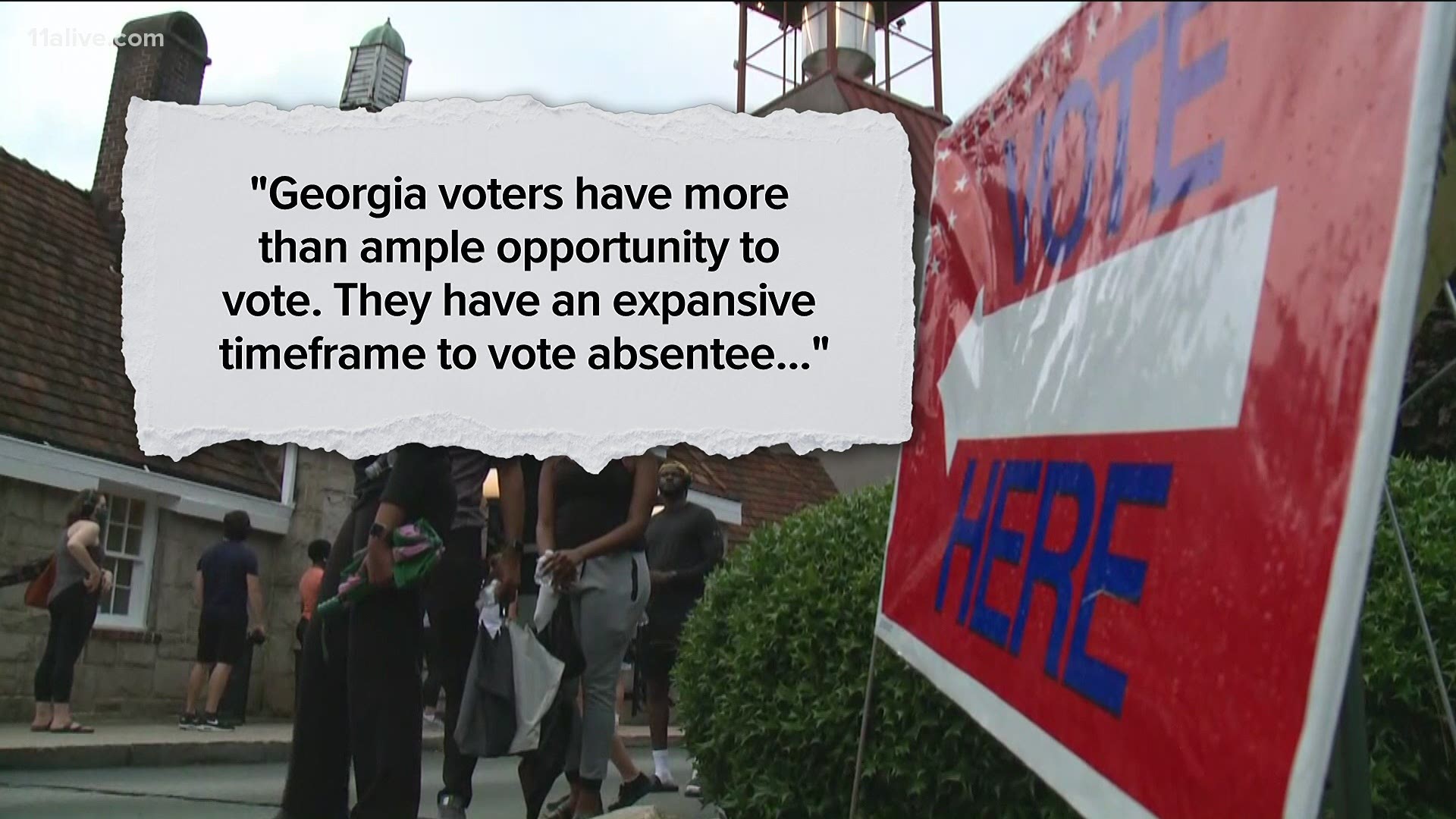 ATLANTA — In a 32-page court brief filed Tuesday, the Georgia Republican Party and Republican National Committee are supporting a federal appeal made by Secretary of State Brad Raffensperger.

In late August, U.S. District Judge Elanor Ross issued a ruling in response to a lawsuit from the New Georgia Project.

The ruling extended the deadline for accepting absentee ballots to three days past the November election provided the ballot is postmarked by Election Day.

The suit was based on the increased demand for absentee ballots and concerns around voting in-person during the ongoing COVID-19 pandemic.

Raffensperger appealed the ruling to the 11th U.S. Circuit Court of Appeals.

In the brief filed by the GA GOP and Republican National Committee it is stated, "Georgia voters have more than ample opportunity to vote. They have an expansive time frame to vote absentee."

It is also mentioned in the brief that voters have several ways to return their absentee ballot, either by mail, using drop boxes, hand-delivering the ballot, or having it canceled if they later decide to vote in-person.

The New Georgia Project's lawsuit only named 17 of Georgia's 159 counties.

In the Republican-written brief, the party claims the plaintiffs picked counties with "traditionally higher support for Democratic candidates."

If the current ruling stands, the Georgia GOP in its brief claims the extended window for accepting absentee ballots would only apply to those counties and ballots received after election day in the state's 142 other counties would be rejected.