Is Georgia done counting its votes by hand?

It's a little up in the air. 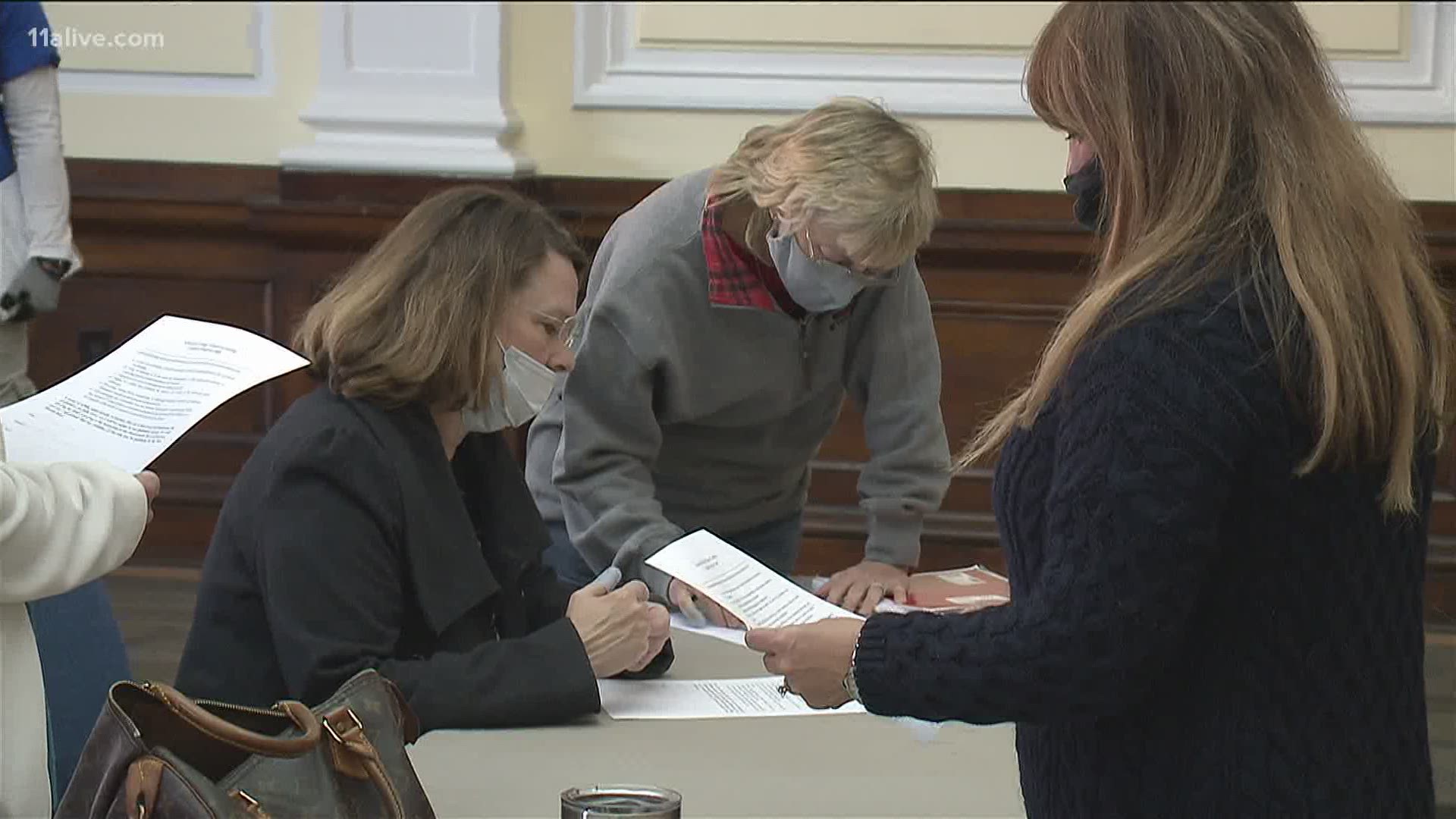 ATLANTA — The deadline for counties to finish hand-counting all of Georgia's nearly 5 million votes passed at midnight Wednesday night.

So - are they actually done?

The short answer is it seems mostly so - but we're still waiting on the Georgia Secretary of State's Office to release the official results of the hand-count audit.

On a Fox News appearance on Thursday morning, Gabriel Sterling of the Secretary of State's Office said that "almost all of the counties were done at 10:30 last night."

UPDATE >> The Georgia Secretary of State's office says the hand audit of the election is complete.

That suggests at least some counties, as of Thursday, were still tying up loose ends. In the Fox News interview, Sterling did say that at least one county - Cobb County - had found votes it needed to count.

This gets confusing, but: Sterling clarified they were not votes that had not previously been included in Cobb's total. These were votes that had been scanned and counted into the original total, and they had apparently missed hand-counting them on this second time around.

"These are not new ballots, these are ballots already reported - they hadn't finished the audit on them," Sterling said.

Sterling had indicated on Wednesday that the Secretary of State's office might release the results around noon, but as of 3 p.m. on Thursday, the noon hour had come and gone with no results. Obviously, there's still some wrapping up going on around Georgia.

But by all indications from Sterling, the hand-count audit is pretty much done, and looking like it will broadly confirm the results of the original machine count.

"Most of the reports so far are that we are very, very tight on it," he told Fox News. "The recount is going great, it's tracking exactly right."

The state faces a deadline of Friday to certify the results of the 2020 election.

Once that is done, candidates losing by 0.5% or less - including, likely, President Trump - will be able to request an official recount by machine.

Then, likely, we would do a form of this once again.