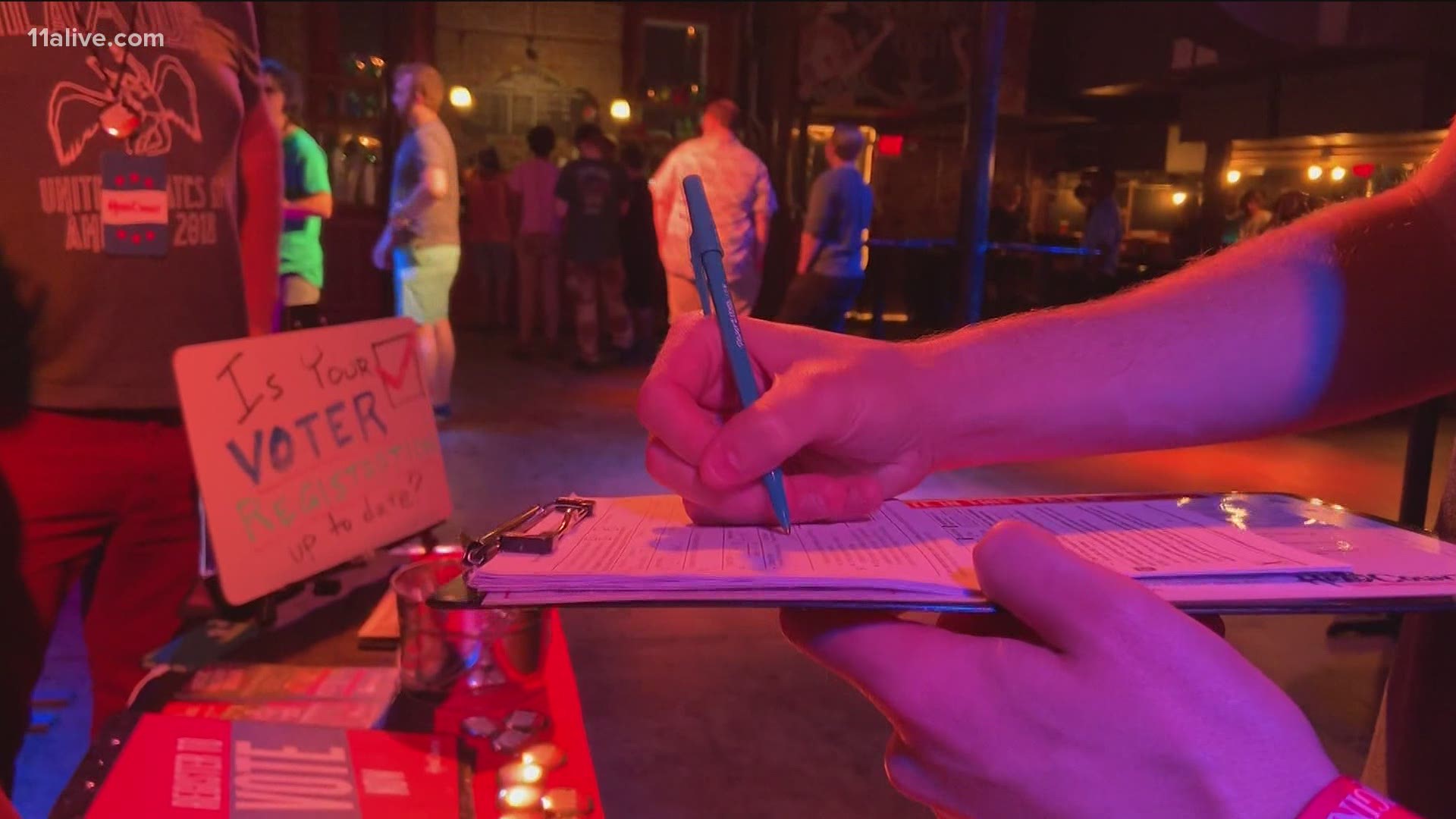 "Voting in Georgia when you are not a resident of Georgia is a felony," he said.

One group, America Votes, he said was allegedly sending absentee ballot applications to homes of people where they have not lived in decades.

Another group, Vote Forward, he said, tried to register a dead Alabama woman to vote here in Georgia.

Claims have surfaced that The New Georgia Project has sent applications to residents in New York City.

The fourth group, Operation New Voter Registration Georgia, is reportedly telling out-of-state college students they can register here in Georgia and vote in the January runoff.

"Encouraging college kids to commit felonies with no regard for what it might mean for them is despicable," Raffensperger said.

Gabriel Sterling with the Secretary of State's office said college students registering is fine as long as they don't intend to switch back to their "home" state. They have to intend to be residents of Georgia.

"These third party groups have a responsibility to not encourage illegal voting. If they do so, they will be held responsible," Raffensperger said.

He also said that his office has 23 investigators probing 250 open cases alleging some kind of election law violation, but none of them cast doubt on the integrity of the state's election results.

He said his office will continue to take steps to protect the voting rights of the legally-registered Georgians.

The two Georgia Senate runoffs between Republican Kelly Loeffler and Democrat Rev. Raphael Warnock and Republican David Perdue and Democrat Jon Ossoff have the eyes of the country on them. The Republicans must win both seats if they want to keep control of the U.S. Senate.