These precincts will stay open past 7 p.m. due to issues earlier in the day 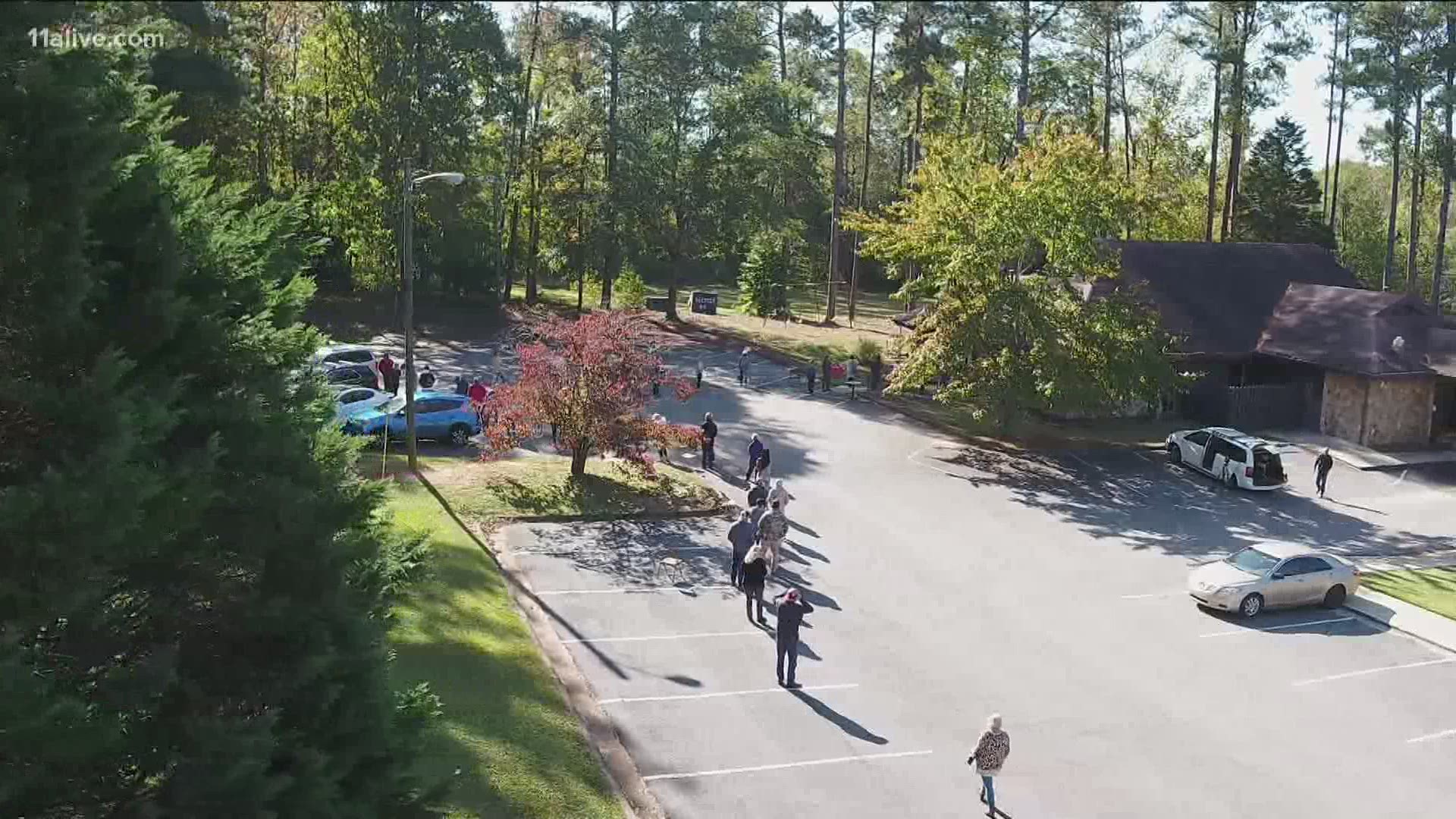 ATLANTA — Citing delayed openings and other problems, some polling locations will remain open beyond the official 7 p.m. closing time.

A judge has signed an order to keep the Sope Creek 02 precinct in Marietta open an additional 20 minutes, county officials said. There was a delayed opening this morning due to a late-arriving poll manager.

"This extension was requested, in an abundance of caution, to ensure that all electors at the locations have the required full 12 hours of voting," a release said.

The Bethune Elementary School polling site will remain open until 7:40 p.m., according to a judge's order.

At the time the poll opened, due to technical issues workers did not begin processing voters until 7:40 a.m. All voters in line until 7:40 p.m. will be allowed to vote.

The Ferguson Elementary School precinct in Duluth will remain open until 7:20 p.m., per a judge's order, after a power outage earlier in the day caused delays for voters.

The county annex precinct will remain open until 7:40 p.m. after it failed to open on time, a judge's order said.

Mount Vernon Baptist Church had a delayed opening due to poll workers experiencing problems with the electronic poll books, elections officials said. Because of the 15 minute delay, the precinct will remain open until 7:15 p.m.

All 18 precincts in the county will be open until 9 p.m. following issues this morning with polling pads, causing a nearly two-hour delay in getting the polls open for voters.

Spalding County Elections Director Marcia Ridley said the people who make the voting machines caught the issue at 7:05 a.m. and said a technician had to go to each precinct to reset the poll pads.

One voter told 11Alive that she saw a lot of people leaving once they said the machines were down.

Return to 11Alive.com for updates throughout the evening, as polls close, with election results and other big stories on Election Day.