Raffensperger's office sent a news release that said the secretary requested the additional assistance on Friday, and Kemp agreed quickly the same day. 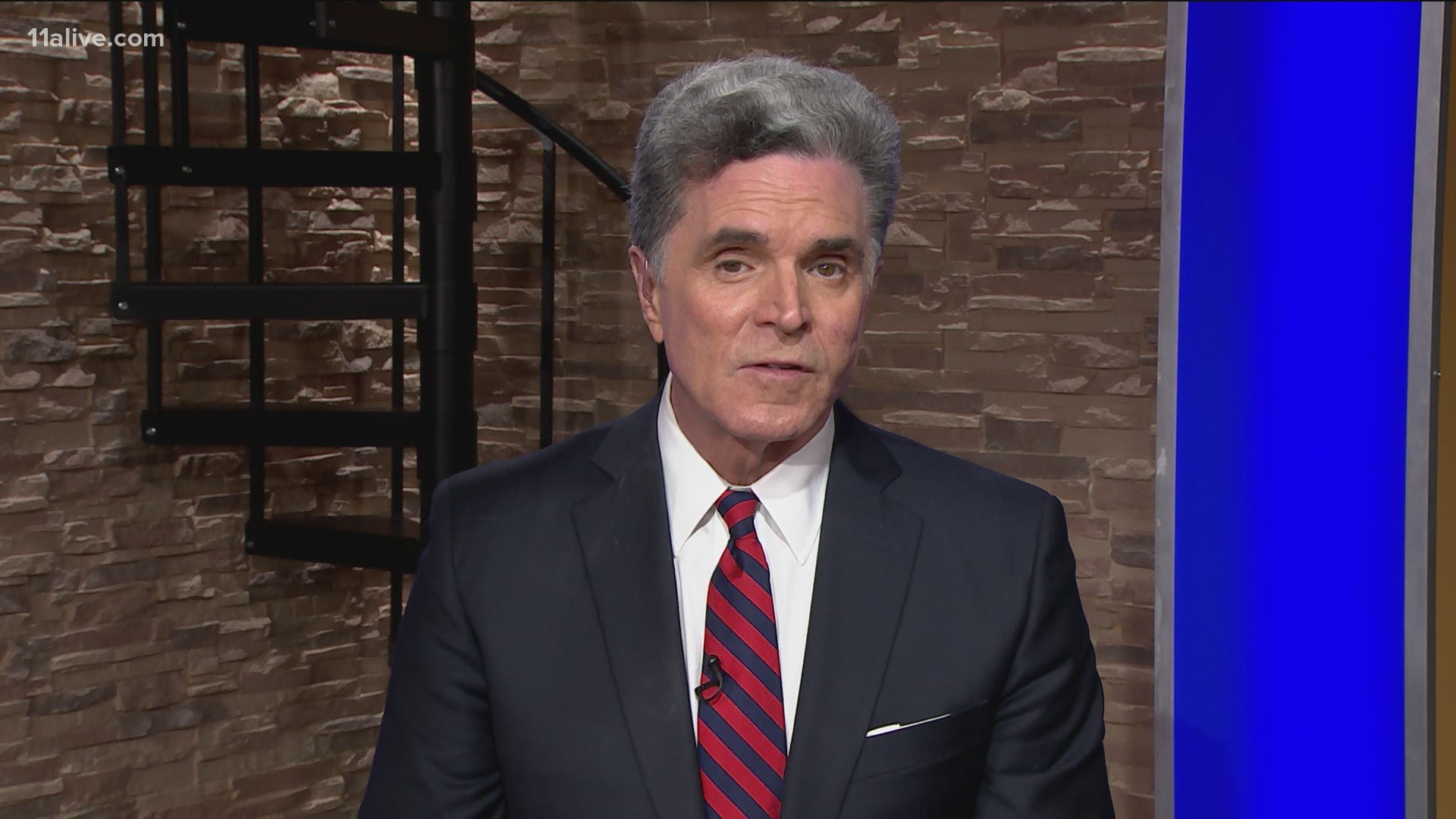 ATLANTA — Georgia's recount is, but for a hiccup in Fulton County, just about complete - and increasingly that formality is taking a backseat to the political and legal drama as President Trump's advocates continue down a path of attempting to invalidate the election.

All indications are that once Fulton County's issue involving roughly 4,000 ballots that needed to be re-scanned is resolved, the recount will be over. Current results show Joe Biden with a lead consistent with his original margin, which was also confirmed by the hand-count audit. The Secretary of State's website lists 146 out of 159 counties as having certified their results.

The state's deadline to re-certify results is Friday. Once that is done, it will mark the official end of Georgia's election process, at least as far as the responsibilities of the state apparatus goes.

Increasingly, though, the focus is turning to the legal and political realm. Dueling state Senate hearings Thursday illustrated that tensions aren't close to easing yet. The first hearing featured representatives from the Secretary of State's Office, answering questions from members of the Government Oversight Committee and explaining how the election worked, what can help it work better in the future, and why there is no conspiracy to manipulate Georgia's outcome.

The second hearing, with a Judicial subcommittee, featured Rudy Giuliani, advocates featured in the so-called "Kraken" lawsuit, and a number of witnesses who, fundamentally, believe in the conspiracy claim that is central to President Trump's legal challenges.

The court cases taken up by the president's unofficial legal team in Georgia have so far made little progress. The political argument, made to state senators yesterday, is that the Georgia General Assembly must convene to re-write election law, so that hand-picked Electoral College voters can be selected to give the state's votes to Trump. There's little indication of widespread support among the state legislature for that, either.

How Georgia arrives at a resolution to all this will have big implications on the Senate runoffs set for Jan. 5. According to federal law, legal challenges to the election results must be resolved by Dec. 8.

Then, Electoral College voters around the country are scheduled to cast their votes on Dec. 14.

9 p.m. | Secretary of State Brad Raffensperger said Gov. Brian Kemp agreed to his request for the Georgia Bureau of Investigation to assist in ongoing investigations related to the 2020 General Election.

Raffensperger's office sent a news release that said the secretary requested the additional assistance on Friday, and Kemp agreed quickly the same day.

“I have assured Georgians throughout this process that I will investigate every credible allegation that is brought to my office, and I appreciate the leadership and resources that Gov. Kemp is providing,” Raffensperger said. “The governor and I are committed to following every lead, and the expertise, experience and manpower provided by the GBI will help us move more quickly through a process where time is of the essence."

"We will stop at nothing to guarantee that all Georgians can have faith in the integrity of our election," he added. "At this point, my office has found no evidence of widespread fraud, and three recounts -- including a hand recount of paper ballots that voters read and approved before scanning -- have returned the same result, but we will follow the evidence where it takes us and we will adhere to the law.”

3:45 p.m. | Sen. Loeffler has now tweeted about the campaign staffer, whom she identified as Harrison Deal.

"Harrison was a smart, bright, loving, loyal and outstanding young man. Harrison embodied the very best of this campaign - and the very best of our state," Loeffler tweeted. "We will forever cherish and honor Harrison’s memory, and I ask every Georgian to join us in praying for his family during this difficult time."

It is with an extremely heavy heart that we mourn the loss of Harrison Deal. My heart aches for his family, and Jeff and I will continue to surround them in love and prayer in the days ahead. Harrison was a beloved member of our campaign team.

3:30 p.m. | At a rally in Savannah with Vice President Mike Pence in support of Sens. Kelly Loeffler and David Perdue, Rep. Doug Collins says Loeffler won't be there because an individual on her campaign staff died in an accident today.

2:10 p.m. | Gov. Brian Kemp's spokesman, Cody Hall, says on Twitter that the governor and first lady, Marty Kemp, will not be at the rally with Vice President Mike Pence and Sens. Kelly Loeffler and David Perdue this evening in Savannah due to a family emergency.

Due to a family emergency, @GovKemp and @GAFirstLady will not be able to greet the Vice President in Savannah today as planned. #gapol

12:00 p.m. | After yesterday's state Senate hearings, the Georgia House has now announced hearings for next week:

11:05 a.m. | Vice President Mike Pence is due to arrive shortly in Georgia for a stop at the CDC and later a rally in Atlanta.

10:35 a.m. | Regarding the events at State Farm Arena on election night, Gabriel Sterling in the Secretary of State's Office has indicated a law enforcement investigation is being conducted. It's not clear what agency might be conducting that investigation, or when it would have begun.

With sworn POST Certified law enforcement officers doing their job and actually investigating. As opposed to jumping to irresponsible conclusions of fraud...that further undermine the process. The truth and facts matter.

10:30 a.m. | Fulton County's Board of Elections during their meeting discussed the State Farm video at length, and you can watch that discussion below. The county voted to certify its election results 3-2. 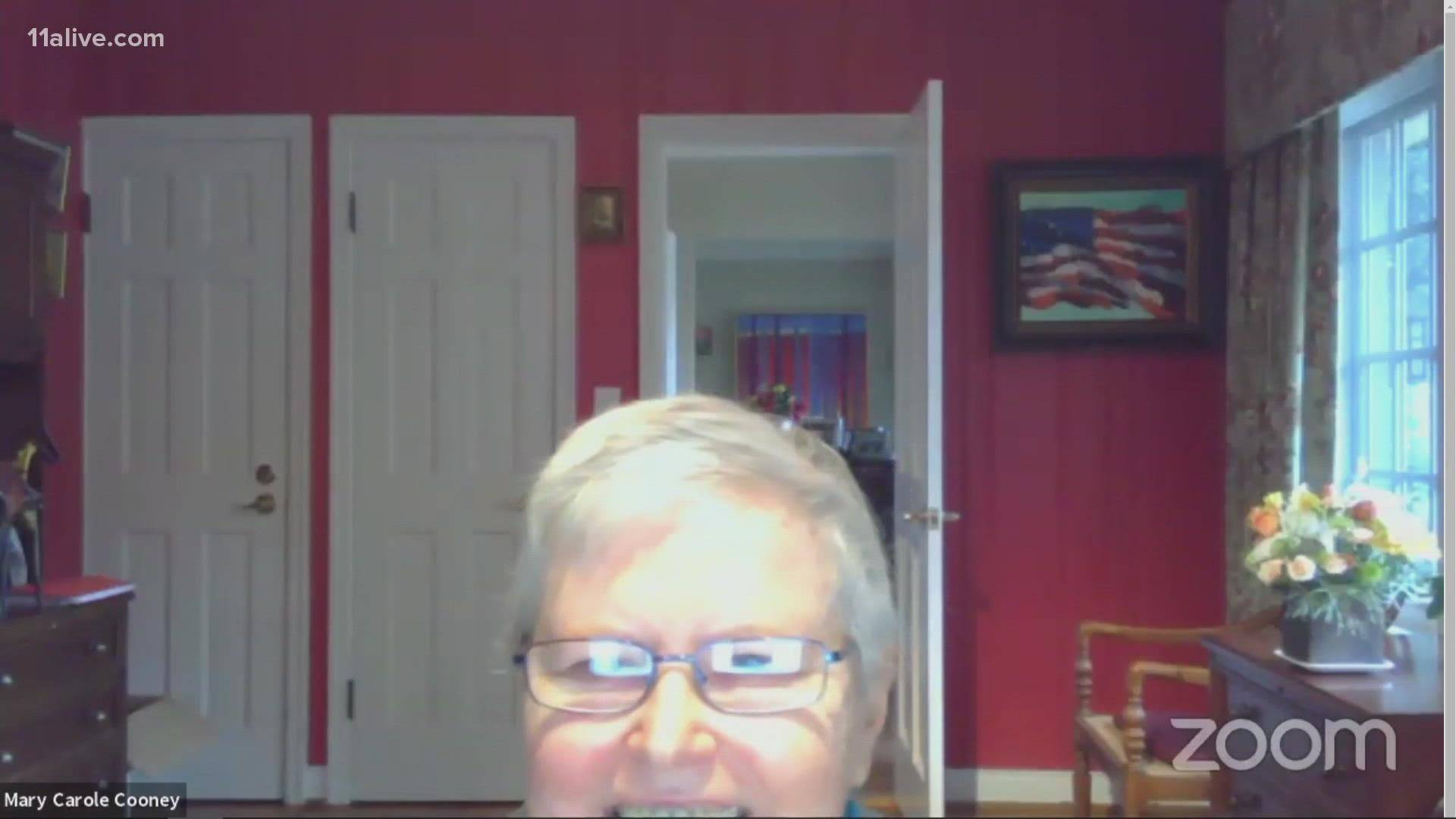 9:50 a.m. | Fulton Elections Director Rick Barron says death threats have been sent to the supervisor who was at State Farm Arena on election night, as well as her mother.

9:20 a.m. | Here's what Fulton County Elections Director Rick Barron had to say about the surveillance video from State Farm Arena that has become a major point of contention among those who believe there was fraud in Georgia's election process:

"I'll just address the timeline of that evening - the staff at State Farm that evening, they began letting certain people go, no announcement was ever made to leave, for anyone to leave. Certain staff that were on the cutting stations, that were on the flattening stations, that were extracting from the inner envelopes, those staff left as work completed. I found out sometime, I think a little after10:30, that they were gonna cease operations and I told them not to do that... at about 11:15 they were fully scanning again, and once they were scanning Carter Jones, the State Election Board monitor, he told me 11:42 or 11:52 that he arrived. There were media in the room, external affairs representative there until approximately 11:15. The Secretary of States investigator arrived at 12:15, and they scanned until all the ballots they had available to scan were complete and then cleaned up the room.

"What the video shows is that they have pulled out plastic bins from underneath the desks, those are bins that they keep under their desks near the scanners. They will cut those seals that are on those, open those up and pull the ballots out.

"They were still in the process of cleaning so they hadn't sealed those ballot boxes up, so they were able to just start right back up, normal processing that occurred there.

"Other than that we've gone through everything with the Secretary of State investigators on that video and the timeline that evening."

8:45 a.m. | The Secretary of State's site updated a few minutes ago, with one additional county (now up to 146/159) appearing to have certified. A number are expected to do so this morning, including Fulton County. We will be streaming their Board of Elections meeting, which starts at 9 a.m.

Regarding the hearings yesterday, the county also put out this brief statement on 'Twitter a moment ago:

Fulton County takes the responsibility of protecting the vote seriously & we are committed to free, fair and transparent elections in compliance with law. Despite rampant misinformation & allegations, we are aware of no credible reports of voter fraud in Fulton County.

7:40 a.m. | In another development, Gov. Brian Kemp appeared on Laura Ingraham's Fox News program last night and, for the first time, called for an audit of the signatures on absentee ballot envelopes.

The president has pressed for such an audit, claiming that it would show scores of invalid ballots were submitted. There is, however, no way to tie the envelopes back to the votes they were cast with, and it's not clear what kind of remedy could be offered in the event some number of "bad" envelopes were found.

7:30 a.m. | This morning, Gabriel Sterling in the Secretary of State's Office tweeted out an explanation for a video that went wildly viral among supporters of the president after yesterday's second Senate hearing.

The video showed counting being done late on election night at State Farm Arena (which has been acknowledged before), supposedly after election observers and the media had been asked to leave. In particular, many pounced on a clip that appeared to show workers taking ballots out from under a table.

Sterling shared an article from the news site Lead Stories, whose reporter Hallie Golden spoke with him and the chief investigator for the Georgia Secretary of State's Office, Frances Watson.

Watson told Lead Stories that observers and media were not asked to leave. They simply left on their own, she said, when they saw one group of workers - whose job was only to open envelopes, and whose job was done - also leave.

Sterling said the suitcases that came out from under the table were consistent with how ballots are removed from containers and scanned.

"If you look at the video tape, the work you see is the work you would expect, which is you take the sealed suitcase looking things in, you place the ballots on the scanner in manageable batches and you scan them," he told Lead Stories.