Rep. Doug Collins laid out the formal requests in a statement early Tuesday. 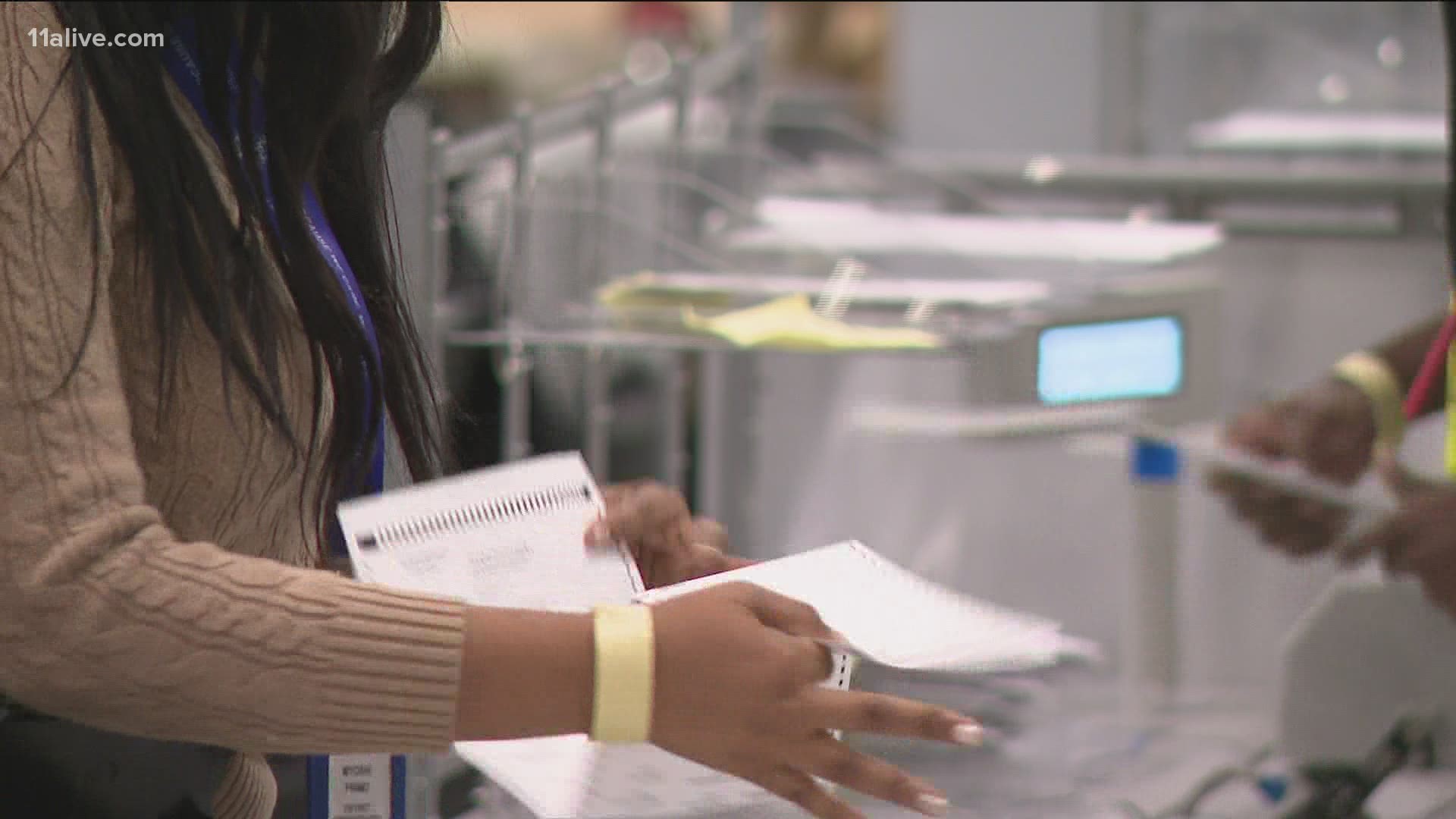 ATLANTA — President Trump's campaign laid out early Tuesday morning what it wants to see done with a recount process in Georgia, including the full count being done by hand.

With less than half a percent separating President-elect Joe Biden and President Trump, a recount at this point is considered inevitable by state officials, including Sec. of State Brad Raffensperger, who has said confidently one will happen.

Georgia does not automatically institute a recount, but a candidate can request one when the margins are within a half a percent, and the president's team has already prepared to do that.

The Trump recount team in Georgia is being led by Rep. Doug Collins, and he issued a statement that outlined three formal requests they want to see applied to the recount process.

That statement asked for: One, a "full comparison of absentee ballots cast and in-person and provisional ballots cast throughout the state." Two, a "check for felons and other ineligible persons who may have cast a ballot." The third request is for a "full hand-count of every ballot cast in each and every county."

The Trump team said it would take its request to court if the Secretary of State's Office did not implement the measures on its own, but said, "we are hopeful he will preemptively take this action today to ensure every Georgian has confidence in our electoral process."

No recount process can be initiated until the state completes its initial certification of results, which it is legally required to do by Nov. 20. It can't certify until it has all the county certifications, and their deadline for completing those is this Friday, Nov. 13.

As of Tuesday morning, about half of Georgia's 159 counties had certified their results.