The cases date as far back as 2014 and include accusations of double voting in the 2016 presidential election. 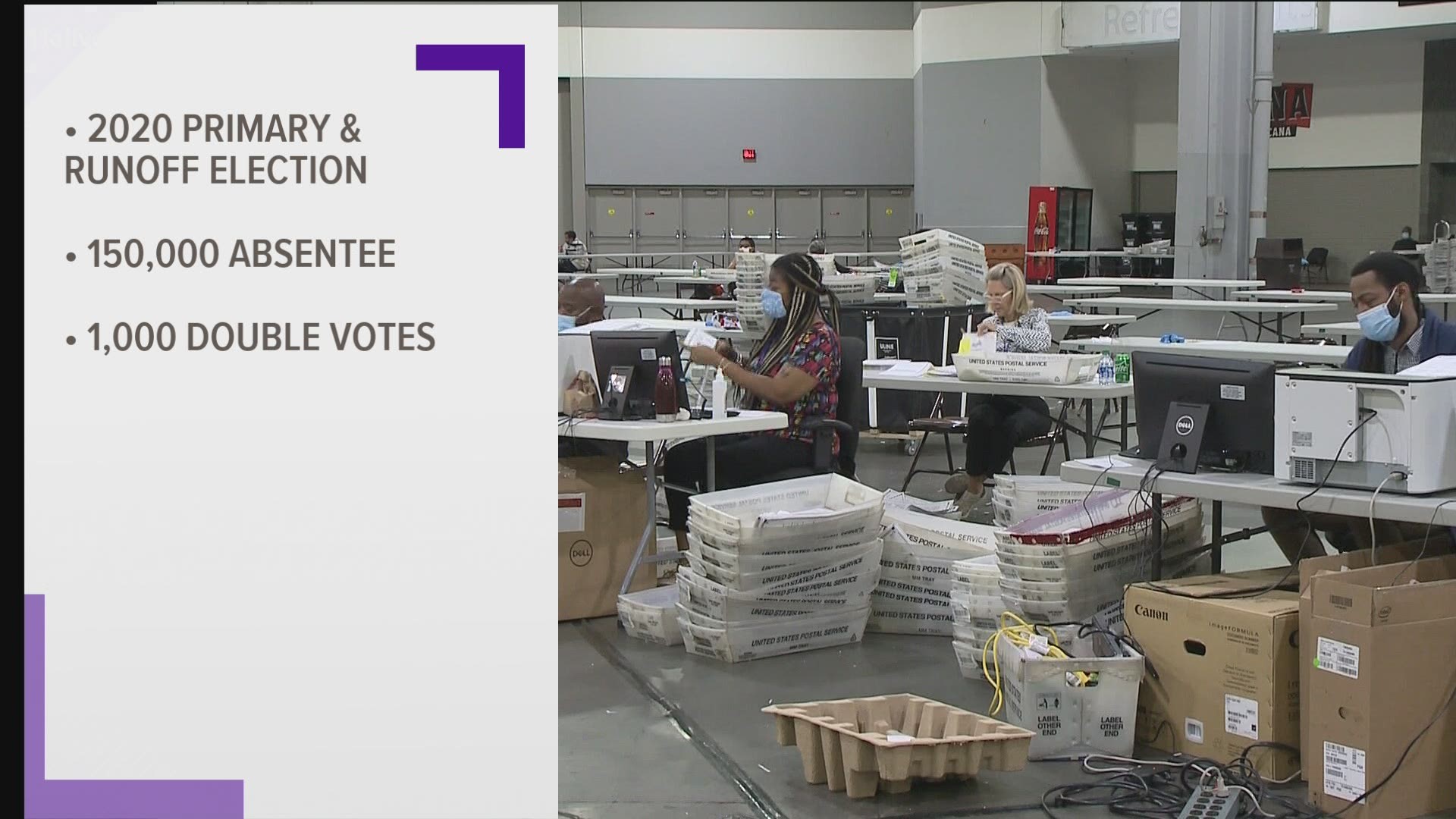 ATLANTA — Georgia Secretary of State Brad Raffensperger's office said Friday that the State Election Board had referred almost 100 voter fraud cases to the state attorney general, some of them spanning as far back as 2014.

According to a release by the Secretary of State's Office, the cases involve "various voting administration and integrity issues" as well as "individuals accused of double-voting during the 2016 presidential election, and individuals investigated for submitting absentee ballots on behalf or children of the deceased."

Those cases will now be under the jurisdiction of state Attorney General Chris Carr.

The Secretary of State's Office highlighted two specific instances of alleged double-voting, one in Putnam County and one in Murray County in which the voters were said to "knowingly (take) advantage of glitches or poll worker errors to cast a second ballot in the election."

There were roughly 4.1 million votes cast in Georgia for the 2016 presidential election.

In another case highlighted by the Secretary of State's Office, one woman in Twiggs County was accused of registering her two children to vote and requesting absentee ballots for them, then submitting the ballots herself, in the May primary that year.

“Protecting the integrity of the vote is my highest priority as Georgia’s chief elections official,” Sec. Raffensperger said in a release. “A fraudulent vote dilutes the power of those voters who follow the rules and undermines the fundamental democratic idea of one person, one vote. As Secretary of State, I will investigate any and all attempts to delegitimize elections in Georgia.”

Earlier this week the secretary of state said there had been 1,000 possible cases of double voting in this summer's primary and runoff elections. It is unclear if any of those cases were among those referred to the attorney general on Friday.