Lawmakers in 17 other states have signed on to the Texas suit. 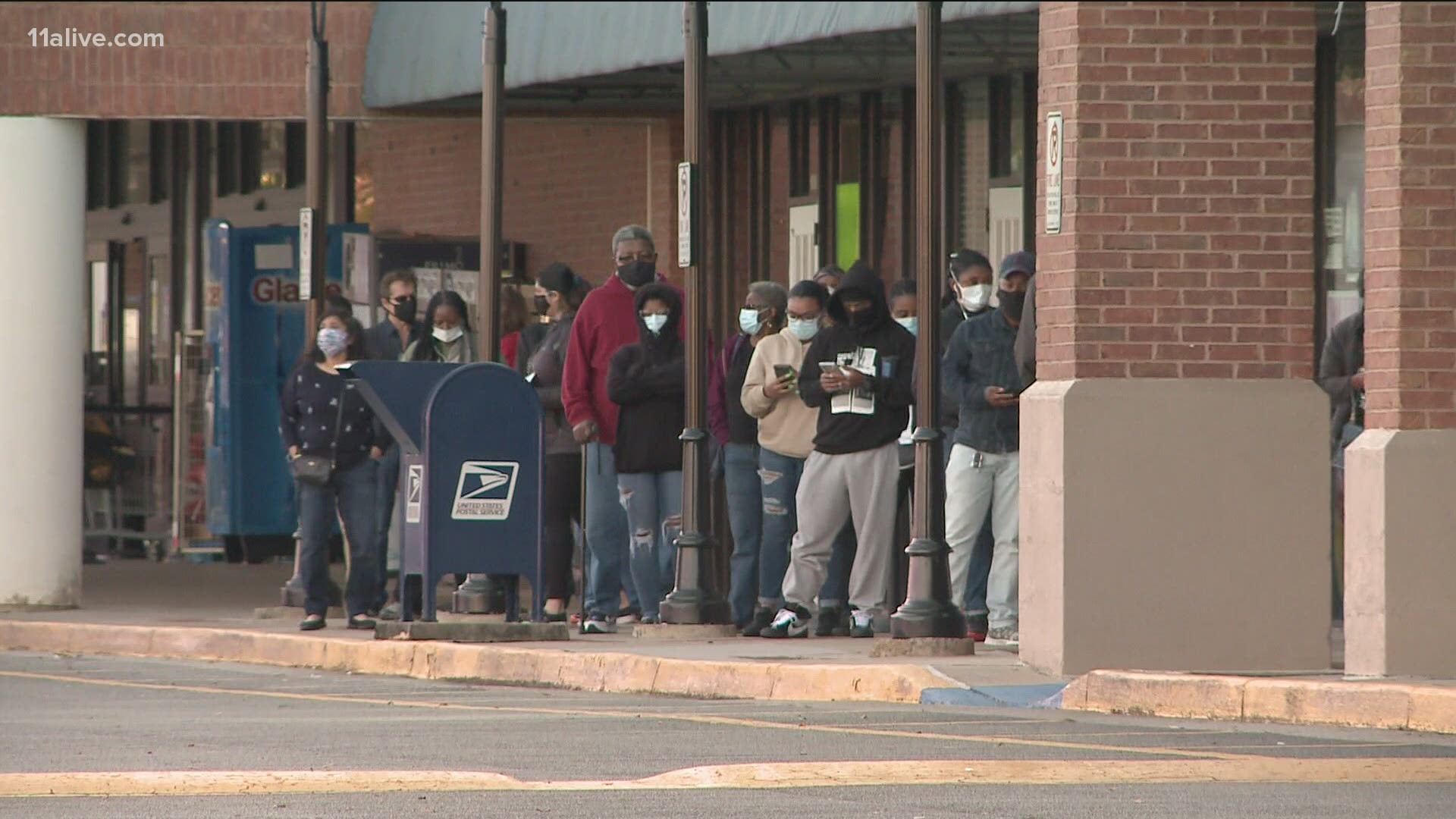 ATLANTA — The state of Georgia responded on Thursday to the motion filed by the Texas Attorney General seeking to overturn the presidential elections in Georgia, Michigan, Pennsylvania, and Wisconsin.

Although each of the states already certified their presidential elections, the new motion seeks an emergency order from the High Court to invalidate the ballots of millions of voters in the four states in question -- each of which were won by President-elect Joe Biden.

The motion insists that the state of Texas has standing the matter, saying there has been a so-called "direct injury" to the state because each of the states has a "distinct interest in who is elected Vice President and thus who can cast the tie-breaking vote in the Senate."

According to the response filed by Georgia, the speculation that the Vice President may cast a tie-breaking vote is not a recognizable injury. Texas still has two senators, the fact that Texas has two senators have not been altered by the vote in Georgia or any of the other three states embroiled in the lawsuit.

In addition, the motion states Texas has standing due to a supposed injury to the state's electors but does not show exactly how that alleged injury occurring in another state affects the electors in Texas.

Finally, Texas insists it has standing to bring the suit by asserting the "rights of third parties." In essence, Texas is attempting to say that it has the right to determine the rights of Georgia's voters.

In its response, Georgia said the Supreme Court should deny the motion on its face, for these reasons, and because it raises "nonjusticiable political questions." In other words, Texas does not -- and should not -- get to drag Georgia into court and tell them what to do because they don't like Georgia's politics.

"There's almost zero chance of it (the Texas motion) succeeding. It's probably the weakest of all the different legal challenges filed in relation to this election, and that’s saying a lot," Pate said. "Let's put aside the factual allegations about the suggestions of fraud ... the biggest obstacle that Texas is going to have is convincing the Supreme Court that this is the right place to file a lawsuit like that, and (that) they have the right to bring it."

Pate explained that the Supreme Court more commonly hears cases between states where there exists a clear controversy - border disputes, for example, or how Georgia and Florida squabble over water rights.

States tend to bring lawsuits against each other on a regular basis.

In a six-year-long case that appears headed to the Supreme Court, Georgia and Florida have been embroiled in a very heated dispute regarding water rights to the Apalachicola River watershed. The question at hand is who owns the rights to the water upstream, including Lake Lanier, the Chattahoochee River, and the Flint River -- which provides water to metro Atlanta.

Florida alleges they have suffered economic and ecological damage as a result of "overconsumption" of water by Georgia. They want to see curbs placed on consumption by Georgia.

The difference between the "water wars" lawsuit and the Texas lawsuit is that the river basin lawsuit is tied to and associated with a border dispute, where financial and tangible resources between states is at stake.

Experts -- including Pate -- have stated that Texas does not have the same type of standing in this case as Florida does in the water case.

"That’s not what's happening here. What's happening here, is we have a Republican attorney general in Texas trying to make a political statement by filing this lawsuit," Pate said. "There is nothing - no controversy between Texas and Georgia and these other states. It’s a made-up claim and the Supreme Court is very unlikely to accept it."