Runoffs arose to limit power of Black voters in Georgia, much of South, experts say

With two upcoming U.S. Senate runoffs, voters in Georgia could decide the balance of power in Washington. Runoffs, though, come with a racially motivated history. 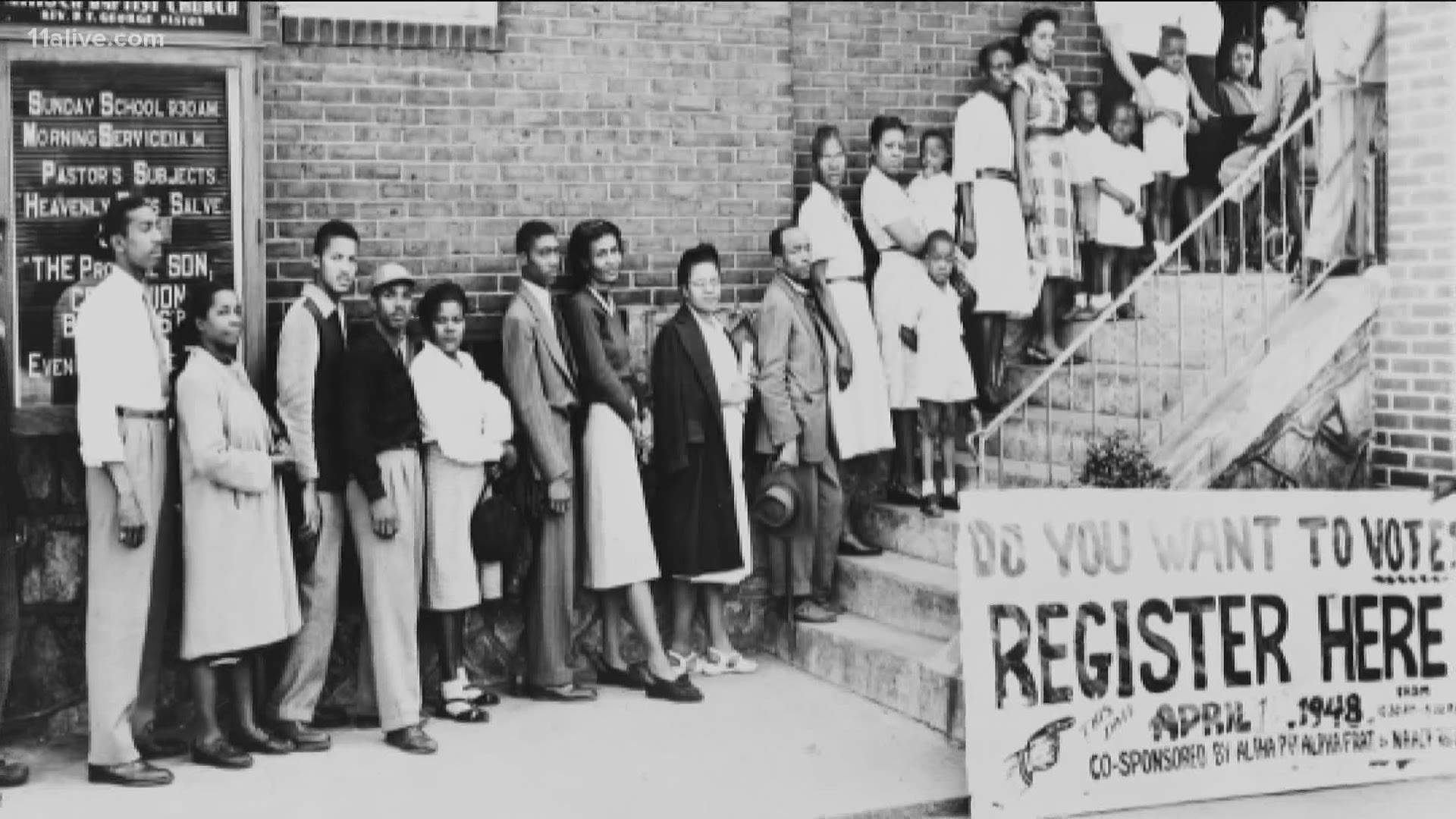 ATLANTA — Georgia grabbed national attention as it switched from red to blue in the presidential election.

Now, with two U.S. Senate races heading to runoffs, potentially deciding the balance of power in Washington, Georgia will now be the center of the political world.

The process of runoff elections is straightforward in Georgia.

In both primaries and general elections, a candidate must receive 50 percent plus one vote. If that doesn't happen, the top two candidates face each other in a runoff to decide the election.

Runoffs, though, once served a racially motivated purpose.

At the Georgia State Capitol in the 1960s, State Rep. Denmark Groover led a charge for runoff elections.

A federal report looking at civil rights in America called Groover a "staunch segregationist" who pushed for runoffs in Georgia as a way to challenge a growing Black political power.

The report reads, "support for the majority-vote plan reinforced the moderate segregationist position. It did not remove anyone's right to cast a ballot, but it was commonly regarded as hampering African Americans—the stigmatized bloc voters."

While still allowing Black voters to cast a ballot, runoffs at the time, attempted to make sure candidates representing the white majority, not the interests of Black citizens, would be elected.

"The South traditionally was a one-party government - one-party Democrat beginning in the 19th century up until the middle of the 20th century and, more recently, one-party Republican."

As voting laws and patterns have shifted, the impact of runoffs may have also changed.

"They don't function precisely that way anymore, but one has to wonder what function they do have," said Cal Jillson, a political science professor at Southern Methodist University in Dallas, Texas.

Runoffs are linked to elections in the South and required candidates to receive a majority of the votes cast - instead of a plurality.

"Since Blacks rarely form a majority, certainly not statewide and often not in congressional districts, that runoff is an opportunity for the white majority to come together and beat back a challenge from a black candidate," Jillson told 11Alive when describing runoffs historically, which he said began in some states in the 19th century.

When lawmakers such as Groover wrote and passed laws requiring runoffs, they didn't hide their intentions, according to Jillson.

"Before anyone was politically correct, people spoke very directly about their sense of race and the importance of maintaining white supremacy," he said "That is what these electoral rules were intended to do."

"There is less and less reason and really and really fewer and fewer states as time goes by that use runoffs."

In recent years, Georgia has been one of seven states - along with Alabama, Arkansas, Mississippi, Oklahoma, South Carolina, and Texas - where runoffs are required during primaries if a single candidate does not receive at least one vote beyond a 50 percent threshold in an election. In two other states, the bar is even lower: 40 percent in North Carolina and 35 percent in Louisiana. South Dakota and Vermont have very limited instances in which they use runoffs, according to Ballotpedia.

Only Georgia and Louisiana use runoffs for general elections, according to the non-profit.