It will be called the Safe, Secure and Accessible Elections task force and meet weekly until the end of the year. 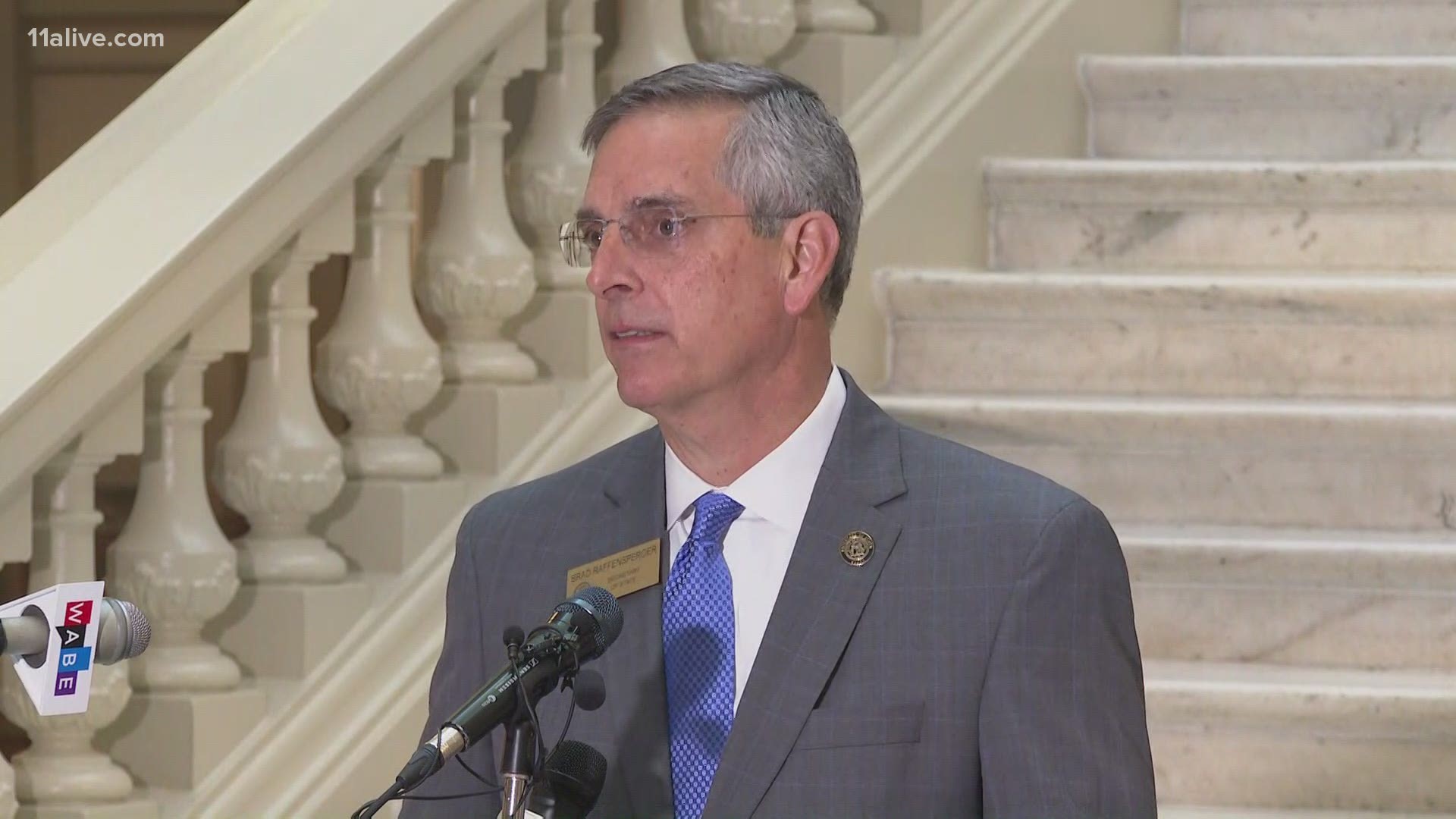 ATLANTA — Georgia Secretary of State Brad Raffensperger said Wednesday he was forming an elections task force that will meet weekly until the end of the year to "further the discussion on the election this Fall and to address the challenges in election administration."

A release described it as a "a bipartisan group of leaders in the political, civic, and educational spaces to meet weekly and discuss the ways elections processes can be improved moving forward."

"The Secretary will solicit the task force members for innovative ideas to build on the nation leading ballot access options provided in the Peach State, including no excuse absentee ballot voting by mail or through a secure drop box, gold-standard three weeks of early voting, and Election Day voting," the release said.

“Our teams are keeping Georgia voters the focal point of all of our elections,” Raffensperger said in a statement. “I am grateful that these leaders, from various professional and ideological backgrounds, are coming together to help meet that goal; not just for this election, or the next, but for elections in years to come. Improving the integrity of our elections and increasing voter confidence in their outcomes is vital.”

The announcement of the task force coincides with a surge in early voting participation in Georgia this year, with the state expected to surpass 2 million votes cast on Wednesday - more than a quarter of the state's 7.5 million-strong electorate.