It has been a record-setting year so far for early voting in Georgia. 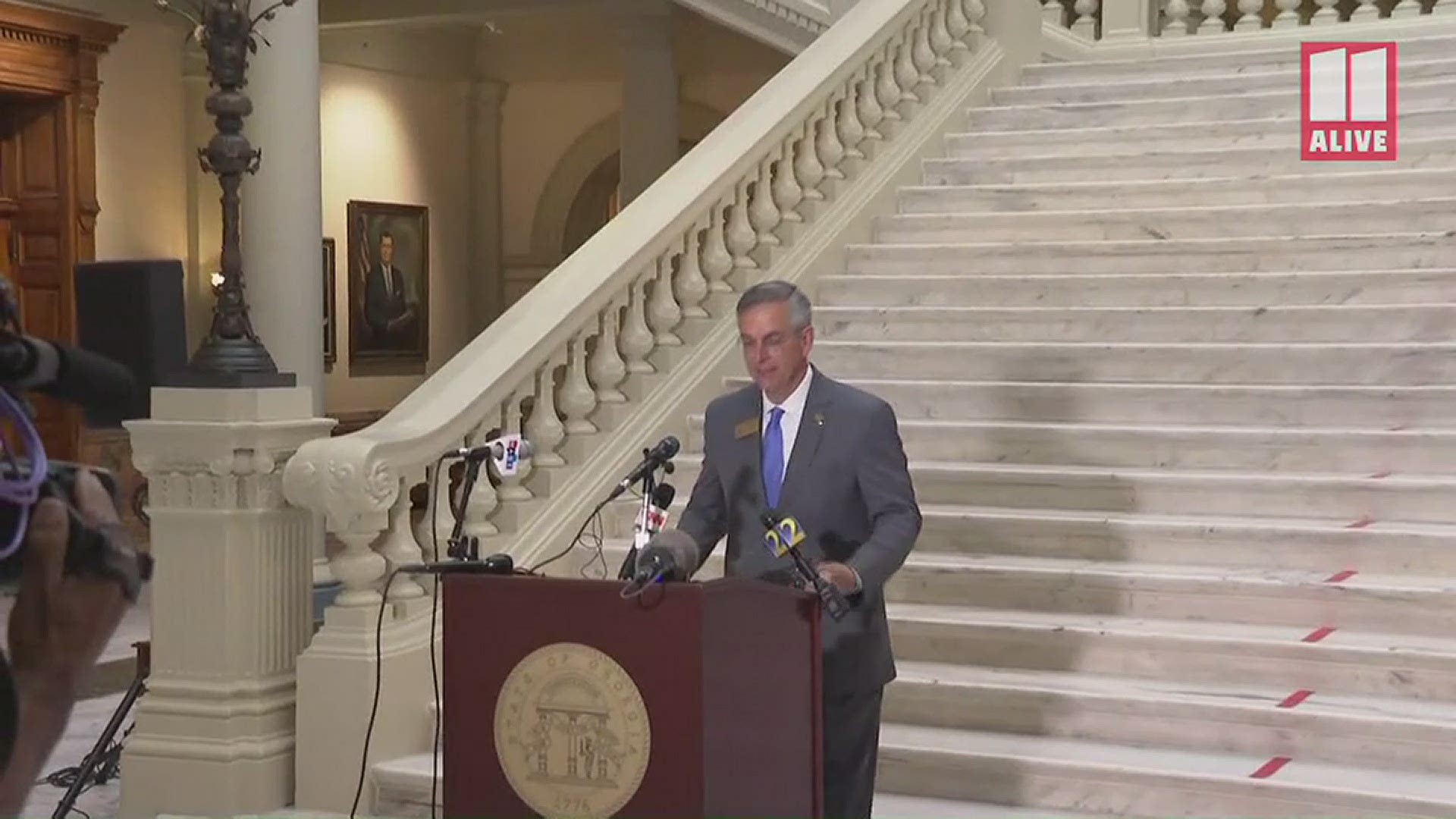 ATLANTA — Georgia Secretary of State Brad Raffensperger held a press conference regarding early voting on Wednesday morning at the south staircase at the Georgia Capitol.

He discussed updates regarding early voting, absentee voting, and preparations for this upcoming Election Day.

"Georgia voters are setting records every hour," he said in his opening statement.

Some 2.5 million people voted Tuesday across the U.S. as more states opened up the early voting period, increasing what was already a record early vote turnout, according to the U.S. Election Project. In Georgia, 111,000 people voted on Tuesday alone.

Raffensperger mentioned that some counties were closed due to Columbus Day, but 10% of 7.6 million voters have cast their ballots so far (including absentee ballots).

"Georgia continues to set records for voter turnout and election participation, seeing the largest increase in average turnout of any other state in the 2018 midterm election and record primary turnout in 2020, with over 1.1 million absentee-by-mail voters and over 1.2 million in-person voters utilizing Georgia's new, secure, paper ballot voting system," the Secretary of State's office said.

However, early voting hasn't been without its problems amid this pandemic. Some voters have reportedly stood in long lines for up to eight hours. Others reported delays in the poll openings. On Wednesday morning, voters in Cobb County were in line as early as 4 a.m. to avoid extensive wait times.

"The record number turnout ... has slowed down processing for some voters," he said.

Raffensperger said some buildings can only hold so many machines. He said he knows that Gwinnett County will be looking to see what they can do in regards to adding equipment and such. He said long lines can be attributed to bandwidth issues, problems with poll pads, and people showing up for in-person voting that originally requested absentee ballots.

He implied that this isn't an issue of voter suppression, but that some precincts are more favored than others. He pointed out North Fulton as an example.

"That's a 50-50 Republican-Democrat area ... so it's just some precincts are more favored by voters and they have a longer line," Raffensperger explained.

He also said that some of the lines appear to look long due to social distancing and cleaning in between voters.

"It's a slower more cumbersome process just due to the pandemic," he explained.

He encouraged all of the people that requested an absentee ballot to stick with that method of voting because it will "take all of the pressure off of polling locations."

Raffensperger said that those with lines "are adding equipment to deal with those issues." He said those issues are good issues. "So many Georgians are excited to get out - both in person and in absentee," he said.

"Together we will have a successful election, keeping all of our voting options accessible regardless of zip code," he stated.