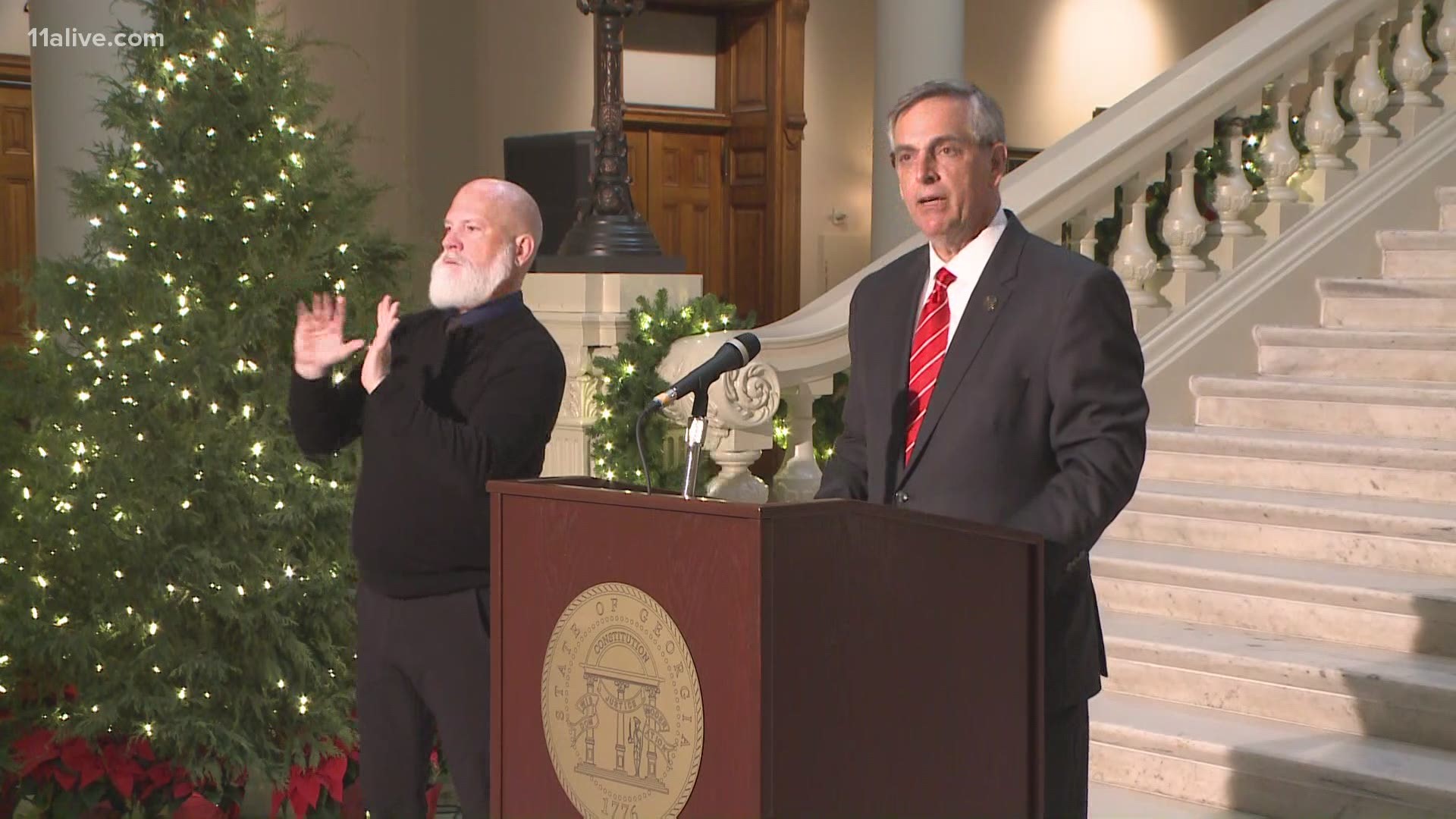 ATLANTA — UPDATE: The Secretary of State's press conference has concluded. You can watch his remarks above.

The Georgia Secretary of State's Office will be holding a press conference at noon today to provide an update on the state's ongoing election procedures.

Early voting began this week, and more than 700,000 Georgians have already cast their vote for the Jan. 5 Senate runoffs, either through early in-person voting or with an absentee ballot. More than 1 million absentee ballots have been requested.

A release announcing the news conference did not detail what the Secretary of State's Office would exactly address. It will be held at the State Capitol.

11Alive will stream it in the video player above and on our YouTube channel.