It comes following the official recount of the state's votes, the third count conducted to determine Georgia's election outcome. 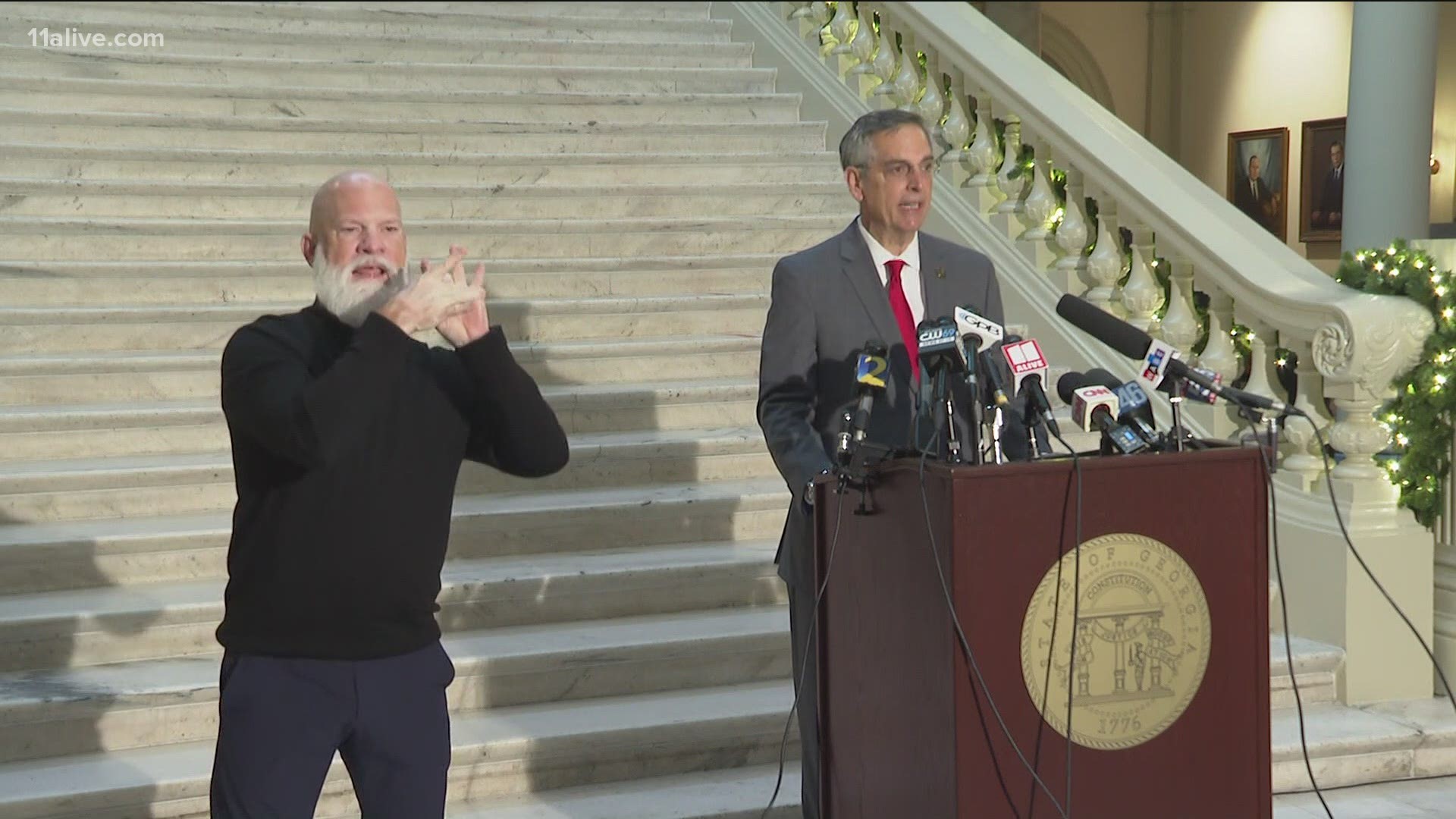 A release went out saying the following, including the secretary's comments on the "Kraken" suit's dismissal earlier:

Secretary of State Brad Raffensperger today recertified the results of the November 3, 2020 presidential election. The recertification came following an audit-triggered hand recount and a formal recount requested by the Trump campaign. Both recounts upheld the original outcome of the race. The certified results of state and federal races can be found on the Secretary of State’s website: sos.ga.gov.

Also this morning, the “Kraken” lawsuit launched by former Trump lawyer Sidney Powell was dismissed by judge of the United States District Court of the Northern District of Georgia Timothy Batten.

“Today is an important day for election integrity in Georgia and across the country,” said Secretary Raffensperger. “The claims in the Kraken lawsuit prove to be as mythological as the creature for which they’re named. Georgians can now move forward knowing that their votes, and only their legal votes, were counted accurately, fairly, and reliably."

Georgia Secretary of State Brad Raffensperger said Monday he would re-certify the state's result following a recount which show, for a third time, that Joe Biden has won the state.

That official recount has confirmed what the other two counts determined: That Joe Biden won Georgia by roughly 12,000 votes.

"Today the Secretary of State's office will be re-certifying our states election results," Sec. Raffensperger said. "Then the safe harbor under the United States Code to name electors is tomorrow, and then they will meet on December 14th to officially elect the next president."

The secretary was referring to the Dec. 8 deadline set by federal law for states to resolve election disputes before the Electoral College meets on Dec. 14.

Once the results are re-certified, it will officially bring to a close the more than month-long process that has followed the Nov. 3 election to finalize things in Georgia.

It has continued as Raffensperger and other Republican state officials, including Gov. Brian Kemp, have been excoriated by the president for not taking steps to help him overturn the outcome in Georgia, which he has claimed is illegitimate because of widespread fraud and manipulation.

State officials have adamantly rejecting those claims, playing what one official described Monday as "whack-a-mole" like efforts to dispel misinformation.

"Whether it is the president of the United States or a failed gubernatorial candidate, disinformation regarding election administration should be condemned and rejected," Raffensperger said, referring the latter to Stacey Abrams' 2018 Democratic run for governor. "Integrity matters. Truth matters."