Georgia voters will elect two US senators in 2020

Normally only one US Senate race appears on a ballot during an election cycle. 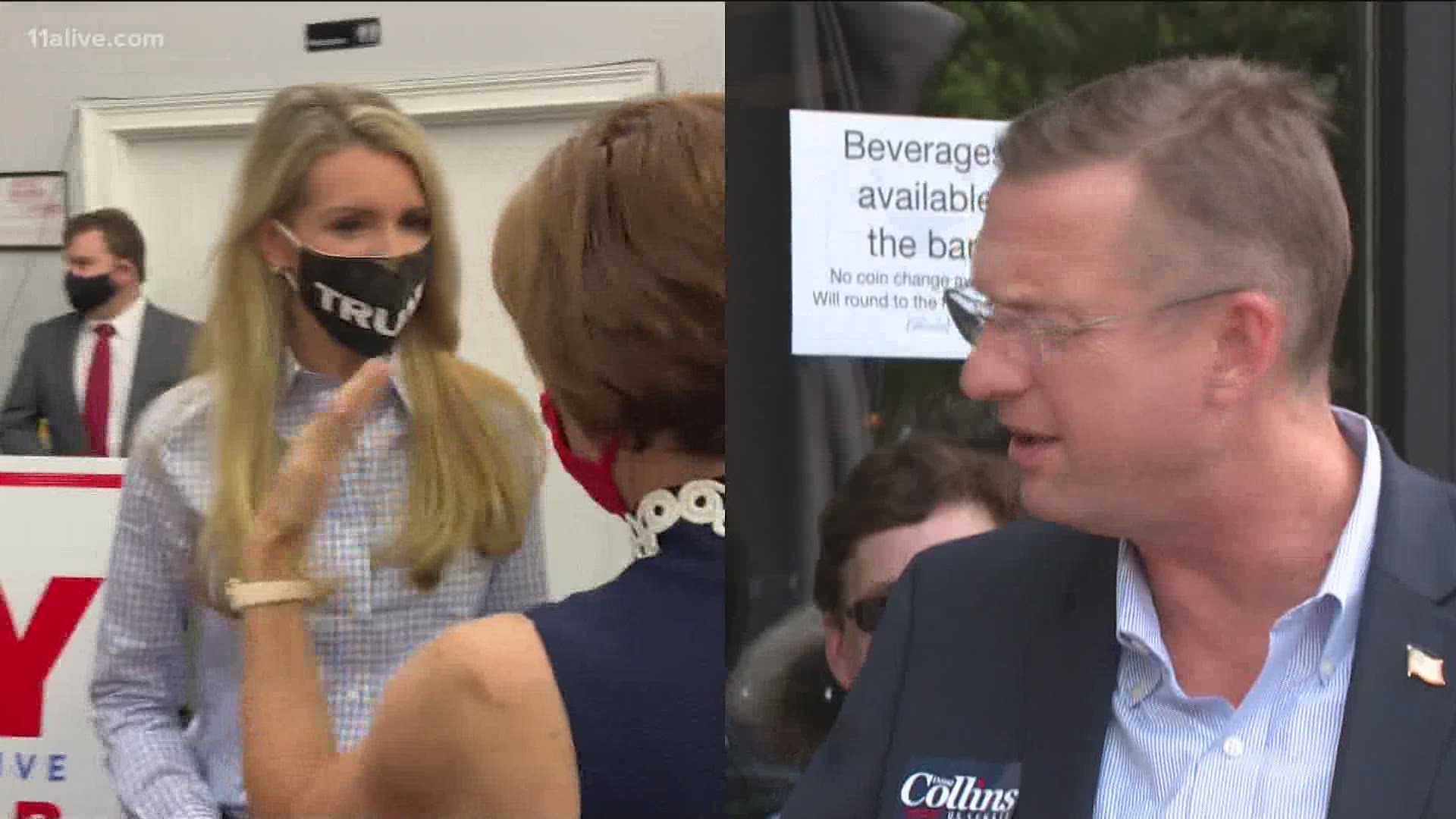 ATLANTA — Ordinarily, only one United States Senate seat is up for grabs in a given state in a given election cycle.

Once elected, a US Senator serves for a six-year term, and their terms are staggered. As a result, they are not ordinarily up for election at the same time.

This cycle, however, voters are presented with a unique situation.

The regular election for US Senate features incumbent Republican senator, David Perdue, going up against Democratic challenger Jon Ossoff. Perdue is at the conclusion of his first term as senator and is considered a close ally of President Donald Trump.

Ossoff, Perdue's Democratic opponent, ran a very tight race against Karen Handel in Georgia's 6th Congressional District race to replace Republican Tom Price in 2017 when Trump selected Price to be Health and Human Service Secretary. The race between Ossoff and Handel quickly became one of the most expensive in the nation's history, with Handel besting Ossoff in a runoff election, 51.78 percent to 48.22 percent.

The other US Senate seat for the state will also be up for grabs in a special election.

Georgia's former senior US senator, Johnny Isakson, retired at the end of 2019, well before the end of his term, to focus on his health.

Businesswoman Kelly Loeffler was appointed by Georgia Gov. Brian Kemp to serve, until voters could participate in a special election to serve until the conclusion of Isakson's term in 2022.

Loeffler is a co-owner of the WNBA's Atlanta Dream. Loeffler's political stance in relation to the Black Lives Matter movement has caused friction not only with players for her team, but with the league as a whole.

After the basketball league issued a statement expressing support for the civil rights movement and indicated they would include "Black Lives Matter" on the courts once the 2020 season got underway, Loeffler wrote a letter to the league's governors opposing the measure.

"I adamantly oppose the Black Lives Matter political movement," Loeffler said, in part. "I believe it is totally misaligned with the values and goals of the WNBA and the Atlanta Dream, where we support tolerance and inclusion."

The race for that seat will be what's called a "jungle primary," which means that it is an all-comers race, allowing multiple people from a single party to participate in the election.

In order to win the seat outright, a candidate would need to receive 50 percent-plus-one vote in the November election. If no single candidate meets that threshold, the top two vote-getters will face each other in a run-off election.

In addition to Loeffler, other prominent candidates running for the office include Republican US Rep. Doug Collins (R - 9th District), who many -- including the president -- had originally hoped Kemp would appoint to the seat in 2020.

Rev. Raphael Warnock, pastor of Atlanta's historic Ebenezer Baptist Church is a popular Democratic candidate running for the seat. He has enjoyed the support of many WNBA athletes in direct opposition to Loeffler.

Other candidates in the race include Democratic candidates Matt Lieberman, Ed Tarver and Deborah Jackson, along with Republicans Annette Davis Jackson and Wayne Johnson.