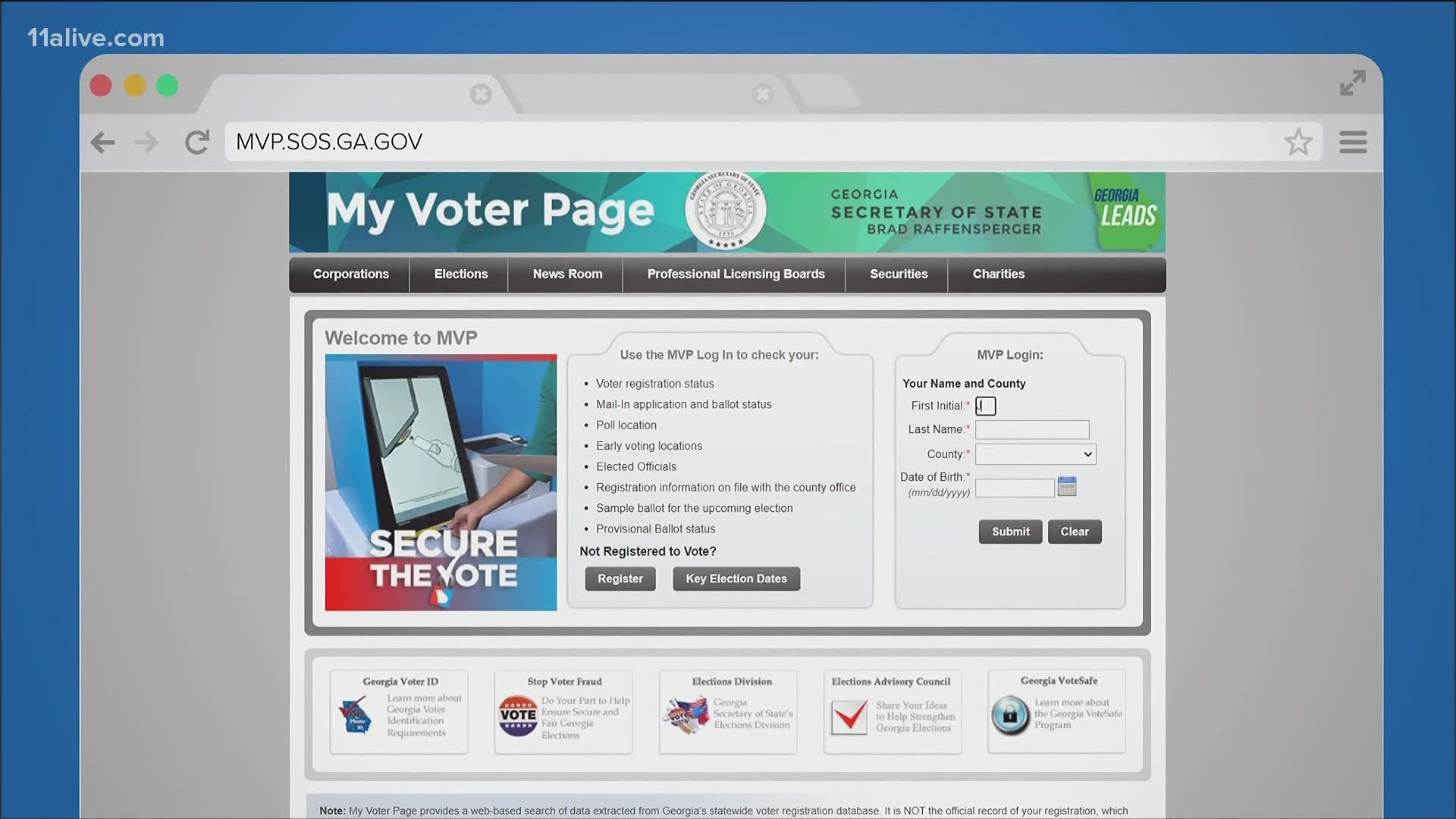 ATLANTA — Today is the deadline to register to vote in Georgia for those who wish to participate in the Jan. 5 Senate runoff elections.

For those who are 17 and eager to vote, you can legally register today and vote on Jan. 5 if you'll turn 18 by that time, according to the Secretary of State's Office.

The Georgia races will determine the balance of power in the Senate - after the results of the November general election, the Republicans have 50 seats and the Democrats have 48. If Warnock and Ossoff were to win, it would deadlock the Senate at 50 seats each, with Vice President-elect Kamala Harris casting the tiebreaker vote under an incoming Biden administration.

In the November voting, Perdue led Ossoff by more than 80,000 votes, but did not clear the 50% + 1 threshold to avoid a runoff. Warnock finished first in the open special election for Johnny Isakson's old seat, edging Loeffler in a field that included some 20 candidates with 32.9% of the vote.