With Senate runoffs a month off, Republicans and Democrats pull out all stops

Getting voters motivated enough to hit the polls outside of a regular election will be key in deciding who takes Georgia's U.S. Senate seats. 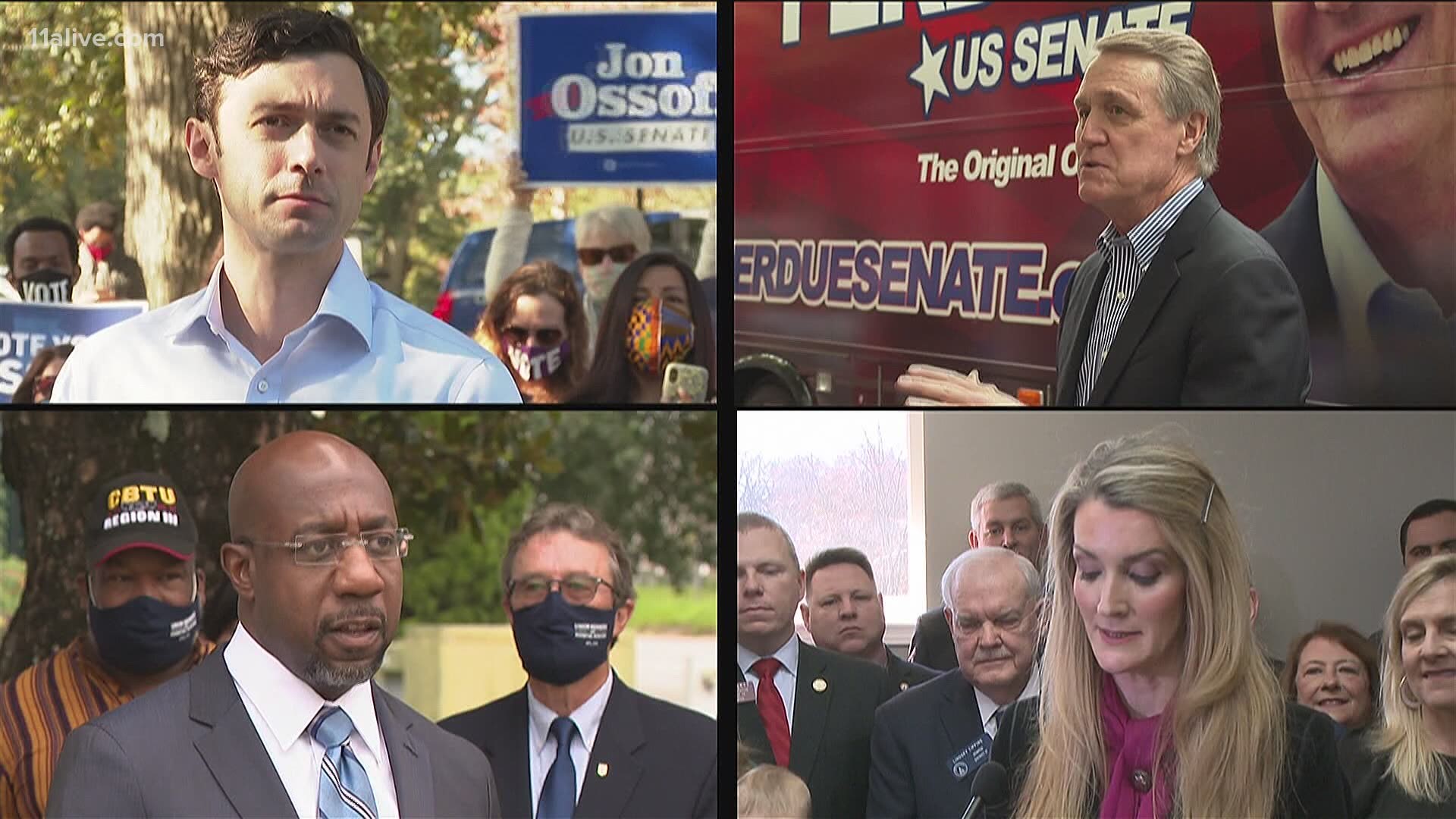 ATLANTA — With a month to go until the Senate runoffs for both of the state's seats, experts continuing suggesting that victory in either race will come down to motivating voters to actually cast another ballot.

The runoffs for the seats currently held by Sens. Kelly Loeffler and David Perdue have become a focal point in national politics due to the fact that they might decide who controls the Senate.

And as both parties continue to hit the campaign trail hard, it's clear they know the importance.

"We've been saying for a long time elections have consequences," he said. "That feels like an understatement these days for we have learned over the last several months especially, that elections are a matter of life and death."

If both win, Democrats take the majority in the Senate.

"You have the power. No one will do it for us," Ossoff said. We cannot be spectators to history. We have to make history together."

On Friday, Vice President Mike Pence campaigned in Georgia for Perdue and Loeffler - his second time in the state in two weeks. And, on Saturday night, President Donald Trump did the same.

Republicans need to keep at least one Senate seat in Georgia to maintain the majority in the U.S. Senate.