The pair of hearings was held by the Government Oversight Committee and a Judiciary subcommittee. 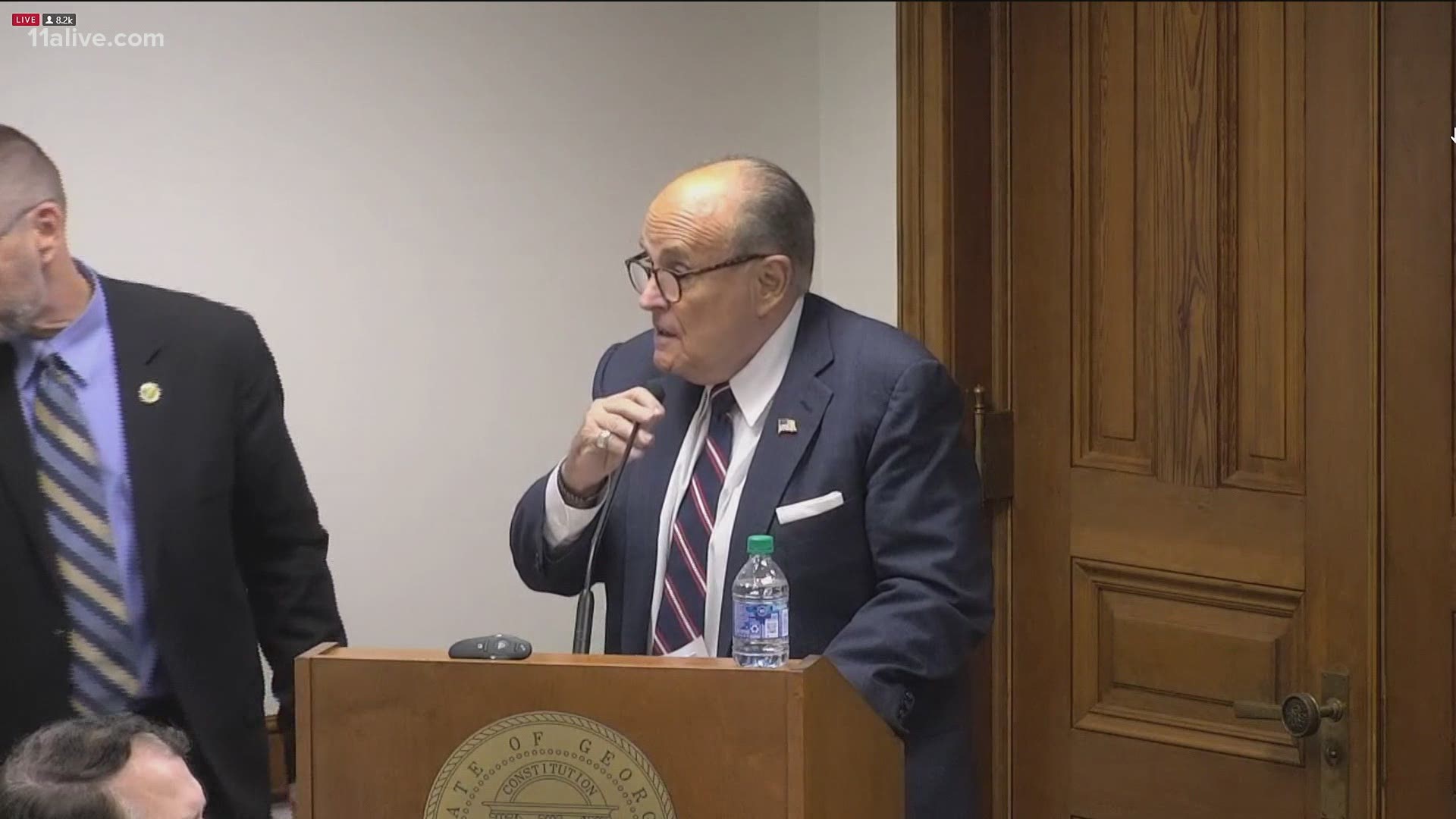 ATLANTA — The Georgia State Senate held two hearings Thursday on the state's election processes, after a tight presidential race that has gave way to a rancorous fight over its outcome.

The first of the two hearings was held at 9:30 a.m., by the Senate Government Oversight Committee, and was meant to "evaluate the election process to ensure the integrity of Georgia's voting process," according to a release.

The second hearing began at 1 p.m. by a Senate Judiciary subcommittee which took "testimony of elections improprieties" and evaluated "the election process to ensure the integrity of Georgia's voting process."

The Republican-dominated Senate is conducting these hearings following persistent accusations among supporters of President Donald Trump that Georgia's election was manipulated. State leaders have repeatedly rejected these claims, saying there is no evidence of widespread fraud or any kind of concerted effort to manipulate Georgia's results.

Court cases brought by advocates of the president alleging widespread fraud have so far made little headway with judges.

The more adamant believers in a supposed Trump victory, including the president himself, have pressured Gov. Brian Kemp to call a special session of the Georgia General Assembly - the state legislature composed of the House and Senate - to effectively re-write the state's election laws so that hand-picked Electoral College voters can be chosen to award the state's votes to Trump.

Those calls, so far, have been resisted. It's not been clear if there's actually any significant support among state lawmakers for such an extraordinary measure, with Thursday's hearings potentially offering a glimpse into the legislature's mindset.

Re-watch the second hearing below: