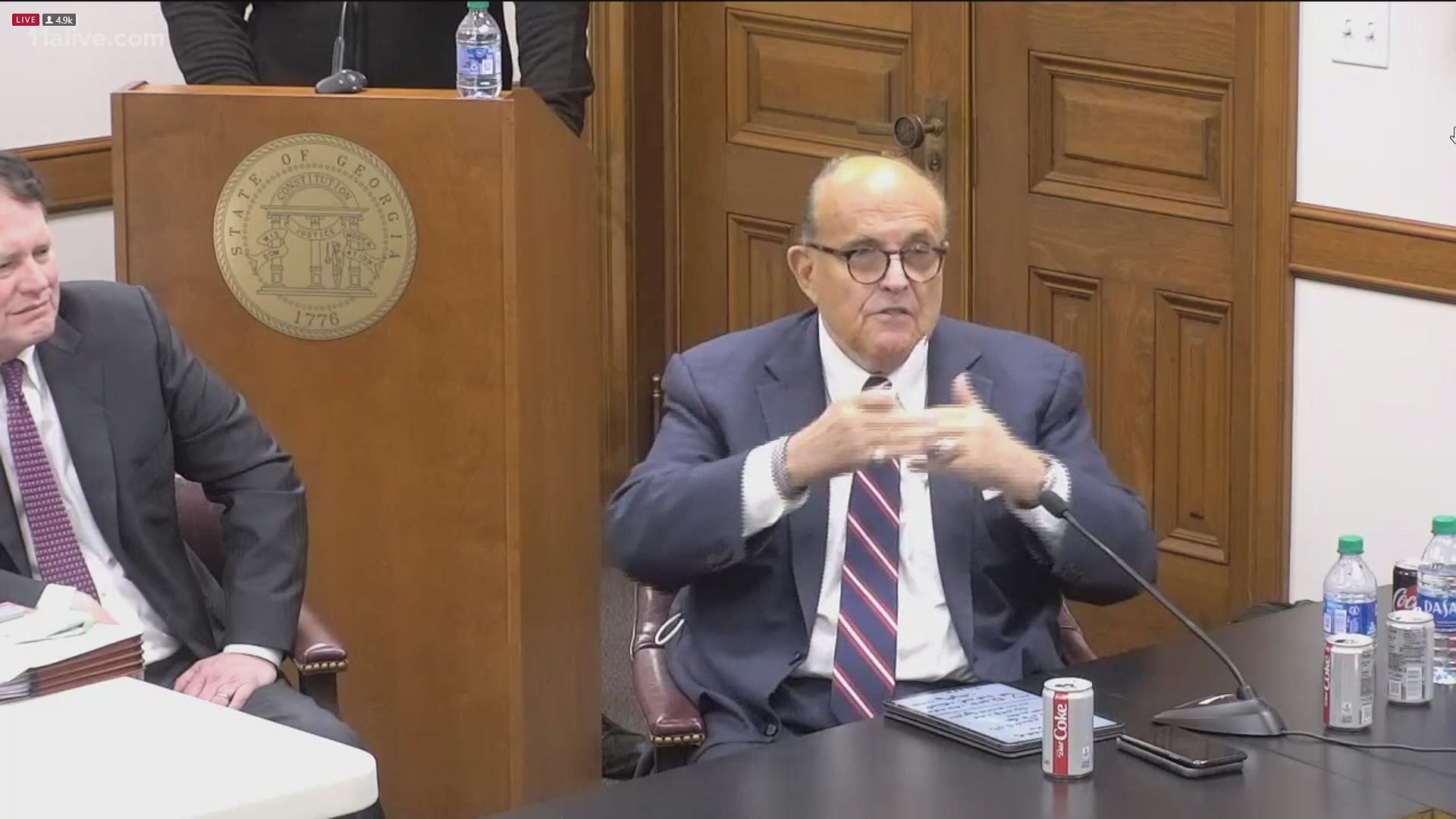 ATLANTA — A positive COVID-19 test for one of President Donald Trump's strongest supporters is now having local repercussions in Georgia after a visit on Thursday.

Trump announced on Sunday afternoon that his attorney and the former mayor of New York, Rudy Giuliani, has tested positive for the virus - just days after attending a daylong Georgia state senate hearing over the state's election results.

The maskless attorney is seen in multiple photos speaking to members of the state senate. One of those photos shows Giuliani face-to-face with Democratic state senators Jen Jordan and Elena Parent during the Thursday hearing.

A message shared by Jordan on Twitter a short time after the news of Giuliani's diagnosis expressed frustration.

"Little did I know that most credible death threat that I encountered last week was Trump's own lawyer," Jordan said. "Giuliani - maskless, in packed hearing room for 7 hours."

As a result of the close contact, a spokesperson for the Georgia Senate said that staff members who were present have been instructed to work from home until they are able to get tested - and receive the results.

How the exposure will impact the actions of state senators is still unclear. The Senate spokesperson said he was unaware of any positive tests among senators at this point.

And while the diagnosis may sideline Giuliani in ongoing election objections brought by Trump, the president wished him a speedy recovery and vowed: "we will carry on."

The Trump campaign later issued a statement suggesting that Giuliani tested negative twice immediately before his trips to Arizona, Michigan and Georgia.

"The Mayor did not experience any symptoms or test positive for COVID-19 until more than 48 hours after his return," the statement reads.

As such, it suggests that no legislators in any state or members of the press are on the contact tracing list. Meanwhile, other team members who have had close contact with Giuliani will be following doctors' orders and Centers for Disease Control and Prevention guidelines.