Georgia election official says this will be largest hand re-tally by audit in U.S. history

'Let me be perfectly clear on this. If it was 14,000 votes the other way, we would be doing the exact same thing.' 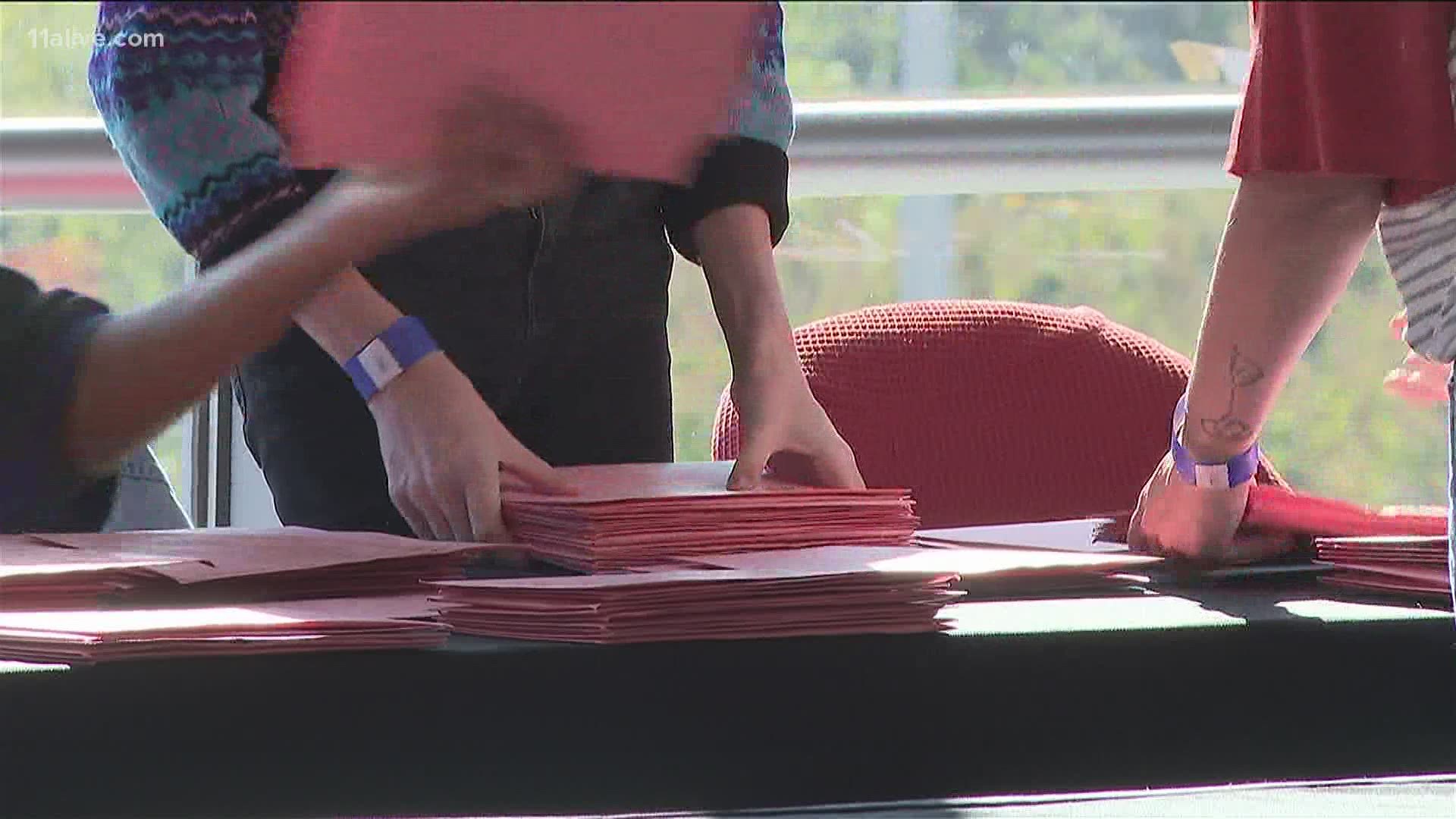 ATLANTA — On Friday, Georgia will start counting all over again the ballots cast in the presidential election in the state, but will be counting them individually, by hand, this time.

It is a massive, laborious, and tedious task.

A training video shows that the task must be done a certain way in Georgia's 159 counties: Teams of two people each will place ballots for Trump in one pile and ballots for Biden in another. They also have to set aside any mailed-in, hand-marked ballot if the voter’s mark is not clear.

“This will be the largest hand re-tallying by an audit in the history of the United States," said Gabriel Sterling of the Georgia Secretary of State’s Office. Sterling said the human re-tally is justified because Biden’s lead over Trump in Georgia is less than half a percentage point.

“Let me be perfectly clear on this. If it was 14,000 votes the other way, we would be doing the exact, same thing," he said.

Fulton County rented a hall at the Georgia World Congress Center in downtown Atlanta to do the hand tally and is in the process of setting up. The county plans to begin counting on Saturday. The teams will work from 7 a.m. to 5 p.m. daily up until Wednesday.

Nearly 300 workers will hand-count the 528,000 ballots cast in Fulton County for president. Democrat and Republican monitors will watch the process, which is open to the public and will be live-streamed online.

Fulton County Commission Chair Robb Pitts said he doesn't know, yet, what the total cost to the county will be, for such costs as leasing the space at the GWCC, and paying overtime to county workers, and hiring additional workers. And he said he doesn’t expect the hand-count will flip the outcome.

"The benefit of this," he said, is that it "doesn't matter which side of the issue you're on. If there are concerns about whether or not all votes are being counted, the accuracy of the votes, I think that...whatever we need to do in order to have a fair, open, transparent process, that's what we're prepared to do.... And that benefit is to reassure the public that every vote that was cast was, in fact, counted."

Elections officials in some of Georgia’s less populated counties said they expect to finish their hand re-tally Friday or Saturday. The deadline for every county is Wednesday night at midnight.