"The polling director informed us that the batteries had died in the polling machines and someone was going to get power cords," one voter said. 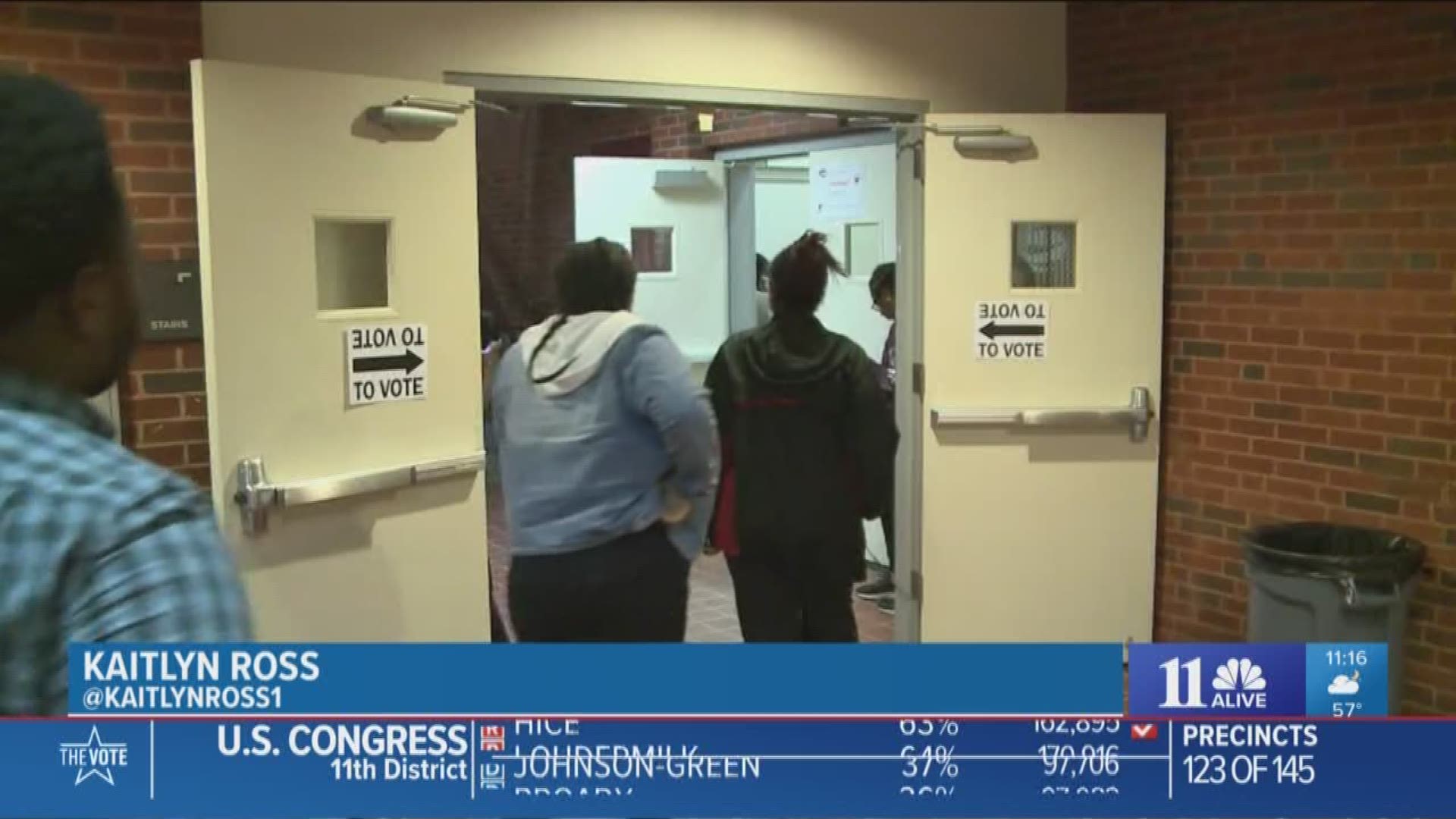 SNELLVILLE, Ga. -- Problems at some Gwinnett County precincts began early on Election Day, with problems reported at two Snellville precincts and a third in Suwanee.

At the Anderson Livsey Elementary School in Snellville, votes were left waiting after all of the voting machines were left without power.

According to 50-year-old voter Nick Alexander, he arrived at 7:15 p.m., shortly after the polls opened.

"The line started to build," Alexander said. "The polling director informed us that the batteries had died in the polling machines and someone was going to get power cords."

"There were only two people there checking IDs -- and you know the line moved at a snail's pace," Alexander said as he left the poll at 10 a.m. "I've been in this process since 7:10 this morning and I'm just leaving now."

"The lines were very long, but had they opened up and done everything right, it would have been a breeze," he said. "We could get in and get out and people could make it to work on time."

► RELATED | Here's how you can report problems at the polls

The Gwinnett County communications director confirmed that the machines were running on battery power and the batteries ran out. He did not know how many machines may have been impacted by the problem.

In a separate incident at the Annistown Elementary School precinct in Snellville, there was an issue with the Express Poll machine, which creates the electronic card given to voters to insert into the voting machine.

This technical issue resulted in a delay to the start of voting at that location of about a half-hour. One voter told 11Alive she waited more than four hours to vote. When asked why, she chose to stay and not leave, she said nothing was getting in the way of her vote.

I believe nothing should get in the way of your ability to vote. With so much talk around voter suppression, I felt like it was important to get my vote casted, no matter what!

Gwinnett County officials asked a judge to extend voting as a result of the problems.. That request was granted. As a result, the closing time for the Annistown Elementary School precinct has been extended until 7:25 p.m. to accommodate voters.

On voter said she waiting around because she really wanted to vote.

"It’s very important and I want to make sure that I exercise my right to vote and putting in that importance that my voice counts. So I needed my voice to count today," Lisa White said.

At around 3:00 p.m., voters told 11Alive's Nick Sturdivant that they were able to vote withing 15 minutes.

"Folks have been committed to their right to vote," Carter said. "That commitment demonstrated by the great number of people - in the hundreds - who waited up to four hours."

► ALSO | What are the Georgia amendments on the 2018 ballot?

"Just a mere inconvenience is not enough to keep everyone from these polls," Johnson said.

"There's 156 precincts in Gwinnett County," Boudreaux said. "Annistown is the only place where we ran into a serious issue."

"We rallied together to make sure that those problems were fixed," said Gwinnett County School Board candidate Everton Blair. "We are happy to report that they are fixed.

There were limited problems reported from several other locations, including the Suwanee Public Library precinct, where issue with non-functioning voting machines were reported.