Gwinnett County could make it very hard to call Georgia before Sunday - or later. Here's why.

The problem in Gwinnett County starts with an apparent issue on election night, when the county started pushing through its second round of batches of votes. 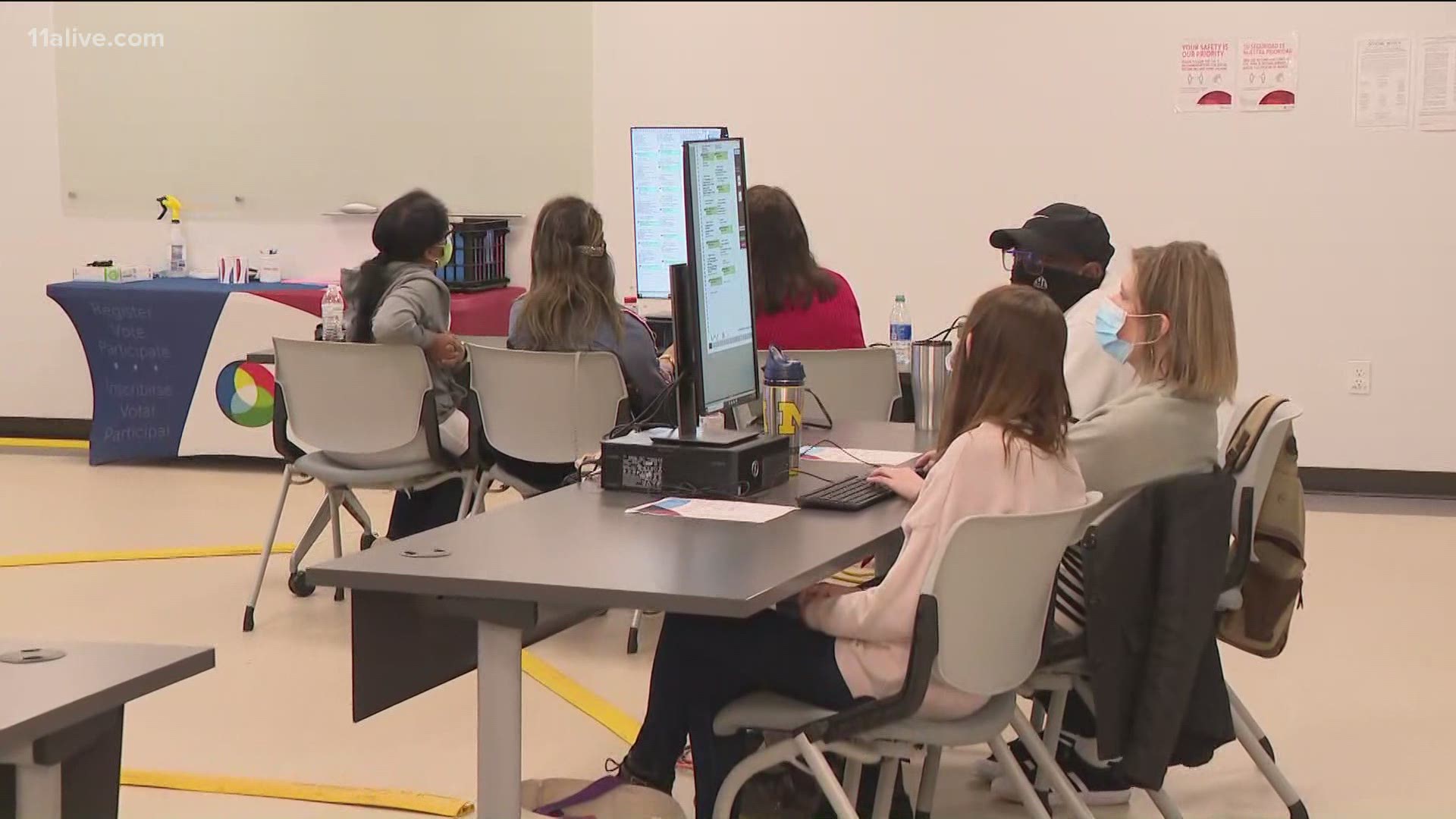 The nation, and the world, really, are watching Georgia closely to see if the Peach State helps tip the scales in the presidential election.

They should get settled in to be watching for a little while.

In a race where the gap between President Trump and Joe Biden had shrunk to fewer than 10,000 votes as of Thursday evening, things could quite easily come down to just hundreds of votes.

The problem in Gwinnett County starts with an apparent issue on election night, when the county started pushing through its second round of batches of votes - about 3,200 batches with up to 25 ballots each, 80,000 in all.

RELATED: Gwinnett County could be counting ballots through the weekend, officials say

Workers noticed a glitch: Those batches, county spokesman Joe Sorenson said, would not push through because the software showed adjudication was still needed - even though that had already happened.

Because the ballots had already gone through a prior adjudication process - or the process of resolving flagged ballots - Sorenson said the elections board voted to go ahead and push the ballots through, with the understanding that some ballots would have to be re-adjudicated.

That brings us to now. The vast majority of those ballots are 100% fine, but Gwinnett has to go back through all of them to figure out the ones that are not fine - which ones need to be re-adjudicated.

RELATED: Gwinnett County could be counting ballots through the weekend, officials say

It's a bit of a needle-in-a-haystack search for Gwinnett - they're having to re-run these 3,200 batches of 25. They may get one or two out of a batch that needs to be looked at, or none at all.

Point is, it's a slow process.

Meanwhile, mixed in with this is 4,400 regular absentee ballots that have been scanned but not reported to the state yet, and another 1,000 provisional ballots that have to be processed (provisional ballots are issued when a voter forgets their ID or is at the wrong location, and then they have to resolve it with the county office. Not all of them will be resolved and ultimately counted.)

There are also around 450 votes from a corrupted memory card at the Shorty Howell Park precinct that have not been reported into the total.

Gwinnett is saying they're not going to report any more numbers until they're fully finished with it all. And they've signaled not to expect that work to be done before Sunday at the earliest.

So, that's somewhere in the range of at least 5,000+ ballots from Gwinnett that won't be entered into the statewide total until Sunday or maybe even later.

So, if the race is within 5,000 votes or so - and it very well could be - it could effectively be impossible to call Georgia for at least a few more days.