A new touch-screen system has been recommended to replace Georgia’s aging voting machines, but some worry the technology could be used to rig future elections. 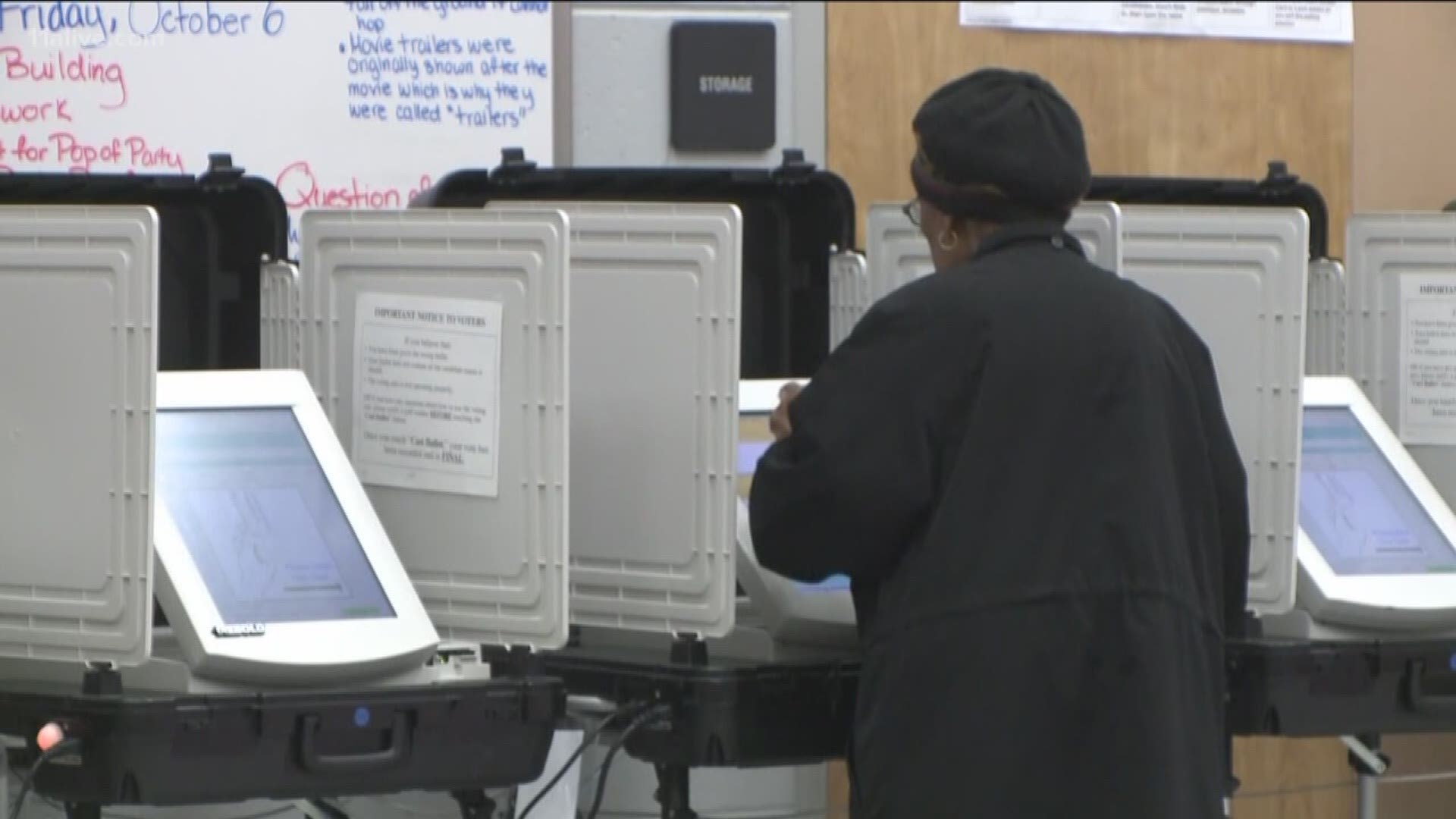 ATLANTA — After the contentious, 2018 midterm elections elevated concerns about Georgia’s outdated voting machines, there is now a new controversy over how to replace them before the presidential election in 2020.

A state commission on Thursday recommended a new system that allows voters to cast their ballot on a touch screen; the machine then prints out a ballot for the voter to check, then a scanner reads the hard-copy print-out to cast the vote.

The bi-partisan commission stated that the combination of computers and hard-copy print-outs of ballots would be the safest way to prevent hackers from rigging elections, and still allow for speedy vote-counts on election nights.

RELATED: Brian Kemp gets faulty voter card at the poll on election day

Critics who lined up to speak before the commission warned that some brands of touch-screen voting machines also print barcodes on the ballots – and the scanners read the barcodes, not the ballots themselves, which, they believe, could put the system at risk for hacking. Many of those opposed to the new machines said they prefer hand-marked ballots, with no computers at all – similar to the answer sheets provided on student SAT standardized tests.

“So that just a clever 14-year-old won’t have the chance to seamlessly rig our elections,” one voter said.

Democratic Rep. James Beverly of Macon said he agrees that old-school paper ballots might be more beneficial than high-tech machines, especially because of advances in precision scanning technology.

“It’s just been eye-opening for me,” Beverly said. “I started voting in the late eighties, and here we are in 2019 and I never knew a hand-marked paper ballot could be so accurate – but it turns out, it can be.”

Secretary of State-elect Brad Raffensperger said the General Assembly will want to dig into cybersecurity issues surrounding the new machines.

“But, at the end of the day, I think we’re going to end up with a great solution that meets the technology for, obviously, the 2020s,” Raffensperger said.

The state legislature is expected to decide in the next few weeks what sort of new voting system will be put into place – which could cost taxpayers tens of millions of dollars – in time for next year’s elections.