'He owes the people of Georgia an explanation': Stacey Abrams' campaign not giving up fight against Brian Kemp 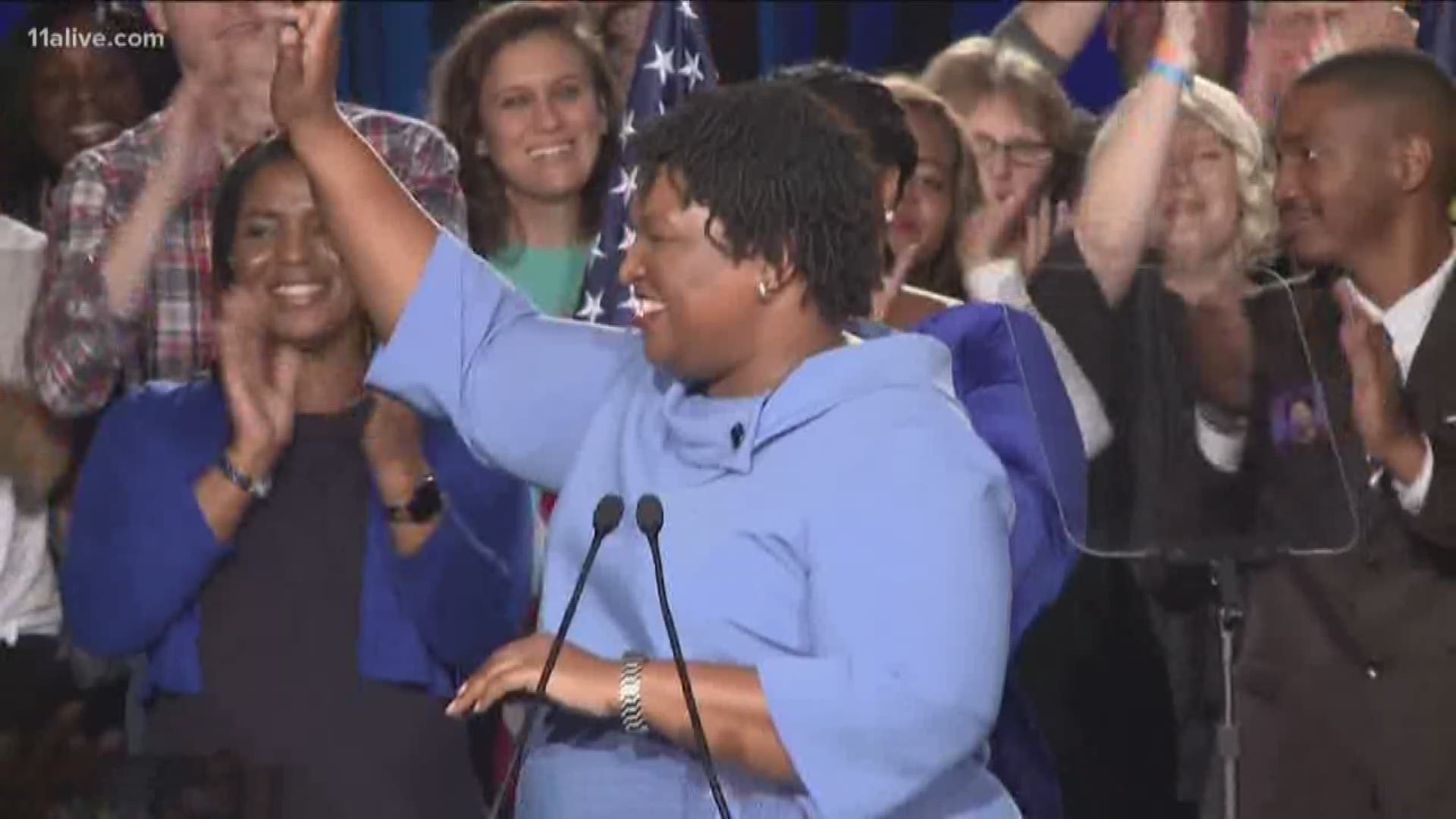 Democrat Stacey Abrams' campaign held a news conference Thursday afternoon to discuss the controversy surrounding the election. Abrams has been fighting to be Georgia's next governor in a race against Republican Brian Kemp.

Although Kemp has declared victory, Abrams has not conceded. Her campaign said there are still ballots to count.

"We are prepared for this fight until every vote is counted," said Allegra Lawrence-Hardy said, who is Chair for the Abrams campaign.

Abrams' opponent, Kemp, stepped down as Secretary of State Thursday. Kemp and Gov. Nathan Deal held a news conference Thursday morning about the transition to the governor's office.

But the Abrams campaign said they are not giving up.

"For example this morning at 8:10 a.m. Cobb County reported additional early advanced votes," Abrams campaign Manager Lauren Groh-Wargo." In fact, the reported 236 votes for Abrams, 65 for Kemp and 2 for Metz."

She said they were all under the impression that all of the votes were in for Cobb County.

"We put this at the feet of Brian Kemp," said Groh-Wargo. "This is on him. This is not on the hard-working men and women who have been trying to process of these absentee ballots."

They would like to see the data from the election released and don't believe the numbers released by the Secretary of State's office are credible.

"They need to release the data - all the numbers - and they need to count every single vote," Abrams said. "You know what? They probably can't because I don't know that they know where all those votes are."

RELATED: Brian Kemp to step down as Secretary of State after declaring victory in Governor's race

Abrams said Kemp brought this scrutiny down on himself.

"He decided to not resign, he decided to oversee his own election," she said. "That was not our choice. He owns this. And he owes the people of Georgia an explanation."

The Abrams' campaign said they planned on filing lawsuits for some of the complaints. Many of the concerns are about provisional and absentee ballots.

"We need to hear from any voters who believe their vote has not been counted immediately," Lawrence-Hardy said.

Another example they gave was about a graduate student who attends Northwestern University in Evanston, Illinois. Beth Tanis, a trial lawyer, said the student attended Spelman College for her undergraduate degree and claims she turned in her absentee ballot in plenty of time.

At his own news conference earlier in the day, Kemp said that even if Abrams got 100 percent of the outstanding votes, he'd still come out on top.

But Abrams' campaign said there are just too many questions still lingering about the election results and how they are being counted for Kemp to be declaring himself a winner.

The votes are expected to be certified Tuesday. 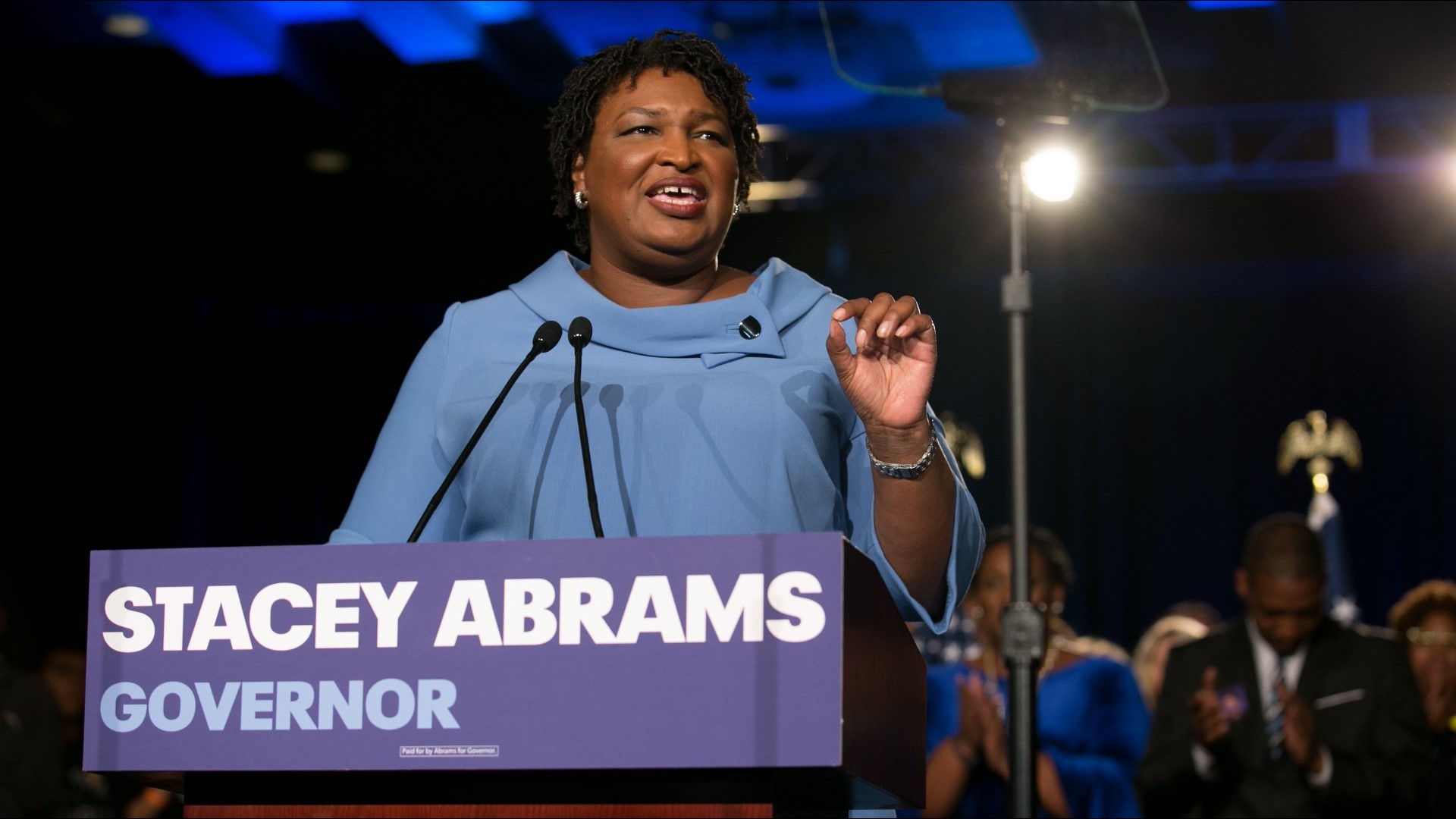