An investigator on Tuesday told the State Election Board that no violation was found, and the board voted unanimously to dismiss the case. 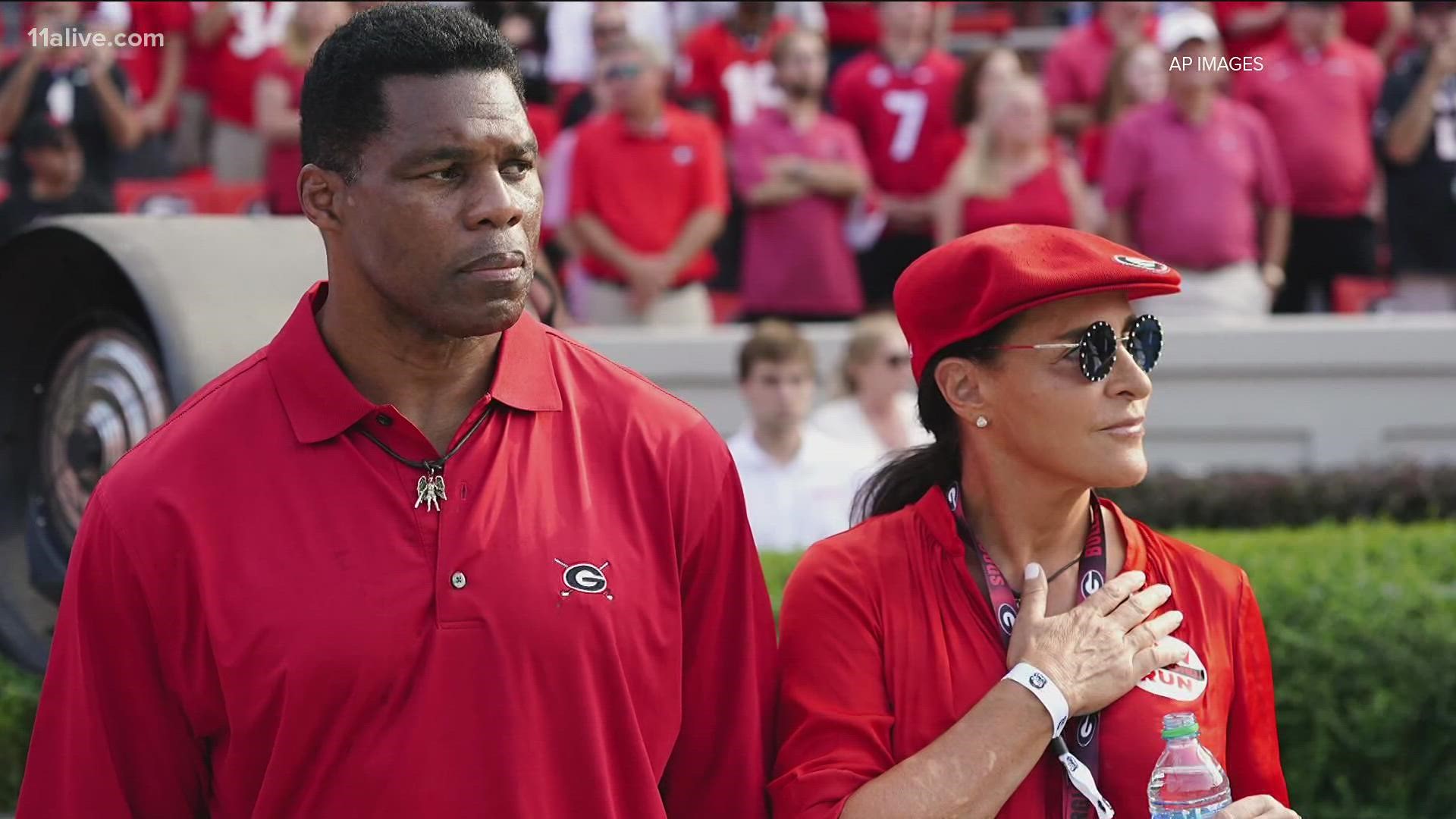 ATLANTA — Georgia election investigators found that U.S. Senate candidate Herschel Walker’s wife did not commit any residency violation by voting in Georgia in the 2020 general election after requesting an absentee ballot be sent to Texas.

The secretary of state’s office opened an investigation into Julie Blanchard after a news outlet reported that records showed that at the time of last year’s election, she was living in Texas.

An investigator on Tuesday told the State Election Board that no violation was found, and the board voted unanimously to dismiss the case. Officials said Blanchard has a Georgia driver’s license, owns property in Atlanta, has a business in Georgia, and pays state income taxes.

Credit: AP
Former Georgia running back and Republican candidate for US Senate Herschel Walker and his wife Julie stand for the anthem before a college football game between UAB and Georgia Saturday, Sept. 11, 2021, in Atlanta. (AP Photo/John Bazemore)

Back in August, Walker announced his candidacy to run for Senate in Georgia.

His stance as a Black conservative and Republican has been well documented in recent years. Back in October 2020, he endorsed Republican Kelly Loeffler in the crowded U.S. Senate special election to finish the term of now-retired Sen. Johnny Isakson. In 2018, Walker endorsed Brian Kemp in his bid for governor.

In August 2020, Walker was a featured speaker at the Republican National Convention in support of Former President Donald Trump's re-election bid.