Hillary Clinton: Abrams would've won if she had a fair election

"I don't know what the outcome will be, but God bless her for continuing that fight and not walking away," Clinton said. 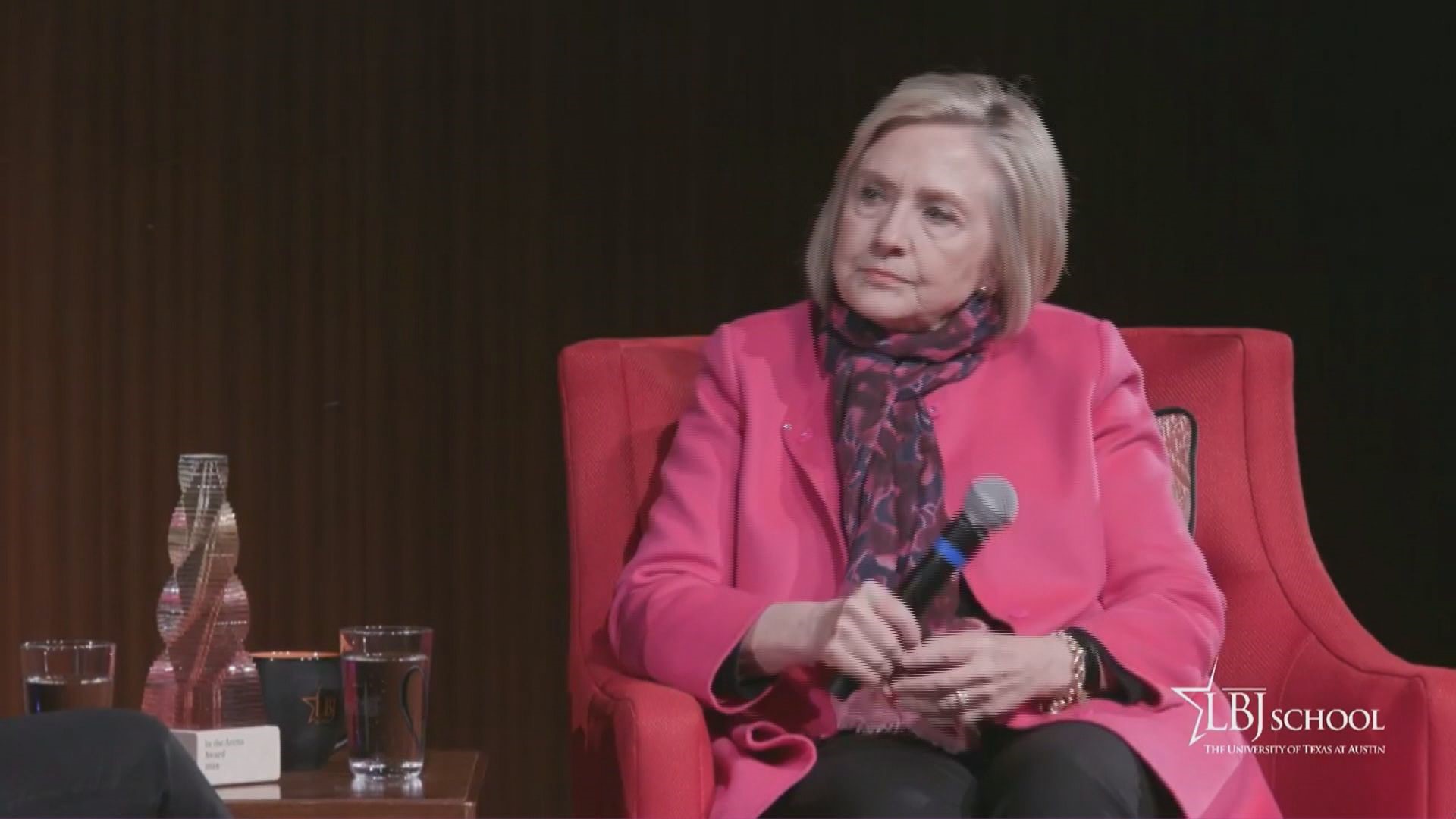 Hillary Clinton is commenting on race for Georgia's governor.

Tuesday, The University of Texas at Austin's LBJ School of Public Affairs, which Democrat Stacey Abrams' alma mater, presented Clinton with the 'In The Arena Award.'

The award honors individuals who have "demonstrated -- with purpose, perseverance, courage, integrity and empathy -- commitment to public service, in service of the greater good," according to the school.

LBJ School Dean Angela Evans had a Q-and-A with Clinton and referenced Abrams for being 'in the area' of politics and public service.

"One of our own, Stacey Abrams she's a graduate of the LBJ School is 'In The Arena' right now," Evans said.

"I know Stacey well, she was one of my really strong surrogates in the campaign," Clinton said. "If she had a fair election she would have already won."

"The outcomes were so encouraging too," she said.

Abrams is still fighting to be Georgia's next governor, even though her opponent, Republican Brian Kemp declared himself the winner. Several lawsuits have been filed concerning the election.

"Stacey is, I talked to her the other day, she is really in the arena, and she is fighting for the right to vote and have your vote counted.I don't know what the outcome will be but God bless her for continuing that fight and not walking away," Clinton said.

RELATED: The lawsuits that could impact Georgia's governor race

Kemp needs 50 percent plus one vote to avoid a runoff.  If either candidate fails to get more than half of all votes cast, the top two candidates will compete in the runoff.