How many votes are left to count in Georgia?

It's a key question as the gap narrows in Georgia's race between President Trump and Joe Biden. 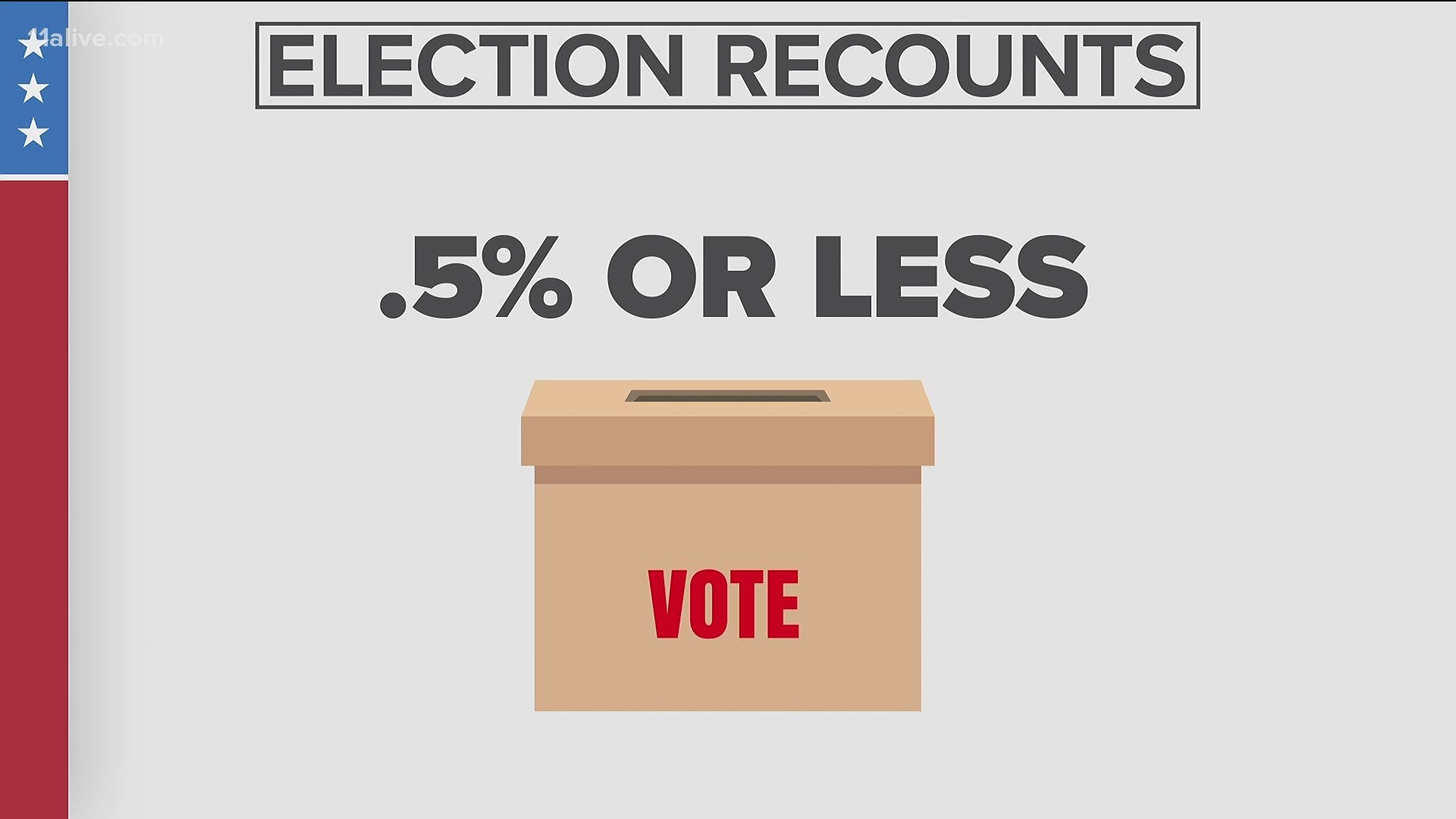 ATLANTA — As the gap between President Trump and Joe Biden has narrowed to razor-thin margins in Georgia - people understandably want to know: How many more are there left to count?

It's a little bit trickier answer than it might at first seem.

First, there's the fact that, actually, not all the votes have come in - the deadline for overseas and military ballots to arrive is actually Friday at 5 p.m., so however many votes there are right now will increase by some. Probably not a lot, but also not by zero - the Secretary of State's Office believes there maybe somewhere around 8,800 military ballots which could arrive by Friday and be counted, as long as they're postmarked by Nov. 3.

Second, there's the issue of provisional ballots - those are issued when a person, for instance, forgets to bring their ID to the polls or goes to the wrong voting site. They get a provisional ballot and then have three days to fix the issue with their county elections office and have it count. Their deadline to get that fixed is also today (Nov. 6).

So take Gwinnett County - they have 1,000 provisional ballots, they've said. Not all 1,000 will wind up being counted as votes, because the people who voted won't fix whatever issue it was that made them use the provisional ballot. But certainly more than zero will. Again, that's more votes out there, we just don't know how many.

But we do know a good amount about how many ballots are left. We know there are at least 36,331 mail-in and drop-box ballots being counted around the state, for instance, because around 6:15 p.m. on Thursday, Georgia's Secretary of State Brad Raffensperger sent out a press release saying there were that many left.

(UPDATE: Gabriel Sterling in the Secretary of State's office said now says there were 4,169 ballots still outstanding around noon on Friday.)

But we can't say that's quite the exact amount. The situation on the ground is fluid, and our team internally at 11Alive has been calling individual county election offices all day trying to see where they stand. In some instances, what they tell us is a little higher than what's reported by the Secretary of State's Office.