How will provisional and absentee ballots be counted in the Georgia governor race?

A provisional ballot in Georgia is used to record a vote in the event a voter's eligibility is in question. 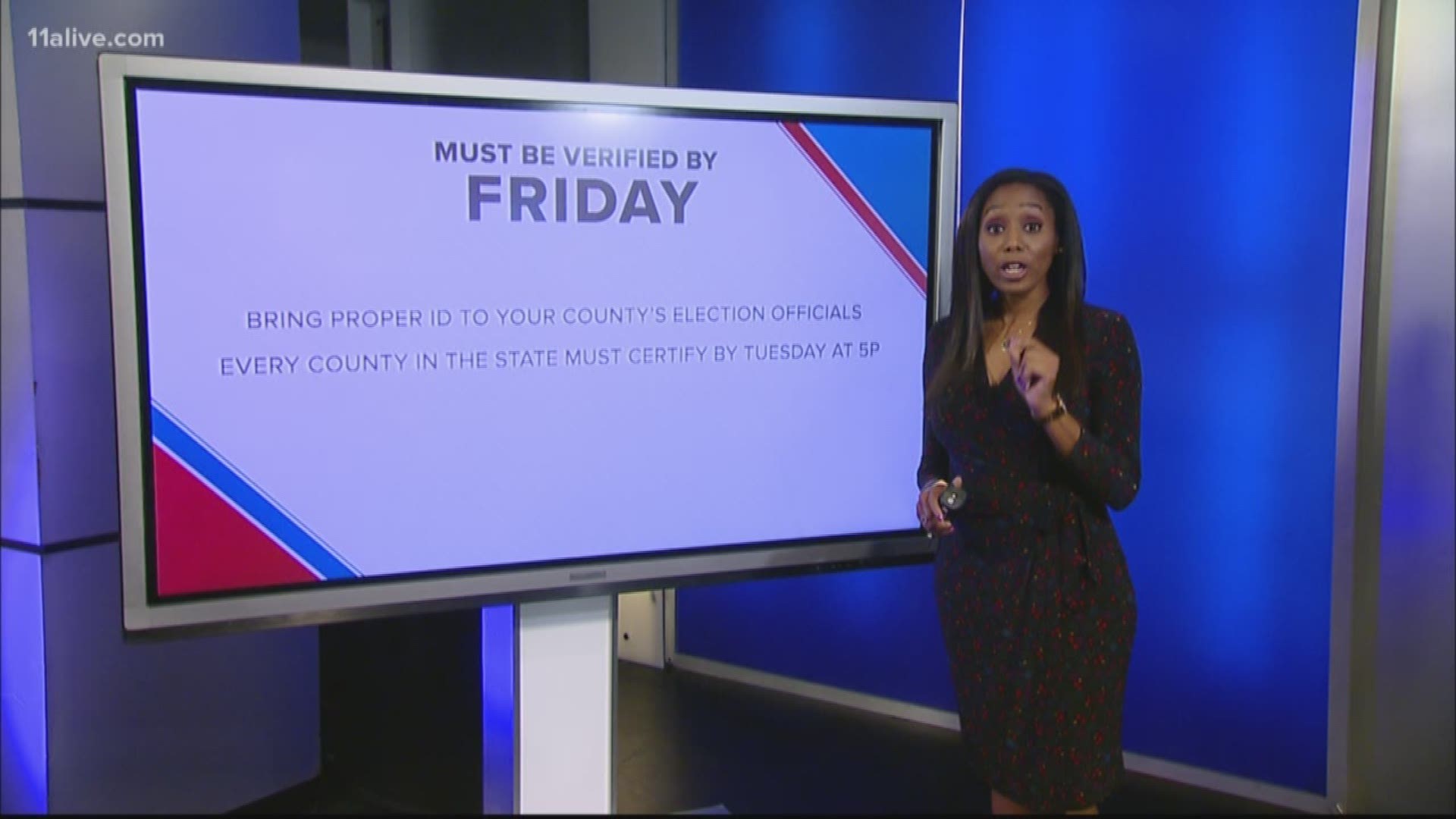 ATLANTA -- The battle for Georgia's governor has shifted into a second day. The final decision looks like it will actually get down to a matter of counting each of the provisional and absentee ballots cast in the contest.

A provisional ballot in Georgia is used to record a vote in the event a voter's eligibility is in question. The ballot is no different from a standard ballot, but it is cast "provisionally," until the eligibility of the voter can be determined.

After a provisional ballot is cast, a voter has three days to provide proper identification to election officials in order to validate their vote.

Optical scan paper ballots are used for provisional voting. On ballots of this sort, a voter has to "bubble in" the oval for the selected candidate or issue on the ballot sheet.

Can someone help a voter with their provisional ballot?

Yes -- the person who is voting must sign or make a mark. The helper must also sign where indicated that they assisted with completing the application. The helper can not attempt to influence a voter's selections and must sign an Oath of Assisted Elector in order to accompany a voter into a voter booth.

After voting, a voter's ballot remains in the envelope until it is determined if the ballot should be counted wholly or partially. If it should be counted, it is removed and separated from the voter's paperwork so that the votes will remain secret.

Provisional voters are notified by first class mail of the disposition of their ballots.

Absentee voting in Georgia is permitted by mail for individuals who cannot go to the polls on Election Day. This allows a voter to vote by mail or in-person during the advance voting period before an election.

Voters in Georgia are permitted to formally request an absentee ballot up to 180 days before an election without providing a reason.

To vote by mail, send or bring a written request to your county registrar's office which includes your name, address, signature and the election for which you are requesting an absentee ballot.

Voters may also go online at www.sos.ga.gov/elections and print and complete the application before returning it to their your county registrar's office.

That office will mail a ballot back after the application has been approved and ballots are available. Your county registrar must receive your absentee ballot by the close of business on Election Day.