Early voting and other important election dates in Georgia

The 2020 calendar is very crowded between now and Election Day. 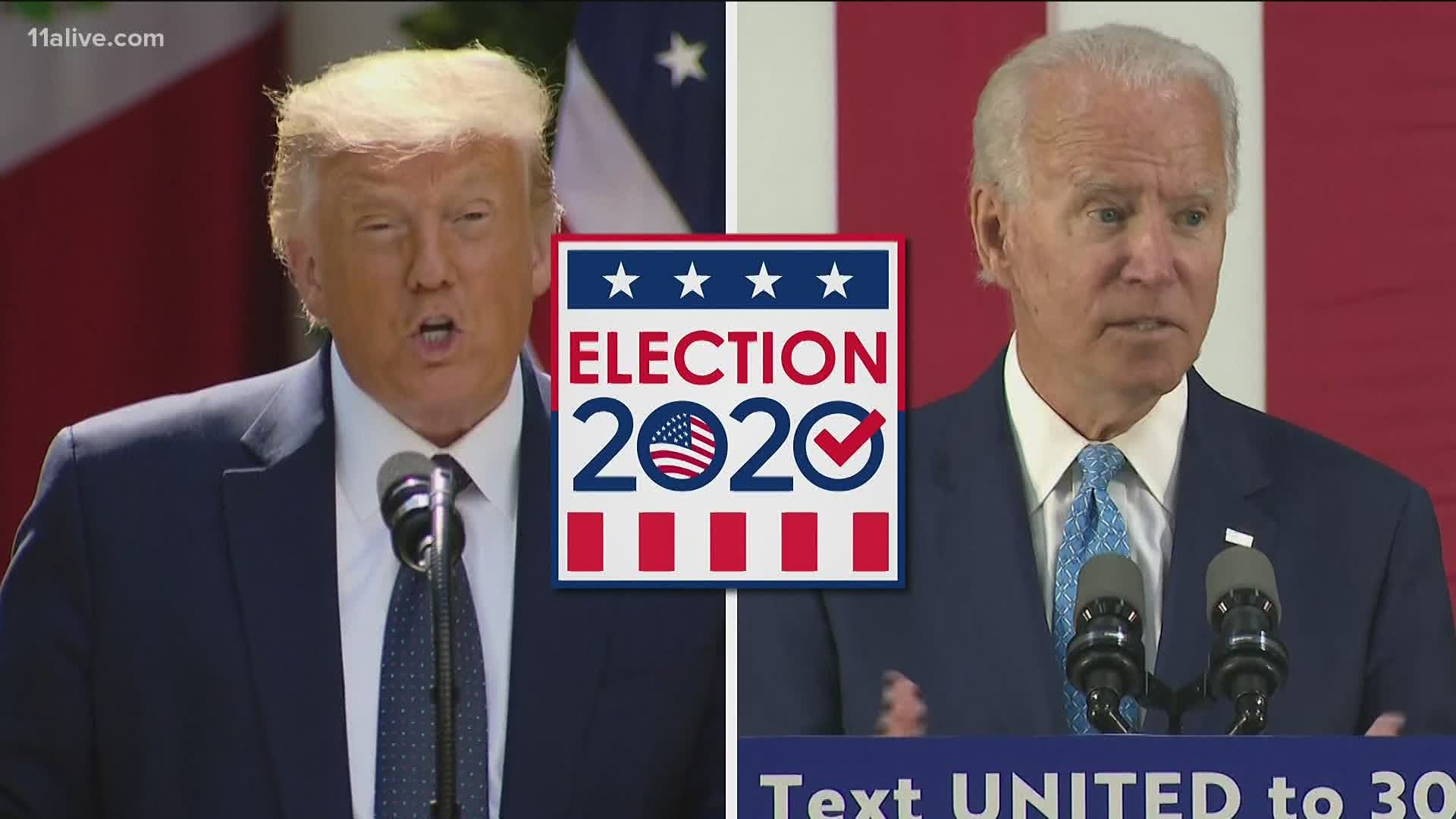 ATLANTA — Just a few short weeks from now, voters will be at the polls selecting a new president and other lawmakers for local, state and federal offices.

Across the state, voters have been seeing an onslaught of commercials, mail, and telephone calls from candidates and supporters across the board.

Early voting is already underway for the September 29 special election to fill the remainder of the late John Lewis' term in Georgia's 5th Congressional District. That term ends January 3, 2021.

The 5th Congressional District includes most of the city of Atlanta and portions of Fulton, DeKalb and Clayton counties.

Only voters in that congressional district may participate in that special election.

In addition, absentee voting for the November General Election has started. County registrars have started mailing out ballots to voters who had previously requested them.

RELATED: Here's how to apply for an absentee ballot for the November General Election

While all of Georgia's 159 counties do not have absentee ballot drop boxes, the boxes in all of the counties where the boxes are present are now open and available for use by voters.

Voters may continue to request absentee ballots by visiting the Georgia Secretary of State's absentee ballot online portal and following the instructions.

For voters inside the United States, all absentee ballots must arrive at your county's election office by the closing of the polls on Election Day. For 2020, this will be Tuesday, November 3. Military and overseas voters who post their ballots on Election Day have an additional three days.to ensure they arrive.

RELATED: Where can you drop off an absentee ballot in metro Atlanta?

Here are the important upcoming dates on Georgia's Election Calendar:

If there is not a winner declared in this special election, a runoff between the top two candidates on December 1 to fill the final month of Lewis' term.

October 5, 2020 - Last day a person may register to vote in Georgia and be eligible to participate in the November General Election and Runoff.

RELATED: How to watch the presidential debates between Trump and Biden, and what to expect

If there is not a winner declared in the September 29 Special Election to fill the remainder of John Lewis' term for the 5th Congressional District, the runoff for that seat would also be held on December 1.

January 5, 2021 - General Election Runoff for FEDERAL offices. If there is not a winner declared in the US Senate election for the seat currently held by Kelly Loeffler, the run-off election will take place on this date.

January 20, 2021 - Inauguration of the President of the United States

Additional details and dates will be added to this page as they become available.