Will Georgia turn blue? Analysts explain how - or if - it could happen

According to NBC, Georgia is one of the 12 battleground states in the 2020 election. Many believe Georgia's changing demographics have moved it to swing state status 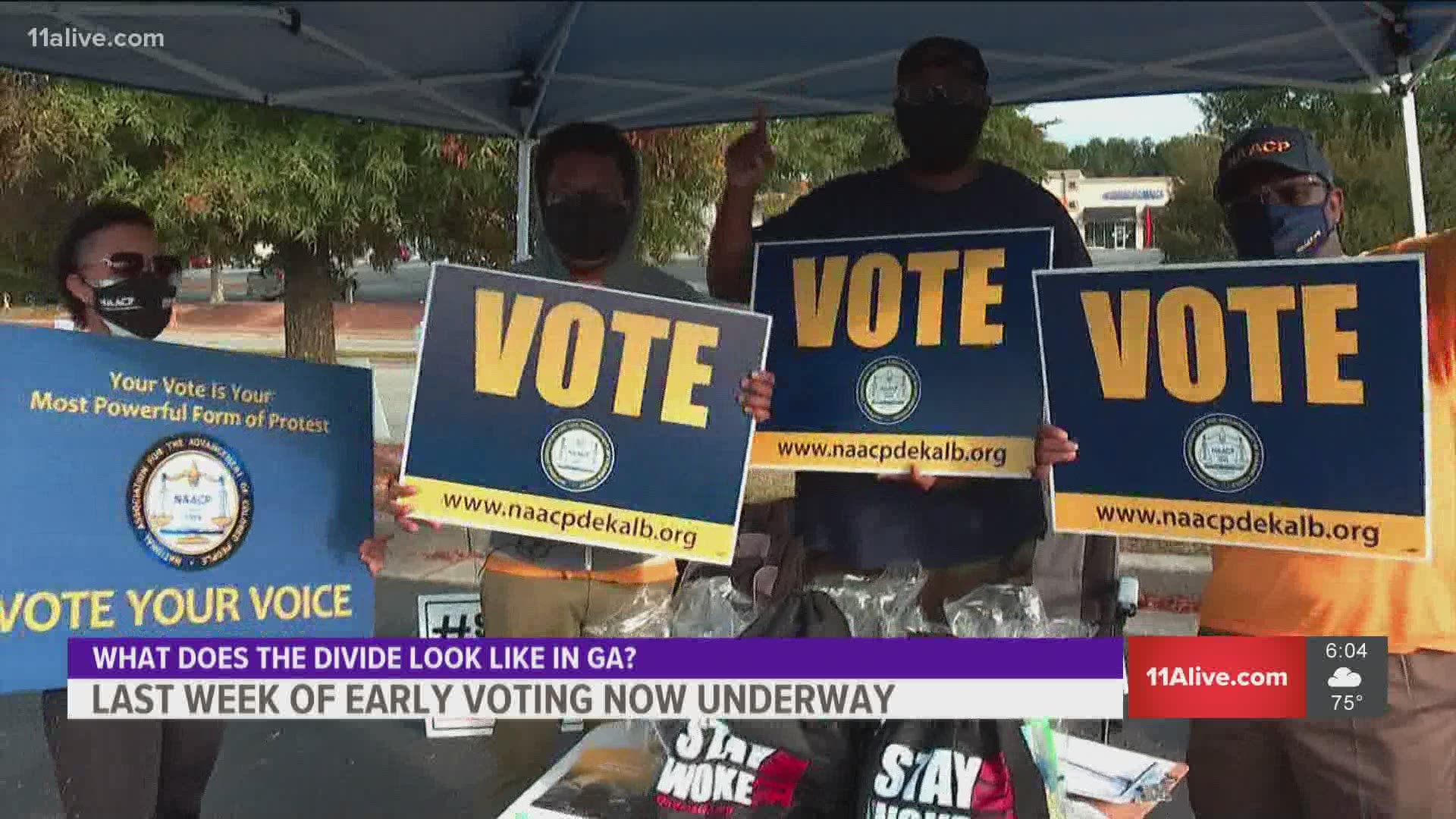 ATLANTA — It's getting down to the wire with the last week of early voting now underway.

Georgia, which has become a battleground state, has candidates swarming the area for last-minute campaigning. But what does the political division look like in the Peach State? And what is the possibility that Georgia could turn blue?

In presidential races, Georgia has been a solidly Republican state since 1964 with only two exceptions, Jimmy Carter in 1976 and 1980 - he lost that election but won the state - and the election of Bill Clinton in 1992.

According to NBC, Georgia is one of the 12 battleground states in the 2020 election. Many believe Georgia's changing demographics have moved it to swing-state status.

11Alive political analyst Mike Hassinger suggests there is a very distinct divide in Georgia among voters.

“There are two bases of voters in Georgia. There’s an older whiter, more conservative and socially conservative, church-going population if you will. It’s a rural voting base that’s going to vote Republican," he said. "In the metro Atlanta area, the Democrats' base voters are African American, female, Asian and urban."

According to a study from 2018 by Politico, they found areas with a higher minority population had a higher percentage of the Democratic vote. In 2016, we saw both Cobb and Gwinnett counties turn blue. And when Stacey Abrams and Brian Kemp ran for governor, the nine counties closest to Atlanta all voted for Abrams.

“What we have to anticipate that Democrats are going to win some statewide office whether that’s in 2022 or 2024," she said. "The trends don’t look like they’re headed in a different direction."

So, while there is definitely a clear line dividing blue and red within our state, it's unclear whether Georgia will change this election season.