The endorsement comes days after former President Barack Obama also offered his support for the reverend. 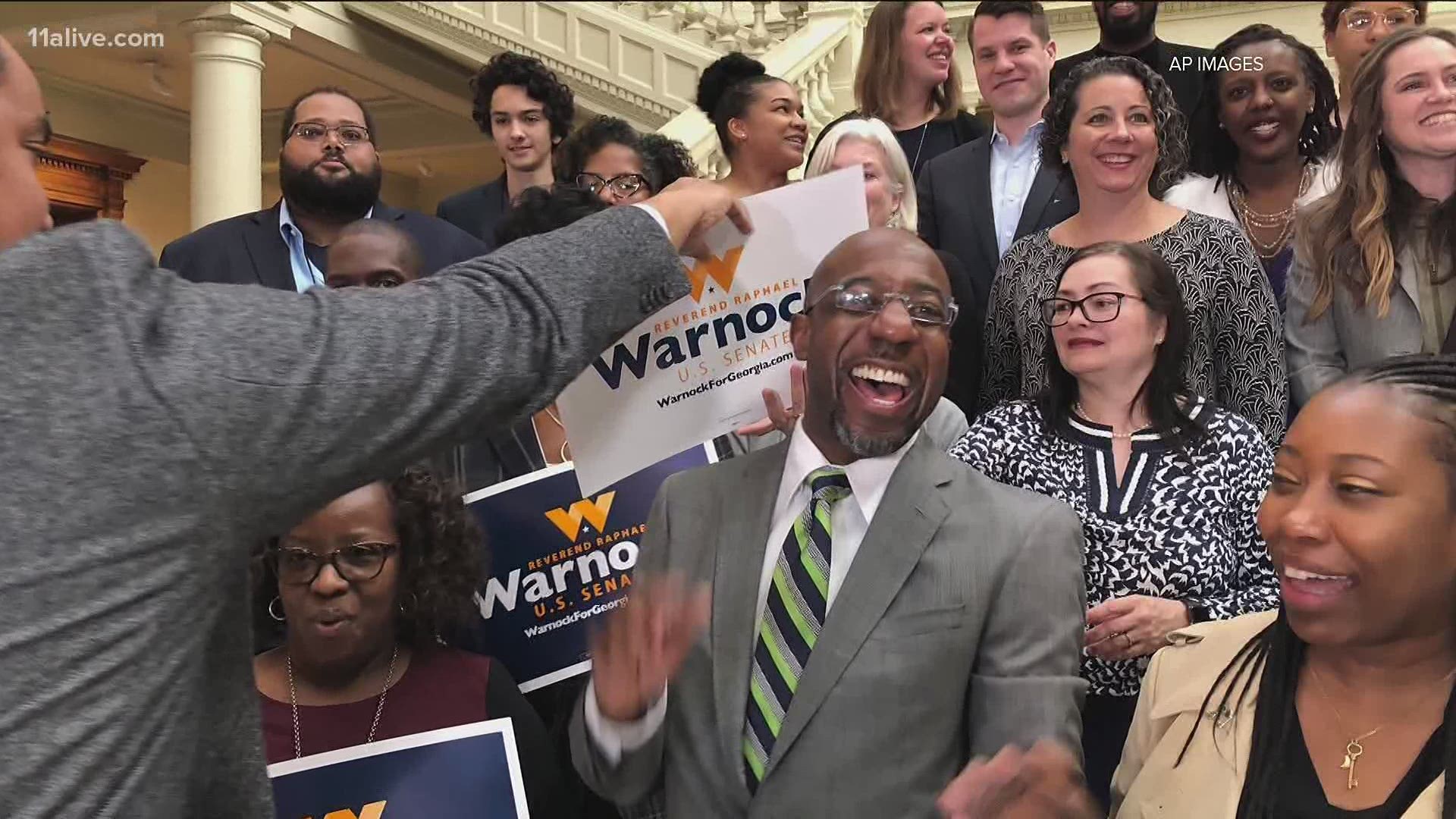 ATLANTA — The crowded U.S. Senate race in Georgia just got a huge endorsement.

“During these difficult times, our nation must continue to march towards progress while holding fast to our American values of equality, justice and economic opportunity for all. Reverend Warnock knows the struggles Georgians are facing in this unique crisis — families losing health care, shuttered rural hospitals and record unemployment — all in the middle of a pandemic,” President Carter said. “I am pleased to support his campaign to be our next U.S. Senator, because I know he will be the voice Georgians need in Washington to ensure every child and every family has an opportunity to thrive.”

Warnock says the endorsement from Carter is an honor.

“President Carter’s legacy as a human rights champion and humanitarian from his time in the Oval Office to the ongoing work of the Carter Center are an inspiration to us all. I am honored to have earned his support in this campaign and look forward to continuing his legacy of service to our state and country in Washington," Warnock said.

RELATED: Georgia voters will elect two US senators in 2020

There are two U.S. Senate races before Georgia voters, but the November winner of the jungle primary special election could take office later this year -- before the new Congress is seated in January.

The special election will have 21 names on the ballot – with no political parties attached.  Polls have shown the top four contenders to be two Republicans – incumbent Sen. Kelly Loeffler and 9th District U.S. Rep. Doug Collins, plus Democrats Warnock and Matt Lieberman, son of former Connecticut U.S. Sen. Joe Lieberman.

If no single candidate is able to capture the 50 percent plus one vote threshold to win the seat in November, the top two vote-getters will face each other in a runoff election on Jan. 5 -- two days after the new Congress is seated in Washington.