The former vice president and current presidential candidate announced his first Georgia campaign stop will be on Tuesday. 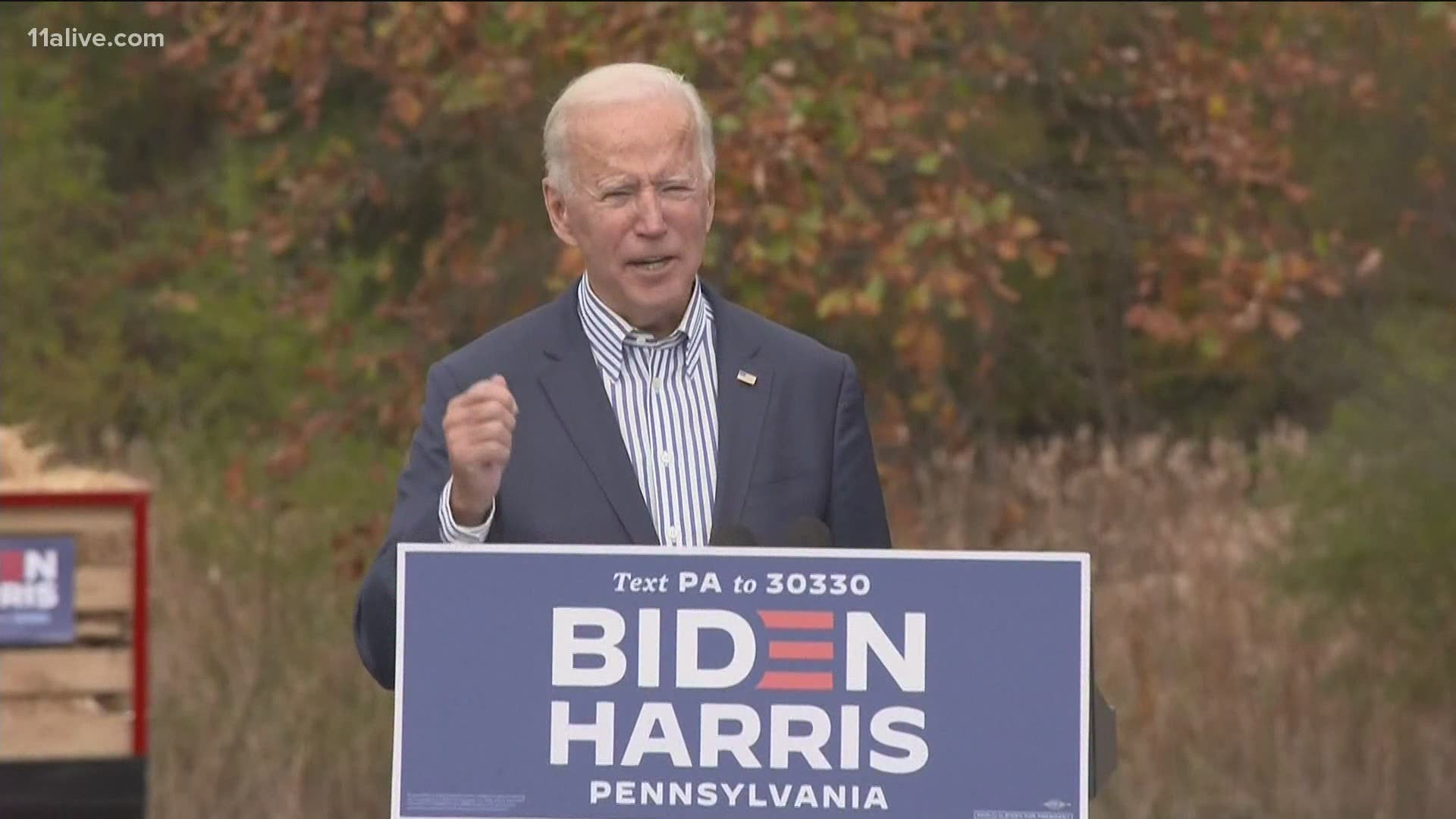 WARM SPRINGS, Ga. — Joe Biden will soon be stopping in Georgia for the first since taking to the campaign trail - joining many campaigning in what has become a battleground state.

The Biden Harris campaign announced on Saturday that Biden will be heading to Warm Springs, Georgia to "address the crises" facing the United States. Warm Springs is known nationally for its connection to another Democrat - Franklin Roosevelt - who came to the area for therapy as he battled polio and visited regularly for many years

Biden is expected to then visit Atlanta as part of a drive-in event to encourage Georgians to vote. Details regarding times and more detailed locations are still limited.

The visit is Biden's first but the same isn't true for others in his campaign including his vice presidential nominee, Kamala Harris, who visited on Friday and his wife, Dr. Jill Biden, who had campaigned previously and is also expected to stop in the state again on Monday. Harris' husband Douglas Emhoff made a recent campaign stop in Georgia as well.

Meanwhile, President Donald Trump has made multiple campaign stops in the state in recent months as have his son Donald Trump Jr. and daughter Ivanka Trump. Both Trump and his son had been in Georgia as recently as the previous week.

Not only has Georgia become a political hotbed in recent weeks, but it has also seen record early voting on multiple days according to the Georgia Secretary of State's Office.

Check back for continued political coverage as the stories unfold here at 11Alive.com.