His staff made the announcement early Thursday morning. 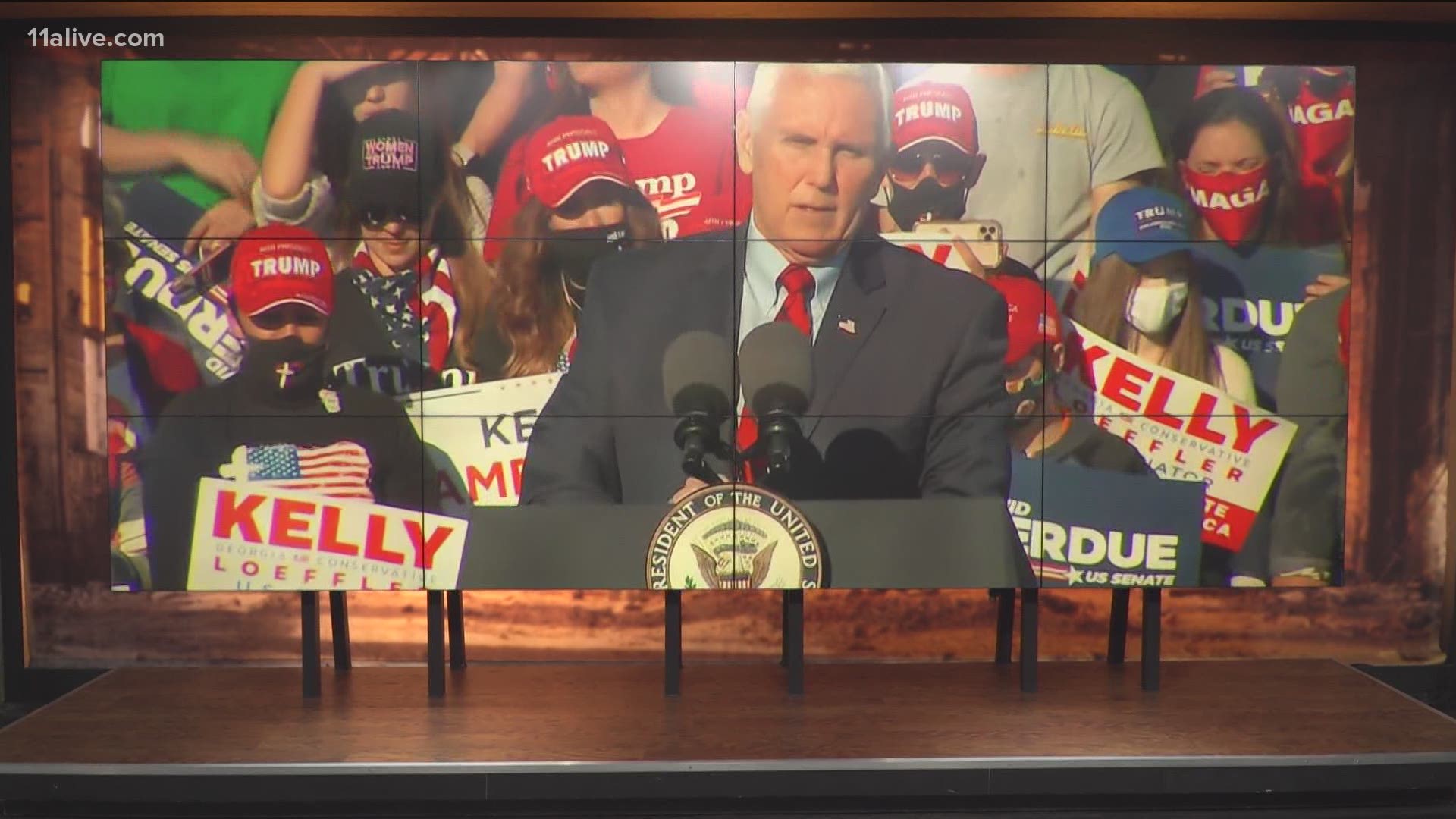 ATLANTA — President-elect Joe Biden will be traveling to Atlanta next week, looking to boost the Senate prospects of two Democrats who could be critical to what his administration is able to accomplish over the next four years.

There were few details provided in a release sent out by Biden's staff.

"On Tuesday, December 15, President-elect Biden will travel to Atlanta, Georgia to campaign on behalf of Jon Ossoff, Rev. Raphael Warnock, and the Democratic ticket in the January 5 runoffs. Additional details to follow," it said.

Biden is hoping Warnock and Ossoff can unseat Sens. Kelly Loeffler and David Perdue, respectively, in those runoff races. It would bring the Senate to a 50-50 split between Democrats and Republicans, and give Vice President-elect Kamala Harris the tiebreaker vote.

Such a scenario would give a Biden administration great leeway to pursue its preferred policies.

A poll commissioned exclusively for 11Alive and released last week showed the two Democrats with a slight edge - Warnock ahead of Loeffler, 52-45, and Ossoff ahead of Perdue, 50-48.

Ossoff also led in polls leading up to the Nov. 3 general election, however, before finishing almost 90,000 votes behind Perdue. The Democrat did keep the incumbent Republican from clearing the 50% + 1 threshold to force this runoff. Warnock and Loeffler ran in an open special election with some 20 candidates; none came close to winning outright.

Also perhaps concerning for the Democratic challengers, is that the 11Alive poll revealed that of those who said they weren't likely to vote in the runoffs, 43% were Democrats to just 33% who were Republicans. Among those Democrats, 20% said they didn't like the candidates and 24% said they didn't believe their vote maters.