The Biden stop comes less than a month from the high-stakes Jan. 5 runoff race for U.S. Senate. 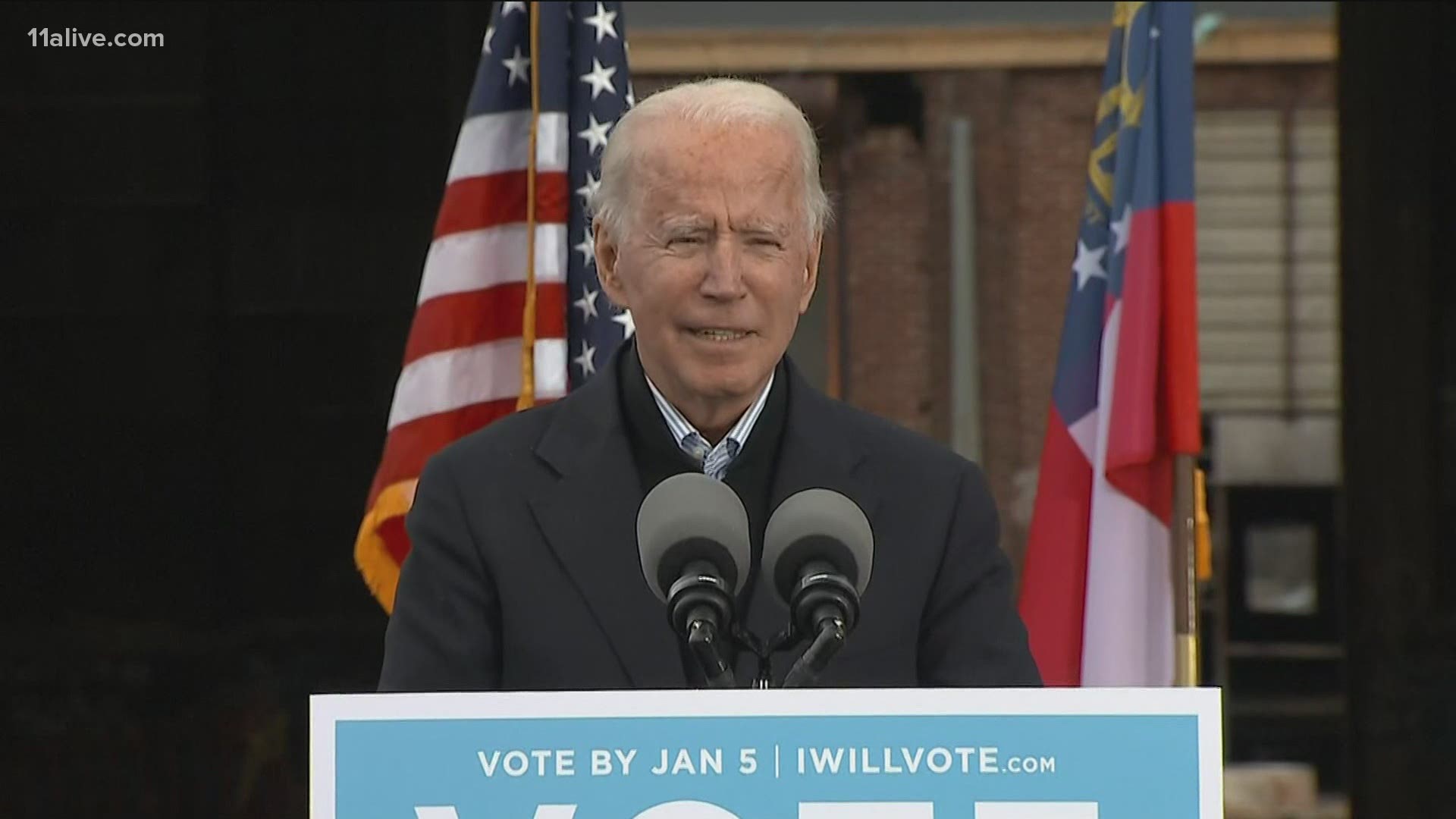 ATLANTA — President-elect Joe Biden visited Atlanta's Kirkwood neighborhood when he swang through Georgia in the push for the state to send two Democratic candidates to the US Senate.

The news was first reported by 11Alive's news partners at the Atlanta Business Chronicle.

Biden headlined the Dec. 15 drive-in rally for Jon Ossoff and Rev. Raphael Warnock at Pullman Yard. It's was his second foray outside the Wilmington, Delaware area since last month’s election.

The president-elect thanked Georgia voters for delivering him the state in last month’s election and asked them to follow up by electing Ossoff and Warnock.

Biden used his remarks - which came one day after the Electoral College affirmed his victory - to call for unity. But he also made the case that he badly needed “doers and not roadblocks" once he takes office next month, warning that Republican victories would leave him to face the kind of GOP obstruction that hampered former President Barack Obama for most of his two terms.

The Biden stop comes less than a month from the high-stakes Jan. 5 runoff race for Ossoff and Warnock as they try to unseat GOP incumbents Sens. David Perdue and Kelly Loeffler, respectively.

Two days after Biden's stop, Vice President Mike Pence will make his third trip back to Georgia since the November election to rally Republican support.

The winners of Georgia's two runoff elections will determine which party - Republicans or Democrats - will control the Senate, and, by extension, what a Biden administration would be able to accomplish in its first half.