A federal district court judge has granted the ACLU of Georgia's motion for a temporary restraining order on the state's "signature match" law, prohibiting election officials from rejecting absentee ballots due to mismatched signatures. 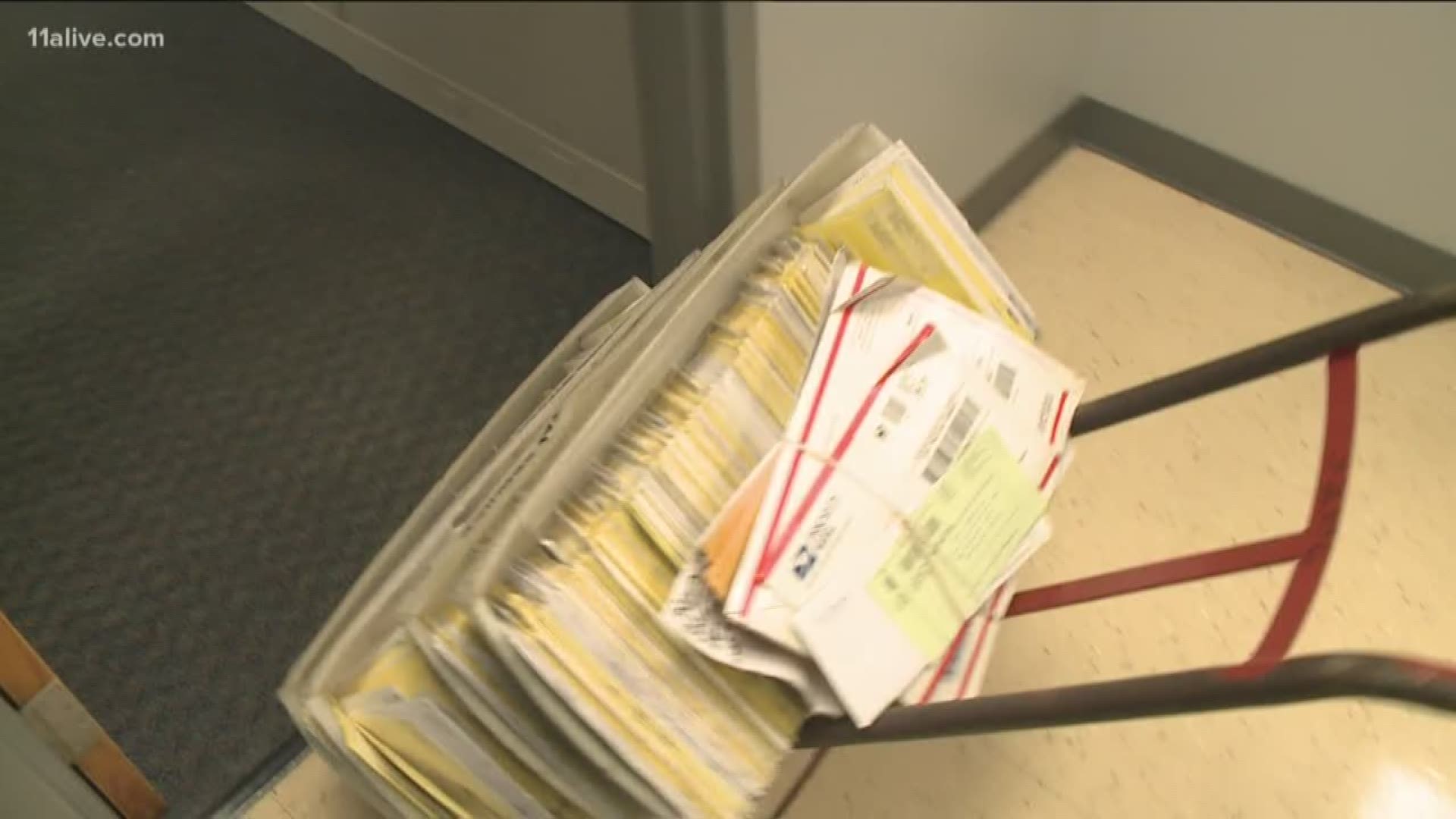 ATLANTA – A federal district judge representing the Northern District of Georgia has ordered Gwinnett County to loosen up its rejection of absentee ballots.

Gwinnett County was sued after it was determined that the county rejected more than 10 percent of absentee ballots cast.

The federal judge granted the ACLU of Georgia’s motion for a temporary restraining order that prohibits elections officials from rejecting absentee ballot applications and ballots in Gwinnett County, but stated the county has to convert them into provisional ballots that can be counted later if the voter confirms their identity.

Officials must provide the voter the opportunity to explain the alleged mismatch of ballot information in enough time to be counted in the November midterm election.

Allegations and denials of voter suppression across the state are hot topics between the Democrat and Republican candidates in the race for governor.

“Today’s ruling is a victory for every absentee voter in the state of Georgia,” said Sean J. Young, legal director of the ACLU of Georgia.

The hearing at the Federal courthouse in Downtown Atlanta lasted two hours, and the judge heard accusations from the ACLU attorney that Gwinnett County, and possibly other counties across Georgia, are tossing out hundreds of absentee ballots because the voters who filled out the ballots made minor mistakes on them, such as their signatures not exactly matching their signatures on their voter registration card.

Federal Judge Leigh Martin May said from the bench that she agrees that the signature requirement, for example, is an important way to prevent voter fraud. But she said voters whose absentee ballots are rejected need to be able to fix the mistakes on the ballot forms in time for their ballots to count, because they’re entitled to due process.

Attorneys for Gwinnett County and the state argued only a tiny percentage of absentee ballots are rejected, and that there are remedies already in place for voters to make corrections and have their ballots counted.

No one from the Secretary of State’s office was available for an interview after the hearing, but attorney Sean Young of ACLU Georgia said the issue is that elections officials are not trained to recognize, for example, when a signature is valid or forged.

The proposed order from the federal court requires the following:

Parties have until noon Thursday to submit any objections to the form of this proposed order, according to a release.

The lawsuit, filed on behalf of the Georgia Muslim Voter Project and Asian Americans Advancing Justice, explained that “a person’s signature … may vary for a variety of reasons, both intentional and unintentional.”

Unintentional factors include age, physical and mental conditions, disability, medication and stress, according to the documents.

These issues are often more profound in the elderly or disabled, along with those who speak English as a second language.

“The right to vote is both sacred and fundamental. We thank the Court for their diligence in reviewing our request and for issuing the temporary restraining order to ensure that every vote counts,” said Saleemah Abdul-Ghafur, Chair of the Board of Directors of the Georgia Muslim Voter Project.

Phi Nguyen, the litigation director for Asian Americans Advancing Justice, said it is also essential to accommodate the thousands of citizens without access to reliable transportation.

“It’s those who don’t own a car and don’t otherwise have reliable transportation. We are pleased that the court has granted our request for injunctive relief that will help protect our community members from disenfranchisement,” Nguyen said. “And we will continue to do everything in our power to ensure our communities are not silenced.”

By converting the absentee ballots to provisional ballots, the burden falls on the elections office to contact voters about discrepancies. It also puts the burden on the voter to convince the county that the ballot is authentic, by presenting some sort of extra identification.

This can be done after Election Night -- and could make all the difference in the airtight election for Georgia's next governor.