Several news outlets called the U.S. Senate race in favor of her opponent hours after her speech. 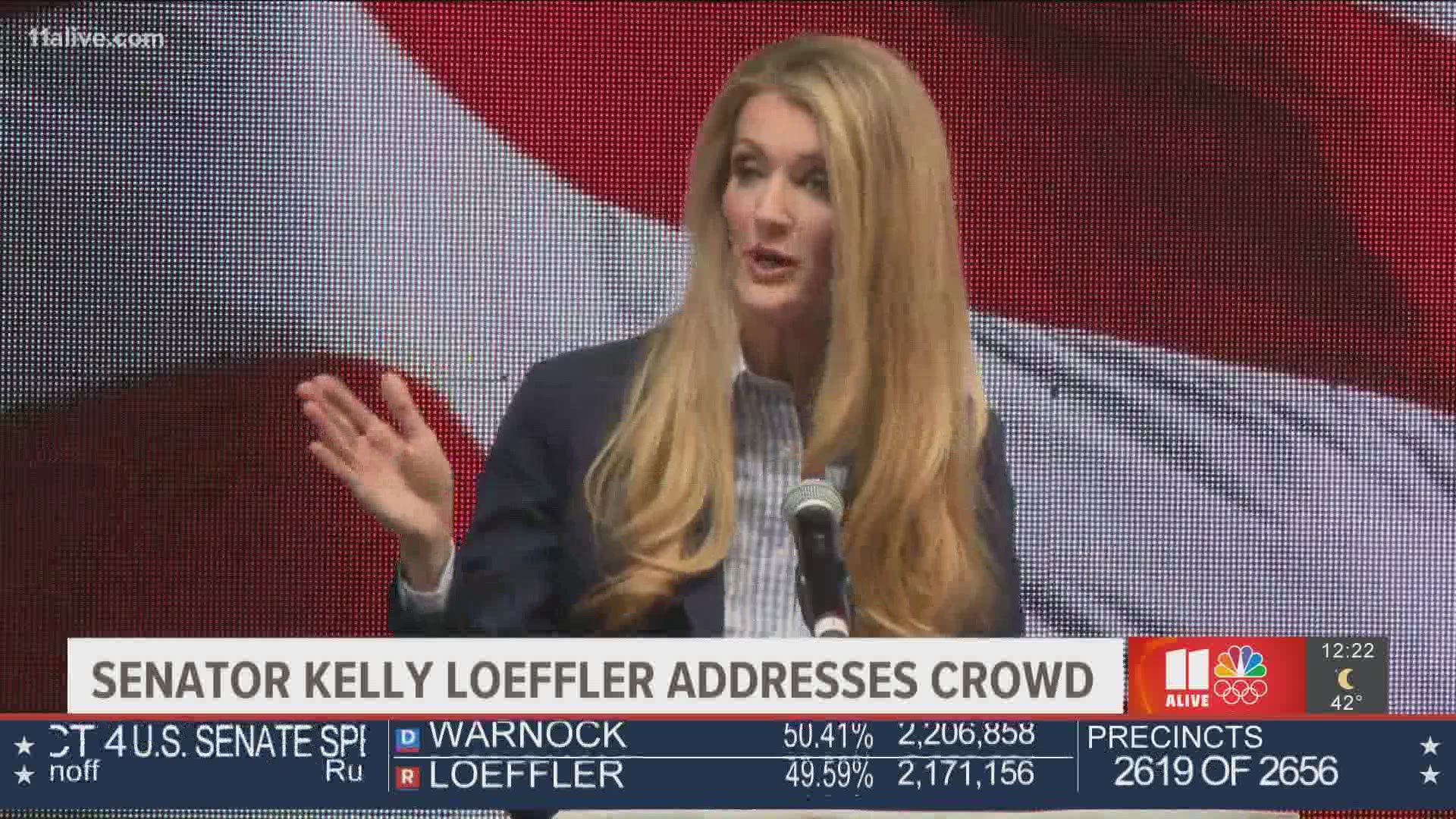 ATLANTA — Despite trailing by tens of thousands of votes with a dwindling number of precincts left to be counted in the race for U.S. Senate, Republican Kelly Loeffler struck an optimistic tone in comments to supporters early Wednesday morning.

"There are a lot of votes out there, as y'all know, and we have a path to victory and we're staying on it," Loeffler told a room of supporters shortly after midnight.

At the time she spoke, Loeffler trailed her Democratic challenger, the Rev. Rafael Warnock, by more than 35,000 votes with 2,619 out of 2,656 precincts reporting. At that same time, a little more than 1,200 votes separated Republican David Perdue from Democrat Jon Ossoff in Georgia's other U.S. Senate runoff (and Ossoff later took a slight lead with more votes to be counted). Republicans need to win at least one of the seats to maintain control of the U.S. Senate. Click here for the latest Georgia Senate runoff election results.

"This is a game of inches, we're going to win this election," Loeffler said. "We're going to save this country."

Loeffler vowed to "make sure every vote is counted." She told her supporters that she was headed to Washington, D.C. She'd previously said she'd object to the Electoral College vote, which is scheduled to be certified by Congress on Wednesday.

Several news outlets, including NBC News and the Associated Press, later called the race for Warnock.

By Georgia law, if the margin of victory is less than 0.5%, the second place candidate can request a machine recount.

Her opponent, Warnock, also sounded optimistic in a speech minutes after Loeffler.