In a joint statement, they called the suggested move to manually install electors for Donald Trump would be unconstitutional. 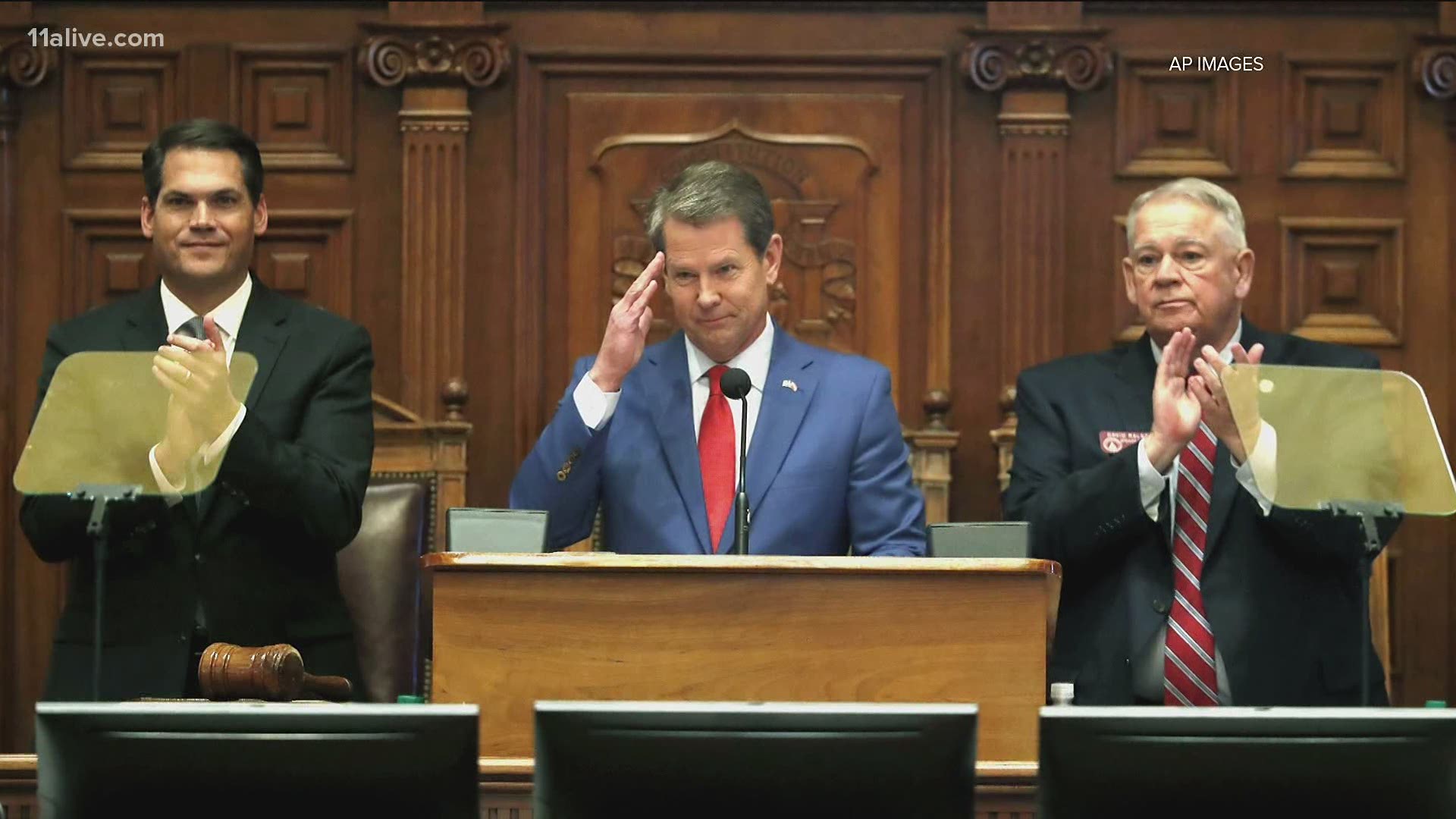 ATLANTA — Two of Georgia's highest-ranking elected officials have released a joint statement as they face calls to bring the general assembly back into session over election concerns.

The relatively short statement from Gov. Brian Kemp and Lt. Gov. Geoff Duncan lays bare the fact that they will not call a special session to change the state's process for selecting electors for the electoral college.

"While we understand four members of the Georgia Senate are requesting the convening of a special session of the General Assembly, doing this in order to select a separate slate of presidential electors is not an option that is allowed under state or federal law," the statement suggests.

It goes on to specify why the session can't be called legally.

"State law is clear: the legislature could only direct an alternative method for choosing presidential electors if the election was not able to be held on the date set by federal law," it reads. "In the 1960s, the General Assembly decided that Georgia’s presidential electors will be determined by the winner of the state’s popular vote."

Kemp and Duncan went on to say that any attempt by the legislature to "retroactively change" the process for the previous election "would be unconstitutional and immediately enjoined by the courts."

As a result, the two suggest disputes continue through the existing judicial system.

The news comes just one day after reports that President Donald Trump called Kemp in an effort to pressure him into calling the special session according to The Washington Post and confirmed by CNN.

The governor reportedly rebuffed the president on the idea. Trump has previously urged Gov. Kemp in at least one tweet to "call in the legislature."

In recent days, Duncan has also publicly denounced claims of voter fraud which have fueled the call to have the results overturned. He also spoke out against the threats that have befallen election workers and other officials since Georgia entered the national spotlight following the Nov. 3 election.

Following the original count, a hand audit, and, now, a recount requested by President Donald Trump, it appears President-Elect Joe Biden will take Georgia's 16 electoral votes - the first Democrat to do so since Bill Clinton in the early 1990s.