Georgia's Democratic Party calls Secretary of State Brian Kemp's accusations a 'political stunt' and an 'abuse of power' by an 'unethical secretary of state.' 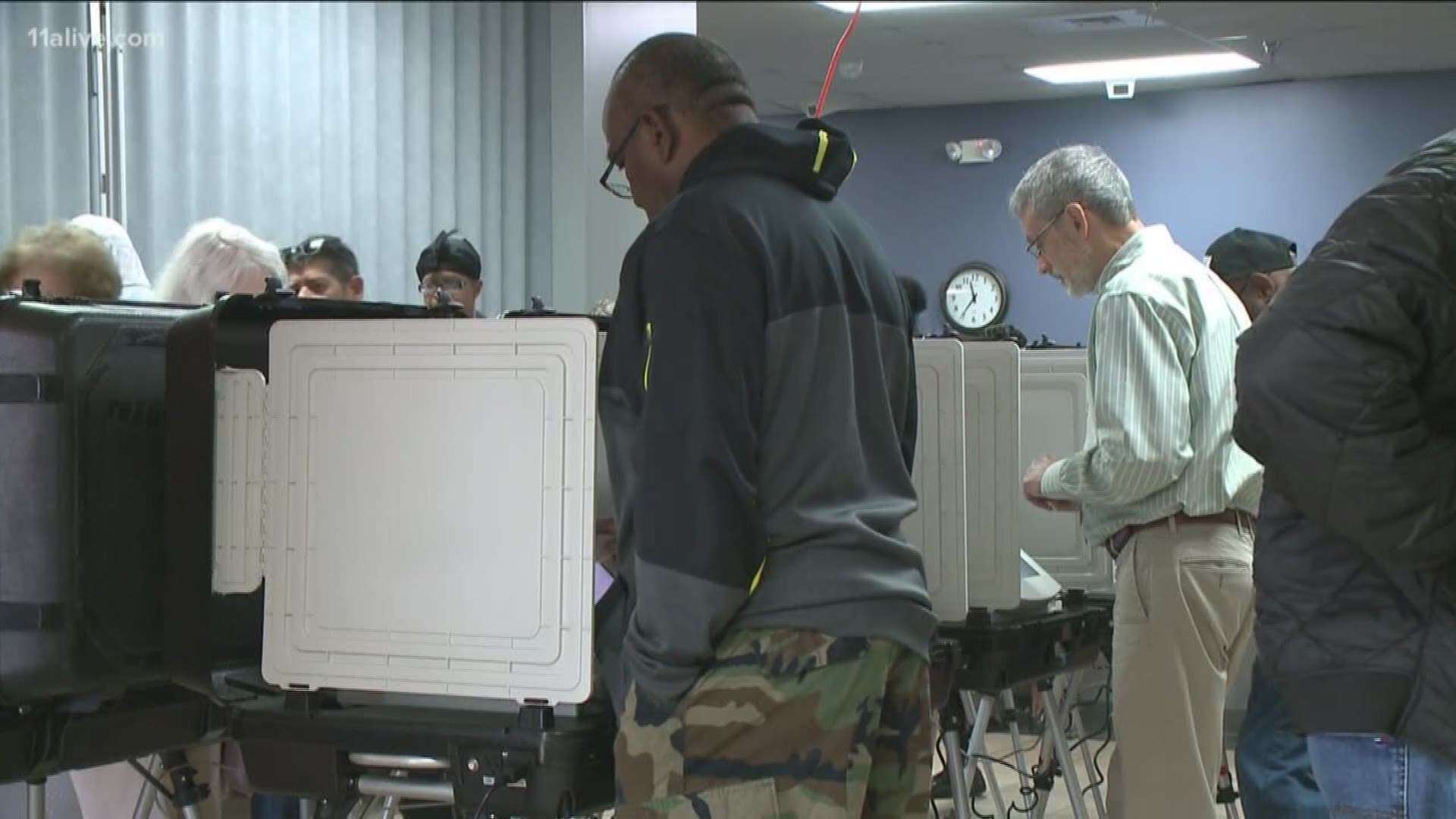 The Georgia Secretary of State's office issued an update Sunday afternoon to its initial statement which had accused the state's Democratic Party of what it called a "failed attempt to hack the state's voter registration system."

Georgia Democratic Party officials, challenging the assertion by Secretary of State and current Republican nominee for governor Brian Kemp, said the secretary "has a long history of failing to protect the security" of the state's election's system.

Kemp's office said it had launched a formal investigation on Saturday into the state's Democratic Party and had alerted the Department of Homeland Security and Federal Bureau of Investigation.

In the second statement, the secretary's office said they had opened an investigation after they received information "from our legal team about failed efforts to breach the online voter registration system and My Voter Page. We are working with our private sector vendors and investigators to review data logs. We have contacted our federal partners and formally requested the Federal Bureau of Investigation to investigate these possible cyber crimes." 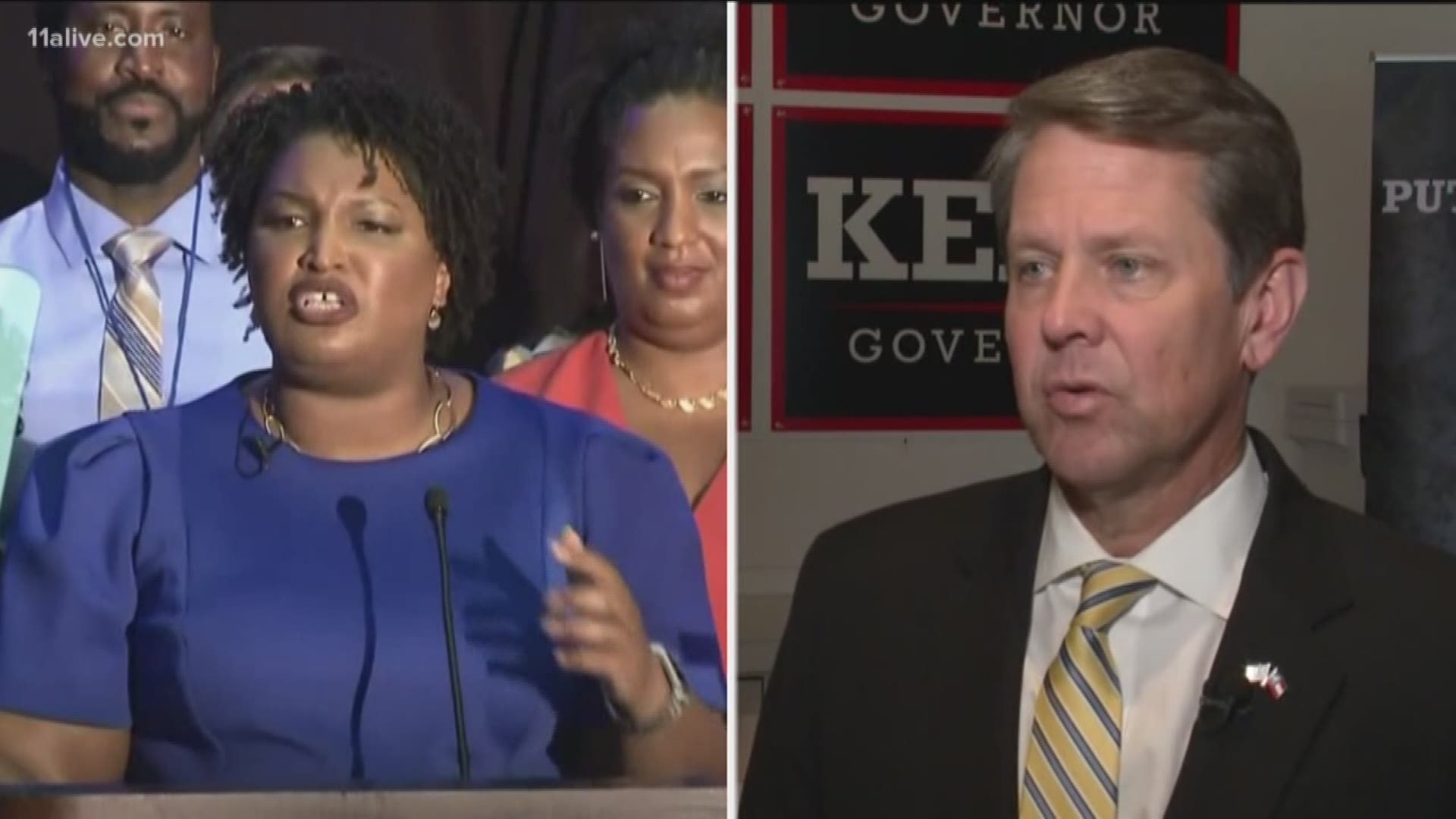 Sunday morning, Kemp's office revealed the investigation and said that no personal data was breached in conjunction with the accused hack attempt.

"We can also confirm that no personal data was breached and our system remains secure," said Candice Broce, spokesperson for the secretary's office.

► VERIFY | Can Brian Kemp run for governor while he is secretary of state?

Reached early Sunday morning, Democratic Party of Georgia executive director Rebecca DeHart issued a statement that said in part, "This is yet another example of abuse of power by an unethical Secretary of State. To be very clear, Brian Kemp's scurrilous claims are 100 percent false, and this so-called investigation was unknown to the Democratic Party of Georgia until a campaign operative in Kemp's official office released a statement this morning. This political stunt from Kemp just days before the election is yet another example of why he cannot be trusted and should not be overseeing an election in which he is also a candidate for governor."

Election integrity advocates had already pushed forward a federal suit against the secretary of state's office which sought to force the state to shift to paper ballots during this year's midterm election amid fears that Georgia's current balloting process was vulnerable to potential hackers, notably from Russia or Iran.

In early October, a federal judge denied a motion that would have forced the state to shift to paper ballots this year, while saying the state needed to make a change following this year's election cycle.

"It is also a fact that Brian Kemp is the last person who can be trusted on cybersecurity given his record of leaking the personal information and social security numbers of six million Georgians," DeHart continued in her statement. "Eleventh-hour, cynical ploys come as no surprise from Brian Kemp, a man who raided the offices of organizations who register people to vote and had a woman arrested for helping her blind father cast his ballot. Brian Kemp is desperate to save his failing campaign, and it's likely we'll see even more of his abuses of power as the election nears, but Georgians will keep working hard, knocking on doors, making phone calls, and voting to make sure he doesn't get a promotion."

Kemp's Democratic opponent in the governor's race, Stacey Abrams, appeared on CNN's 'State of the Union' Sunday morning and according to NBC News, called Kemp's announcement a "desperate attempt on the part of my opponent to distract people from" judicial rulings against decisions he had previously made as secretary of state.

On Friday, a federal district judge ruled against Kemp. In that ruling, the judge said the state would have to make it easier for voters who had previously been flagged under the secretary's 'Exact Match' rules to vote.

"He is desperate to turn the conversation away from his failures, from his refusal to honor his commitments, and from the fact that he's part of a nationwide system of voter suppression that will not work in this election," Abrams said, in part.

Abrams and other Democrats have accused Kemp of purging thousands of voters, most black, from voter rolls ahead of the November 6 general election. Kemp denies this, saying he has made it easier for voters to register during his tenure in office and that he is following the law.

Friday was the final day of early voting in the state of Georgia. More than 2 million people cast their ballots for governor and other federal, state and local offices across the state during the weeks of early voting. Election day is Tuesday, November. 6.