The former Atlanta City Councilman will hold the 5th District seat long held by John Lewis for about a month, until the current session ends. 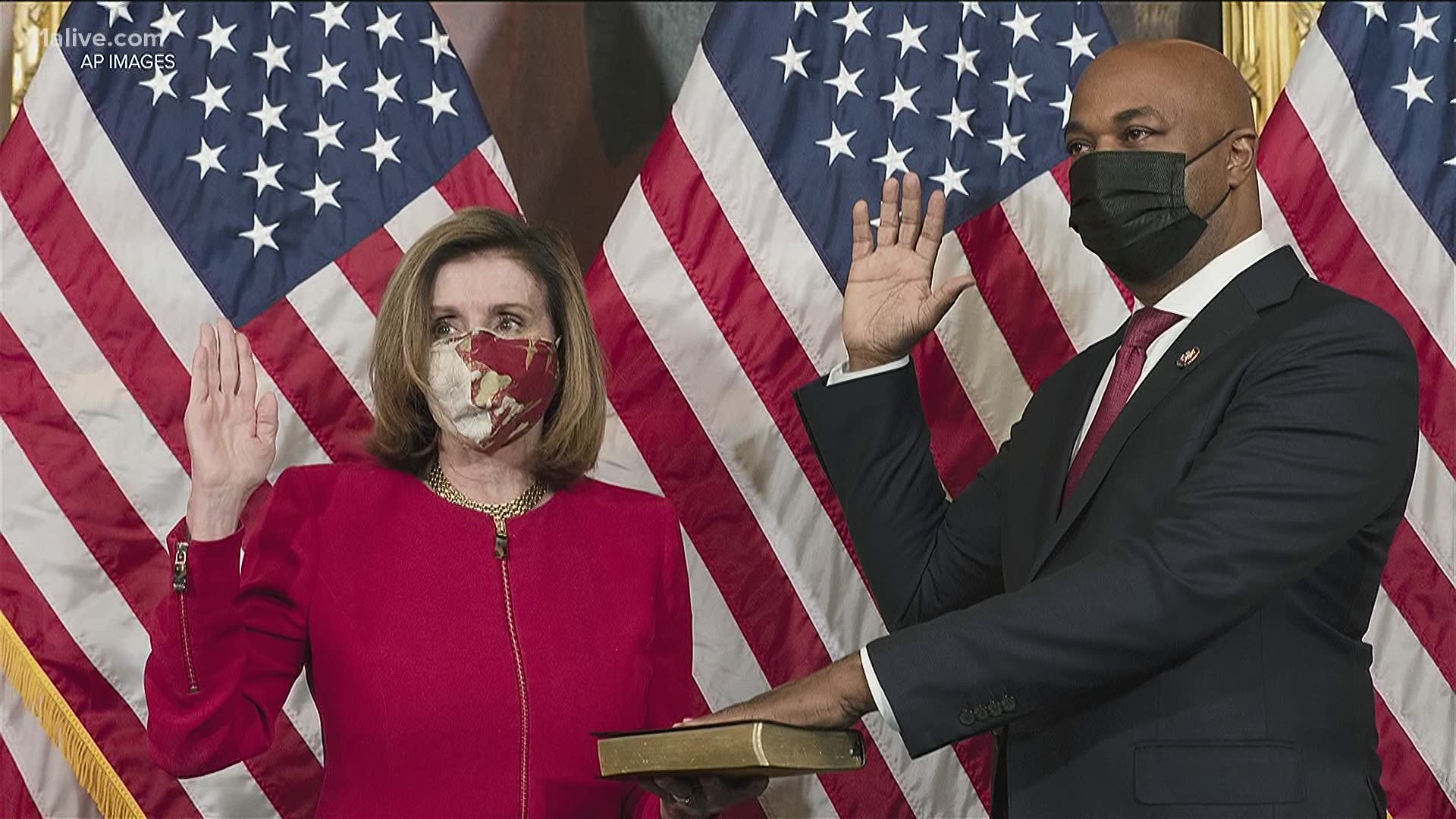 Hall was sworn in on Capitol Hill on Thursday by House Speaker Nancy Pelosi.

Speaking to 11Alive's Joe Henke moments before his swearing-in ceremony, Hall said there is a lot he hopes to accomplish in the short time he is there. He will hold the seat for about a month -- until the conclusion of the current congressional session

“We need the stimulus, we need justice reform. We need a continuing resolution, we need to protect our unemployment benefits. We need to ensure we have our student loans protected and lastly but most importantly we don’t need to see people being evicted," he said. "There are some relief measures that are on the table through the previous package, but we need to do more. So I’m doing everything I can to get in here to take the vote."

Hall flew to Washington late Wednesday night and plans to hit the ground running. He said the staff from the congressional office in Washington has been exceptionally helpful in the short time available to get him up to speed.

"It was very, very last minute, as I mentioned, but I’m thankful everyone has been a part of this process. We had to fly up late last night. I wasn’t really sure how everything was going to work out, but the team here has been outstanding," Hall said. "The staff in Congressman (John) Lewis’ office have been in the last day pushing and supporting, just making sure I could have connectivity as necessary."

Lewis, the legendary civil rights leader also referred to as the "Conscience of the Congress," passed away last July from complications related to pancreatic cancer.

Hall was proud of representing the seat that belonged to Lewis for so many years.

He went on to say that he is thankful for everyone who has helped out in the entire transition process.

"Thankful to the (Georgia) Secretary of State’s office. His team did an outstanding job. There were a lot of people that worked to connect the dots and get his team moving things along. They were really, really great to work with. Equally, the Clerk to the Congress, Speaker Pelosi’s office," he said. "We have been without representation in the district since July 17 (when Rep. Lewis passed away), and the voters had to go through not only a regular election but also a special election. So, this is an extraordinary situation that required support from a lot of people."

At the conclusion of the 116th Congress concludes on January 3, 2021, the 117th Congress will begin and Nikema Williams will become the Representative of the 5th District, after her victory in the November general election.