Last day of early voting ends with no major issues 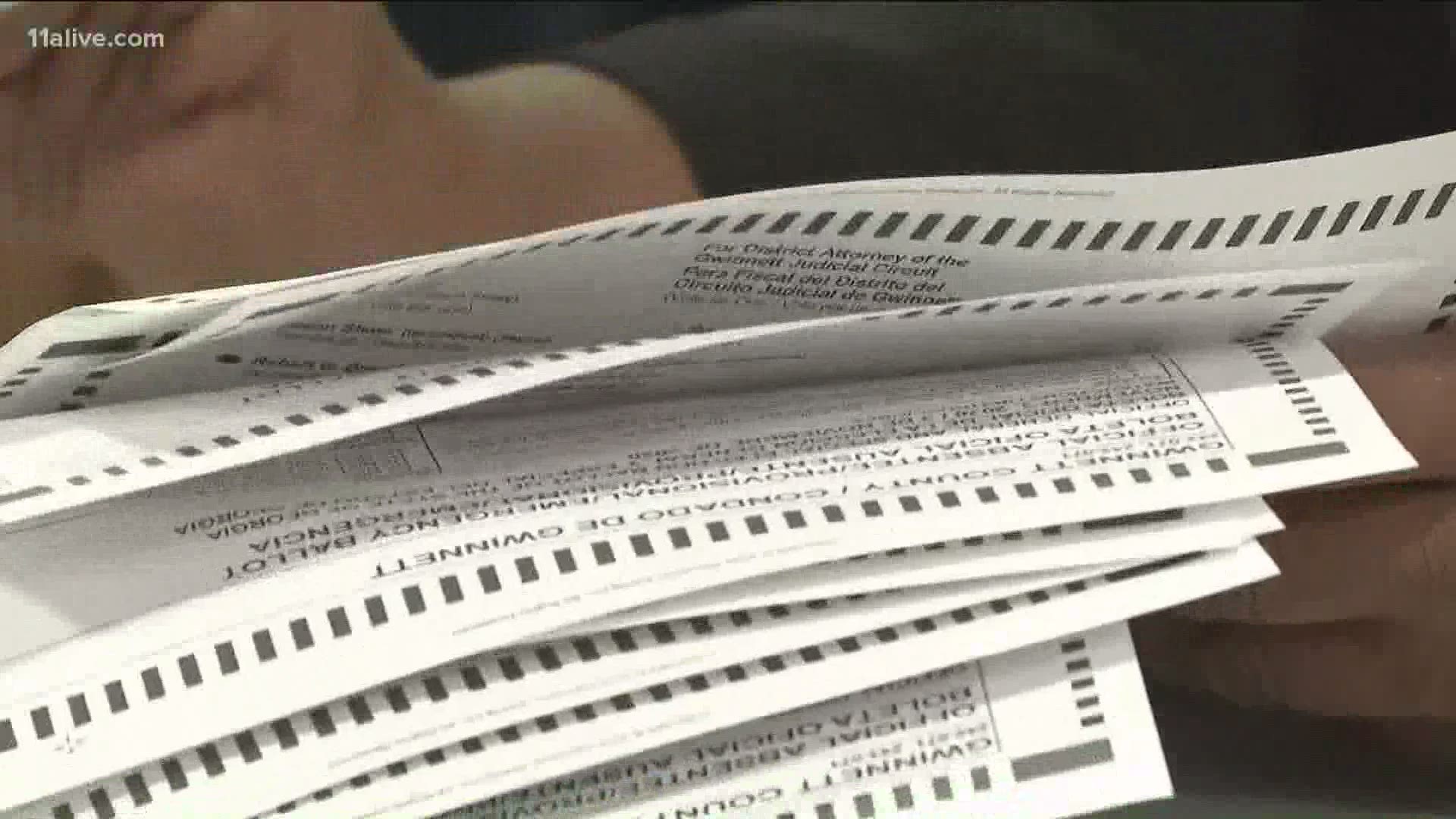 ATLANTA — On the first day of early voting for the U.S. Senate runoffs in Georgia, a record number of votes were cast, with 482,250 ballots being turned in.

As of Thursday morning -- the final day of early voting ahead of the runoff, more than 2.8 million people had already cast their ballots.

Kenyon Coleman has been voting early since the primaries.

But she said she did, enduring the long lines to cast her vote in Smyrna.

She said that voting is not just a right, but a responsibility.

"I always vote," she said. 'Everyone has a voice and it has to be heard, somehow."

Officials in many of the most populous counties around metro Atlanta said they had already started processing absentee ballots.

Cobb County began on December 21. Officials there said they anticipate having results turned in close to one week after the election.

DeKalb County said they started opening absentee ballots on December 21, also, but they did not begin scanning ballots until December 28.

With the exception of military ballots, DeKalb County officials said they expect to have results on election night, or by the next day.

So far, Gwinnett County has scanned more than 82,000 absentee ballots, and anticipates the possibility of having results on election night -- unless the number of mail-in ballots pushes the count into the next day.

According to its website, Clayton County says they have processed more than 34,000 mail-in absentee ballots.

11Alive News has been checking with metro Atlanta counties throughout the day on Thursday to determine if there have been any major issues.

Some counties -- like Cobb County -- reported longer wait times but no major issues.

Some voter registration groups have reported slightly longer times using the voting tablets once inside some precincts in Fulton, Cobb, and DeKalb counties. They attribute that to the bandwidth at some locations.

However, we were not made aware of any major voting issues at any of the locations.