Scroll for the latest updates. 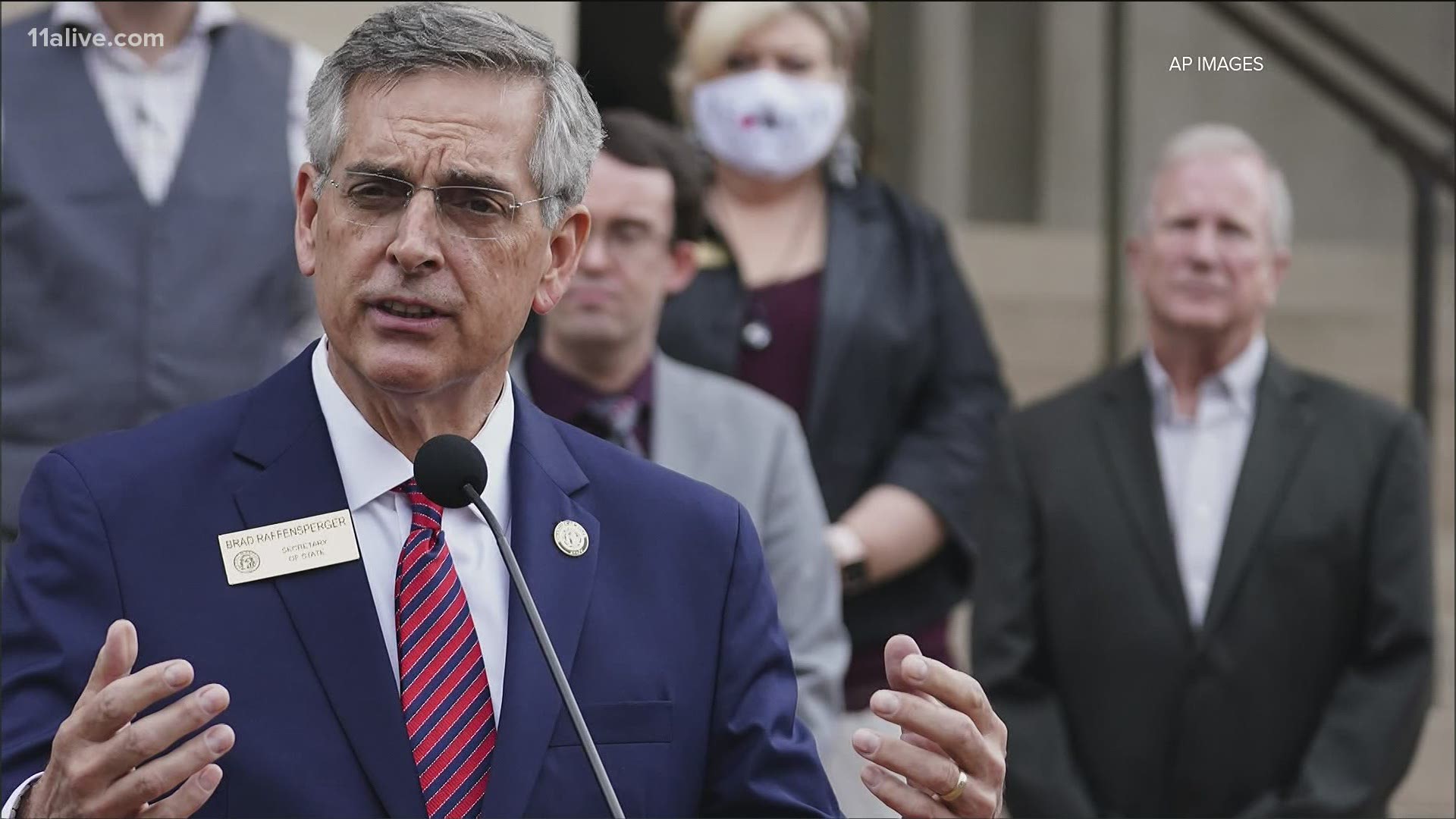 This recount is being done by machine instead of hand, absent a court order or through certain provisions in Georgia law to account for malfunctioning machines.

Watch to see how they will approach the impending deadline while working around the Thanksgiving holiday. pic.twitter.com/kL8x1NvJbk

2:45 p.m. | Remember how Andrew Yang said he was going to move to Georgia to lend his help to the Democratic cause in the Senate races? It caused a bit of consternation in the Secretary of State's Office, as they wanted to make clear you can't move to Georgia just to vote in January.

Well, Yang clarified he was just coming to help campaign, and it appears he's here now:

Making the case with @OfficialMLK3 to Georgia voters - voter registration is open until Dec 7 and early voting starts Dec 14! There was a news camera there too. 😀 pic.twitter.com/1YJXZO93JA

11:50 a.m. | 11Alive's Brendan Keefe points out Lin Wood's appeal - following a dismissal by a District Court judge of his suit to stop Georgia from certifying its election results - appears to be facing stiff headwinds.

11:00 a.m. | In that last press briefing, Fulton County Elections Director Rick Barron pegged the cost for the hand-count audit and official recount together at about $400,000. In Georgia, counties (and by extension taxpayers) bear the costs of these recounts.

Fulton County, Georgia has been forced to pull staff away from processing Senate-runoff absentee applications and new voter registrations to handle the third count of presidential ballots. Total taxpayer cost for the two recounts will approach $400,000 the county says. pic.twitter.com/NjLUi0NXE2

10:10 a.m. | Fulton County started its recount this morning, and you can watch it at the Fulton Government TV YouTube page. The county says it will be holding a press briefing in about 20 minutes at 10:30 a.m.

9:20 a.m. | President Trump retweeted a very bizarre claim that here in Georgia, "they threw away the envelopes with the signatures that the ballots came in, then commingled the mail-in ballots with the day-of ballots so there was no way to tell them apart."

The counties are supposed to keep the envelopes for records purposes, and outside of an incident in Spalding County there's been no suggestion they've been thrown out anywhere.

The second part of the claim - that elections workers in Georgia mixed the mail-in ballots with the Election Day ballots so that there wouldn't be a way to tell them apart - is simply foundationally wrong.

8:30 a.m. | In case you missed it, Georgia Secretary of State Brad Raffensperger has written an editorial in USA Today this morning in which he says President Trump - the man he voted for - is throwing him under the bus.