Community leaders and organizers want to keep the momentum going, hosting events all over metro Atlanta to energize voters. 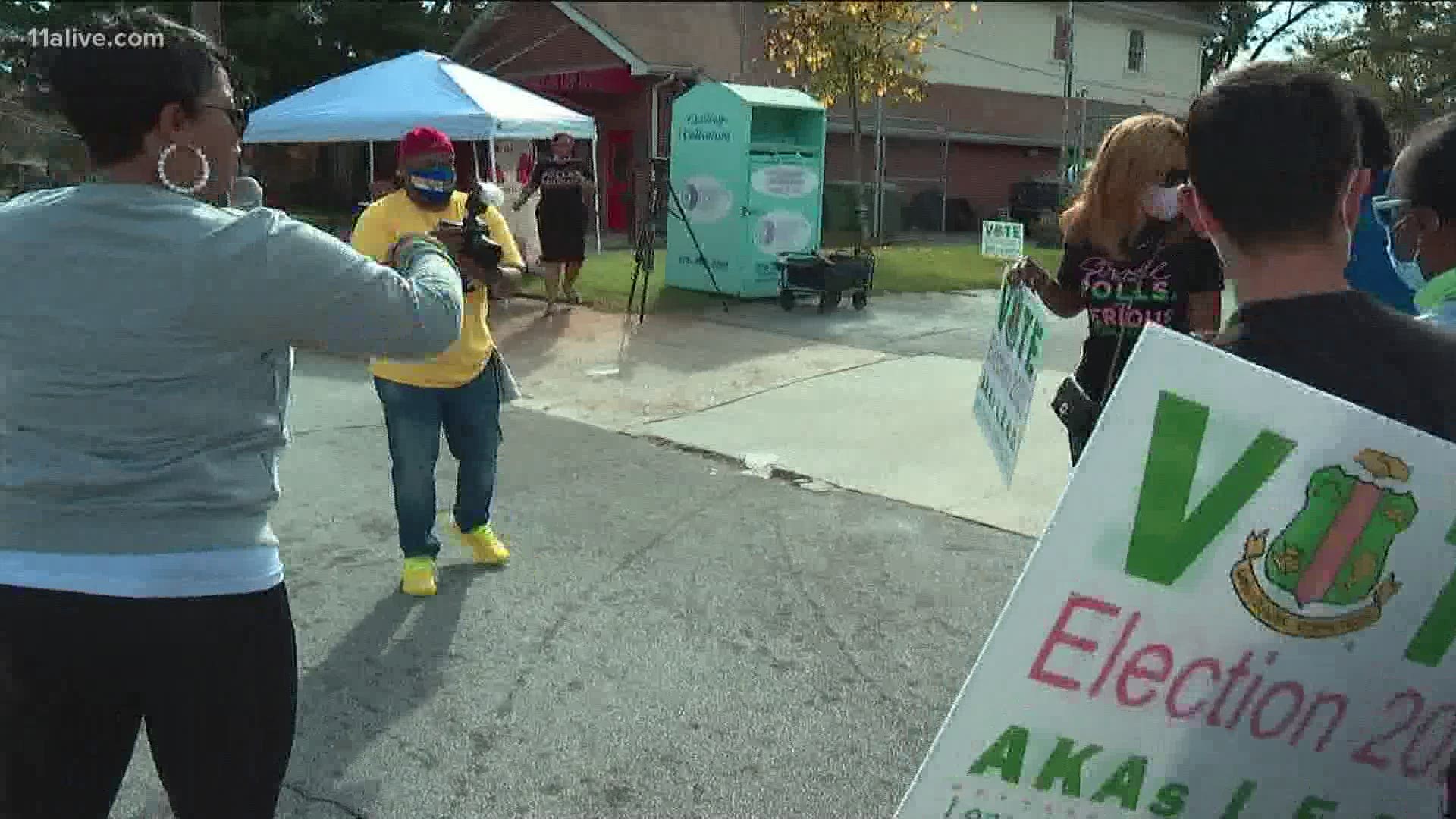 ATLANTA — This is the last weekend to vote early and all across metro Atlanta Saturday, people came to cast their votes.

Ititi Obidah made it to State Farm Arena in Atlanta just in time Saturday to cast her early vote, joining the record number of early voters this year.

“I feel like a lot of people feel like now we understand how important our vote is and I think that’s why the turnout is so high,” she said.

But community leaders and organizers want to keep the momentum going, hosting events all over metro Atlanta to energize voters.

Two events – one headed by local NAACP branches and another by Black elected officials, clergy, and organizers – aimed to encourage Black voters to hit the polls.

A Pew Research Center study considers Georgia one of the top nine most competitive states in this year’s elections with a third of eligible Black voters in 2020 living in those states.

Those studies show there are a record 30 million eligible Black voters this year.

“I think a lot of organizations that are stressing the importance of voting and I think we’re getting on board with that and understand that now,” Obidah said.

But it’s not just the urban Black vote candidates are after; they’re also targeting the suburbs, like Gwinnett County which turned blue in 2016.

While most of the suburban counties in metro Atlanta have been historically red, President Donald Trump’s campaign and other Republicans have been making an appeal to those swing counties this year as well.