Trump once again took aim at Gov. Brian Kemp and the election process in Georgia, even suggesting at one point that Rep. Doug Collins run for his seat. 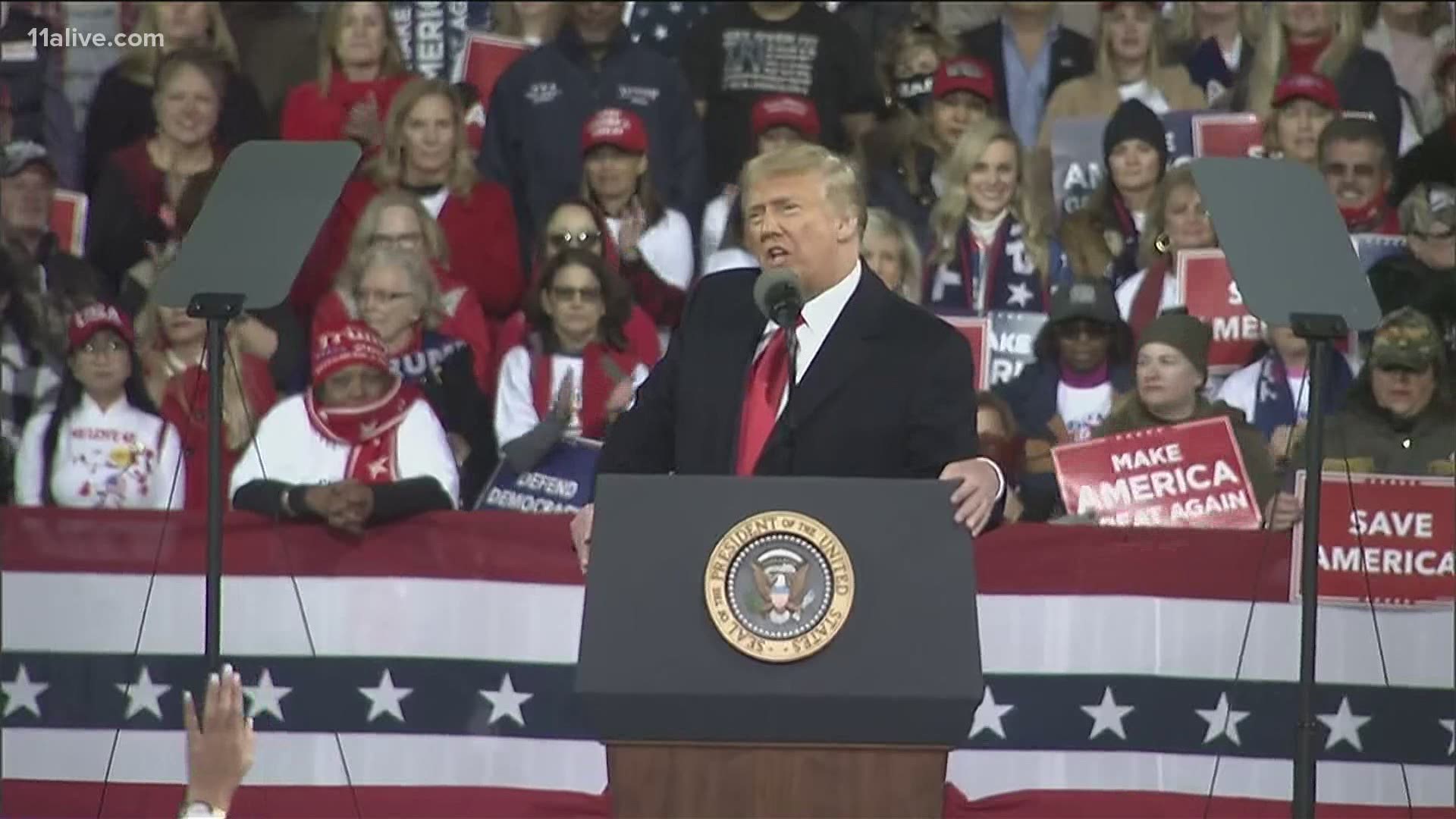 VALDOSTA, Ga. — A rally held in south Georgia to promote the reelection of Sens. Kelly Loeffler and David Perdue proved to be as much about ongoing grievances with the November election when Donald Trump took the stage on Saturday.

The president continued to push allegations of voter fraud that cost him electors in Georgia and beyond during the event at a Valdosta airport. He also urged voters to take to the polls to make sure both incumbent senators retain their seats in the upcoming January runoff.

The president's message seemed somewhat at odds with that of attorneys Lin Wood and Sidney Powell, major Trump supporters who suggested Republicans boycott the runoff in protest of the state's election process that they claim allowed an illegitimate Biden win.

While acknowledging the death of a campaign staffer of Loeffler at the start of the event, the president nonetheless continued a verbal assault against the state's governor, Brian Kemp, who missed the rally as his family mourns the loss of the young man.

The attacks also came just hours after Trump allegedly called Kemp to pressure the governor into calling a special session to overturn the state's election results.

The idea behind a special session would have been to have the legislature re-write Georgia's election laws so that they could hand-pick Electoral College voters who would give the state's votes to the president.

The president also announced several Republican politicians in the audience during the event, taking a moment to suggest that one of them, Rep. Doug Collins, possibly run for governor in two years.

Collins, who ran against Loeffler for the Senate seat and lost, has been a staunch supporter of Trump in the U.S. House.

Loeffler will go up against the Rev. Raphael Warnock in the upcoming Senate runoff. Perdue will face Jon Ossoff.