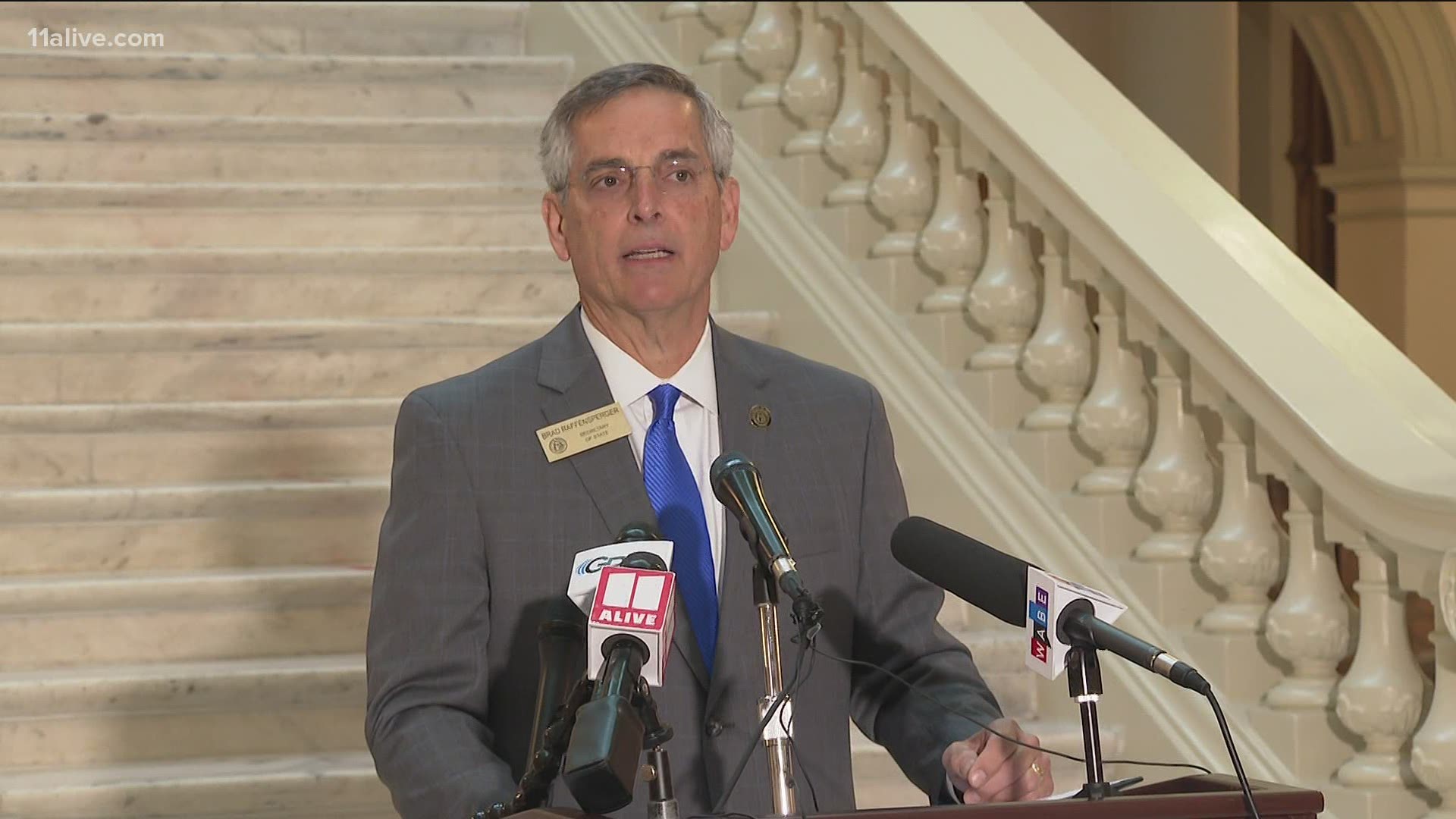 ATLANTA — Georgia Secretary of State Brad Raffensperger addressed voter concerns during the last week of early voting in the Peach State. He held a press conference Monday, saying election security and ballot integrity were paramount in this election.

“We expect even more higher turnout than we’ve seen so far,” Raffensperger said. “With that, there may be lines. Expect lines, long lines.”

The secretary of state said Georgians have already cast 2.8 million ballots during the early voting period. That number is more than two-thirds of the state’s overall vote tally in the 2016 presidential election. Raffensperger said he anticipates up to 5.5 million Georgians to vote in the 2020 election.

Raffensperger tried to ease concerns about ballot integrity, saying voters are asked to show proper identification and poll workers are taking the necessary steps to make sure every vote is counted. As for those worried about voter suppression, Raffensperger pointed to expanded polling locations and record turnout to prove otherwise.

“There has never been easier voting in Georgia,” Raffensperger said. “My job at this office is to ensure all Georgians that there is neither rampant vote theft or suppression. People have concerns and I get it.”

The secretary of state reminded voters who applied to vote absentee by mail to turn in their ballots, and he advised voters to make a plan in the next few days.

Raffensperger said counties were working to keep up with a record number of early ballots, ensuring what he called “relatively timely results” on election night.

Watch a replay of the Monday morning press conference here: