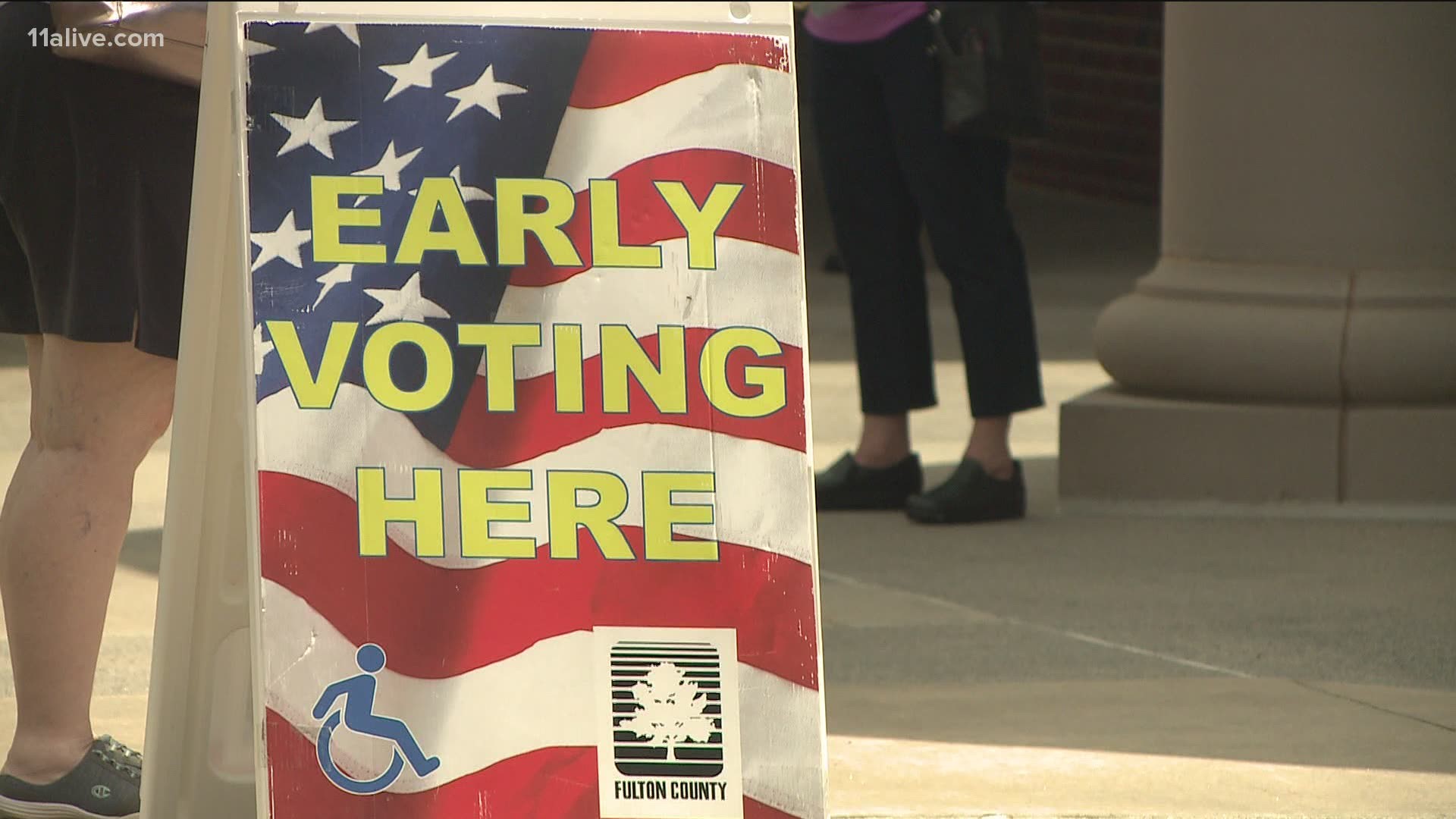 ATLANTA — Early voting at some polling locations in Fulton County are causing safety concerns during the COVID-19 pandemic. It's a concern shared by voters, poll workers and election officials.

At the CT Martin Recreation Center and South Annex, lines formed on Tuesday before 7:45 a.m.

Because of this – starting Wednesday, polling places will open at 7 a.m. – two hours earlier than originally scheduled.

During this morning’s emergency board meeting, Fulton County's Director of Registration and Elections Richard Barron also worried about the poll workers who are in the field for weeks at a time - and are now pushing back.

“Most of them are saying that they don’t want to work now, even though they were committed to if before, because they are worried about contracting the virus,” Barron said.

On Friday, the Secretary of State's office received a new shipment of PPE for poll workers across the state, in an effort to keep them safe.

“We've gotten 135,000 masks, 27,500 bottles of hand sanitizer, like 250,000 gloves, and those are all in the process of being distributed to the county this week and next,” Gabriel Sterling, statewide voting system implementation manager said.

Voters should also remember that early voting will be offered daily at five locations through June 5.

The big push, though, is encouraging all voters to request an absentee ballot, if they're concerned about their safety.

“We need the voters of Georgia to really chip in and work together and vote from the safety of their home, it’s going to be better for their neighbors, better for the poll workers and better for the election process,” Sterling said.

Voters who have requested an absentee ballot must either surrender the ballot when they go vote or complete an affidavit if they now choose to vote at the polls.

Early voting in Georgia begins - but with changes

Mail-in voting in Georgia | How it works