One percentage point separates the two, and Karen Handel has been here before. 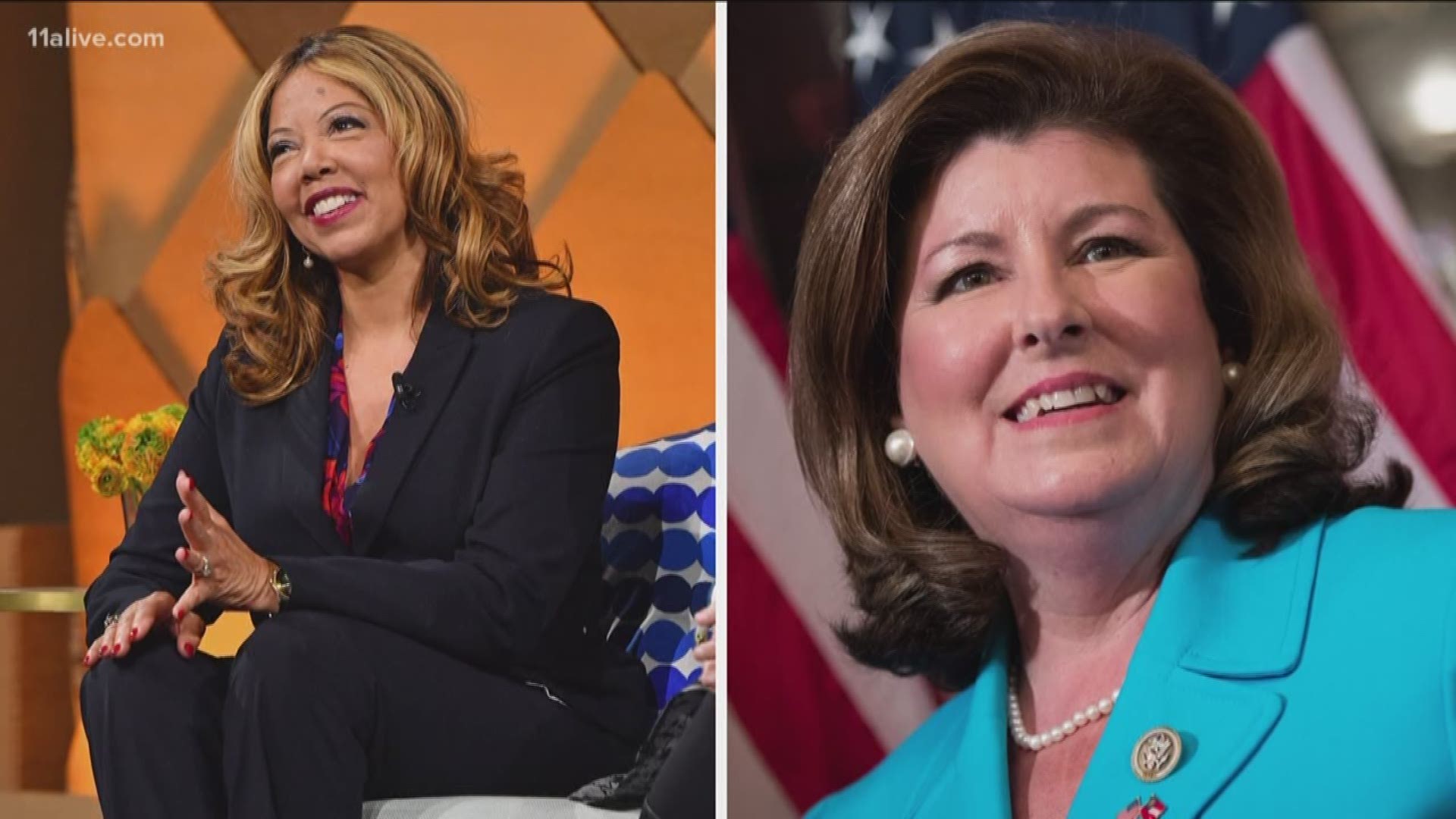 ATLANTA -- The U.S. House race in Georgia's 6th Congressional District between Democrat Lucy McBath and the Republican incumbent Karen Handel is one of the tightest contests on the ballot, seemingly an undecided “toss-up,” but the Democrat is claiming victory.

The latest numbers show McBath with a tiny lead.

McBath declared victory Wednesday afternoon, but Handel said it’s too close to call. She is analyzing all the data, checking to see if there are any absentee ballots still uncounted. A recount may take place because the margin is so slim.

Handel and McBath who had been campaigning against each other since the summer only met each other once-- at their Atlanta Press Club debate last month. Handel was the front-runner then. Now Handel's own history is possibly repeating itself.

Sixth District voters who live in parts of three counties -- Cobb, Fulton and DeKalb -- are rapidly shifting from Republican to Democrat. The breakdown on the election map shows East Cobb is still GOP all the way. Handel handily beat McBath there, 56 percent to 44 percent.

In north DeKalb, McBath crushed Handel, 60 percent to 40 percent, which was enough to pull out ahead of Handel.

Handel and McBath split the Fulton County vote. Handel had 50.3 percent, and McBath had 49.7 percent. McBath took parts of Sandy Springs, Roswell, Alpharetta and Johns Creek-- but so did Handel, who also took Milton.

In an emailed statement, McBath said the race has been hard.

"After a hard fought race, I am honored to announce that the people of Georgia’s Sixth Congressional District have put their trust in my vision for the future of our district and nation. The voters responded to my commitment to put aside partisan fights for the good of the American people," the statement read in part.

She said finding people-based solutions to gun violence will be a top priority for her.

"I look forward to representing the people of Georgia’s Sixth Congressional District, and I pledge to work hard fighting for every single person and family in this district," the statement ended.

Handel is not conceding. Her campaign said in an email to 11Alive News, Given the close results of our race, and the fact that the official results at this time are within the 1 percent threshold where a recount is possible, we believe it is prudent to review and assess all data before making additional actions or statements.

If McBath is, in fact, the ultimate winner, this would strengthen the democrats lead in the U.S. House.

It was just in June, 2017, when Handel was elected to represent the district. She defeated Democrat Jon Ossoff in a special election to replace Tom Price, who left office to serve as President Donald Trump's secretary of the U.S. Department of Health and Human Services. Price served only a few months in the position before resigning in September 2017.

WHAT TO KNOW ABOUT LUCY MCBATH

McBath won a Democrat runoff against Kevin Abel in July, 2018. She is the mother of Jordan Davis, who was shot and killed in 2012 at a Jacksonville, Florida gas station by a man who objected to the loud music Jordan was playing in his car.

In a case that drew national attention, the gunman, Michael Dunn, used Florida's stand-your-ground law as his defense. He was not found guilty of murder in his first trial. In an October 2014 retrial, Dunn was convicted of first-degree murder and sentenced to life in prison.

After her son's death, McBath, who worked for Delta Airlines for 30 years, turned to politics. As national spokesperson for Everytown for Gun Safety, and Moms Demand Action for Gun Sense in America, she urged lawmakers to enact "common sense gun violence prevention laws."