The race was once considered a battleground. Now, Greene is the only candidate running in it. 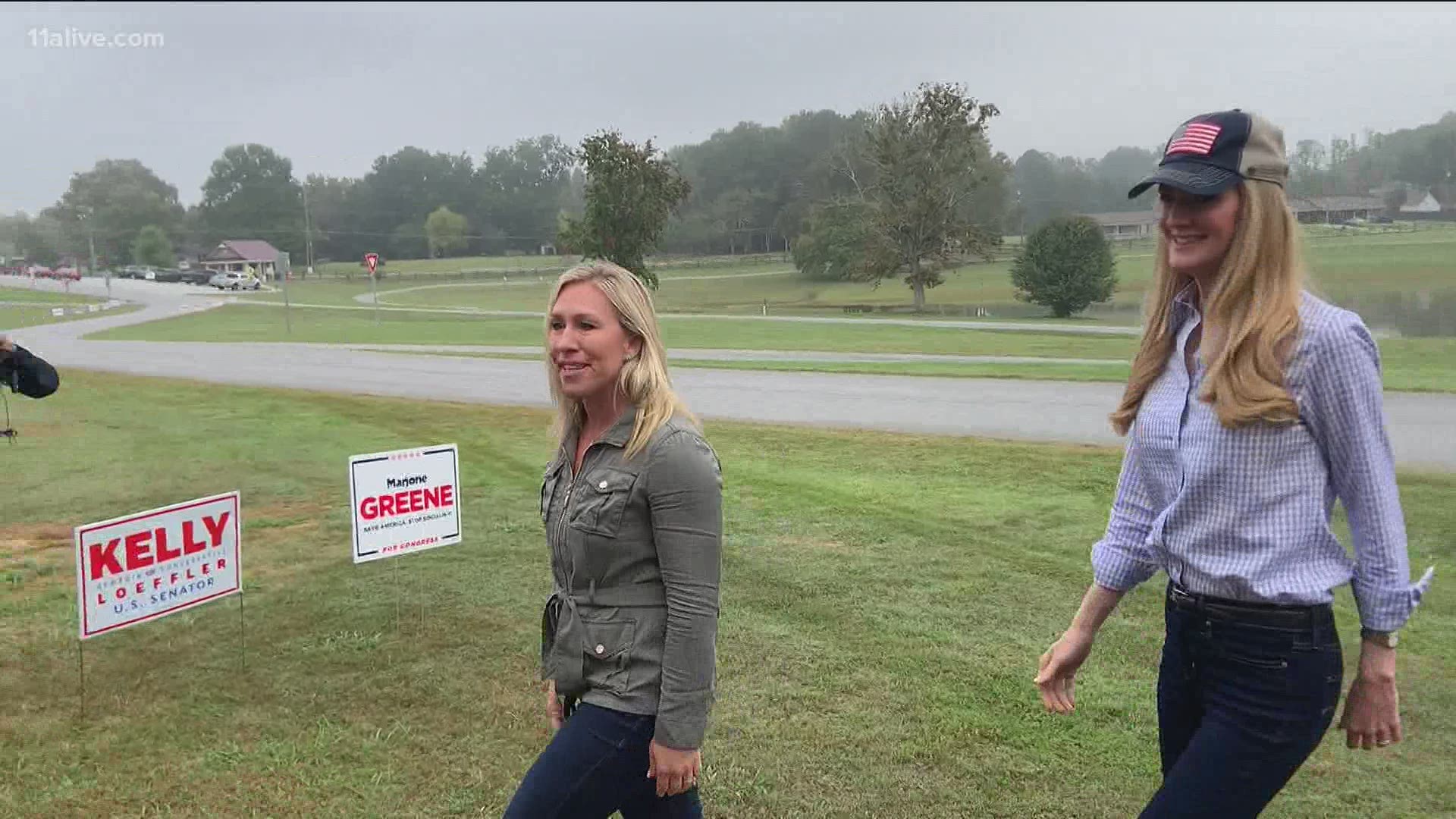 ROME, Ga. — Georgia's 14th Congressional District race was once one of the most talked-about in the country. But it later became less of a race, and more of a wait as the Republican candidate now runs unopposed.

The strongly conservative district came up for grabs when former Georgia Republican Rep. Tom Graves announced in late 2019 that he would not run for re-election. At that point, the standard process began for a replacement of the six-term congressman.

Greene would go on to take the Republican nomination in August where she would face off against a candidate considered a long-shot in a district where the last Republican won by over 76 percent.

However, that ballot competition was not to be. On Sept. 11, the Democratic challenger, Kevin Van Ausdal dropped out of the race suddenly.

In only a few months' time, a crowded race with a Republican and Democrat on the ballot had come down to just one candidate: Greene.

Who is Marjorie Taylor Greene?

On her campaign website, Greene describes herself as "a conservative wife, mother, and businesswoman who 100% stands with President Trump and against the left-wing socialists who want to wreck our country."

In 2002, Greene and her husband purchased the family business, Taylor Commercial, a commercial construction, and renovation company. In her bio, Greene said that the company has since managed "a quarter of a billion dollars of construction projects." She also built up and sold a thriving CrossFit gym in Georgia.

Greene graduated from the University of Georgia and received her Bachelor's degree in Business Administration.  She has been married to her husband, Perry, for 23 years and they have three children.

She also participates in and has been the national director of, Family America Project. The organization describes itself as a "national umbrella organization connecting, uniting, and informing statewide grassroots groups and activists, working together and mobilizing to support President Trump, protect Constitutional rights of Americans and reinvigorate our American roots and culture."

Part of the reason the race got so much national attention is the person who would go from front-runner to the only choice in the race. Greene has publicly supported QAnon - a massive conspiracy theory that paints President Donald Trump as a secret warrior fighting against a supposed child-trafficking ring run by celebrities and "deep state" government officials.

In the wake of the theory's growing popularity - despite any proof to back it - social media has worked to prevent the spread of QAnon theories on their platforms. Additionally, the FBI, in a 2019 memo, identified the conspiracy theory as one that could "motivate some domestic extremists to commit criminal, sometimes violent activity.”

However, Greene's visibility amid the controversy has also drawn the attention and support from other Georgia politicians - and even the president himself - though he hasn't yet addressed questions regarding QAnon.

In the case of the 14th Congressional District, Greene is currently the only candidate still on the ballot meaning a loss would require a write-in getting more votes.

The state has seen record early voting and absentee voting numbers, which can ease voter gridlock on Election Day, plus it puts voting data into computer databases more quickly.

While some counties have started opening and processing ballots, the votes can't actually be tabulated until after polls close on Election Day, per state law.