Of the 4.4 million votes that were tallied, Black voters played a key role in the early voter turnout and on Election Day. 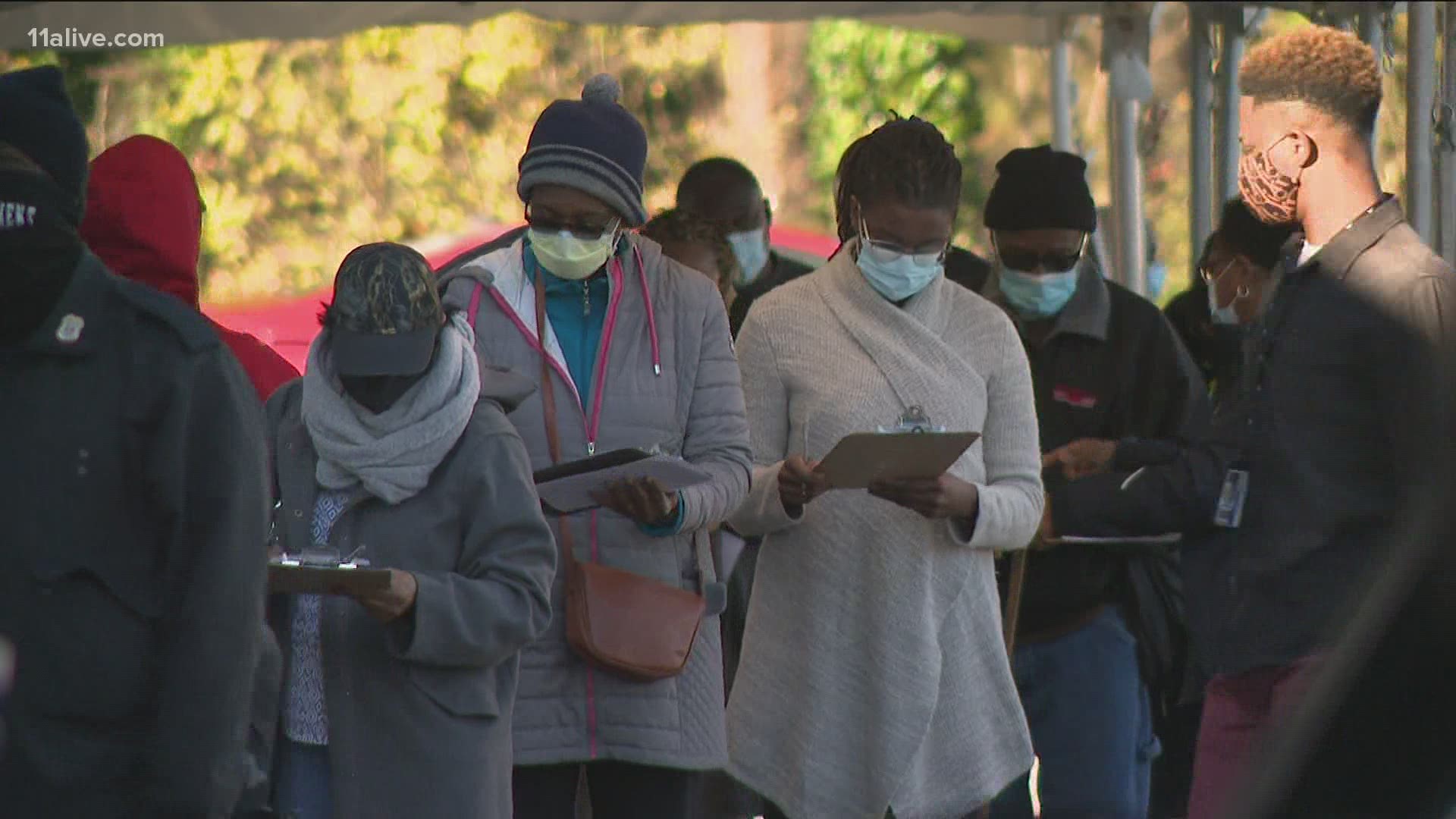 ATLANTA — As Georgia continues to count votes and finalize election results, Black voter turnout was the difference-maker in both of the heated U.S. Senate races.

DeKalb County is celebrating the role it played on Tuesday night.

Even though the turnout was not a surprise, the timing of the county's vote brought nationwide attention to the county.

Late into the night, DeKalb appeared to be ground zero, as the tally of the county’s votes came in, which ultimately shifted the lead in favor of the Democratic candidates.

LaTosha Brown, co-founder of Black Voters Matter, says all of the year-long efforts from Black-led voting groups came down to the emergence of what she called a "New South rising."

“Black Voters Matter. What we see is what has propelled this victory. It has been led by Black voters,” Brown said. “The people of Georgia have actually become stronger, that in fact, they have become more resilient, and more focused.”

Of the 4.4 million votes that were tallied, Black voters played a key role in the early voter turnout and on Election Day itself.

Bernard Fraga, Associate Professor of Political Science at Emory University, said that the dynamics are shifting.

“Georgia is undoubtedly now, a purple state," he said. "It’s a state that is going to see a change of power. We’re going to see Georgia become more competitive in statewide elections.”

Another county that deserves its share of the spotlight is Rockdale County.

Rockdale showed more interest in the Democratic candidates’ Senate runoff election than for the candidates during the general election in November.

The key to victory for both parties during the runoff election was to outperform the margins won by their parties in the November election. Democrats were able to accomplish that.

Though the difference may appear small, that difference plays into the demographic shift and population change in the county.

Black voter turnout groups have been mobilizing and organizing to increase voter turnout, and they have indicated that they are satisfied with the results.

Dr. Maurice Hobson, an African-American Studies Professor at Georgia State University said that the state of Georgia makes for an interesting case study of Black political empowerment and canvassing during key elections.

“This is probably the most important election in the history of the state of Georgia,” Hobson said. “Black Atlanta showed herself mightily last night. This idea of voting, not based on race, but based on democracy for those who truly believe in this country.”

As we wait for the final election numbers, Georgia has now proven to the nation that it is a key battleground state.