He'll make stops in Canton and Gainesville on Friday afternoon. 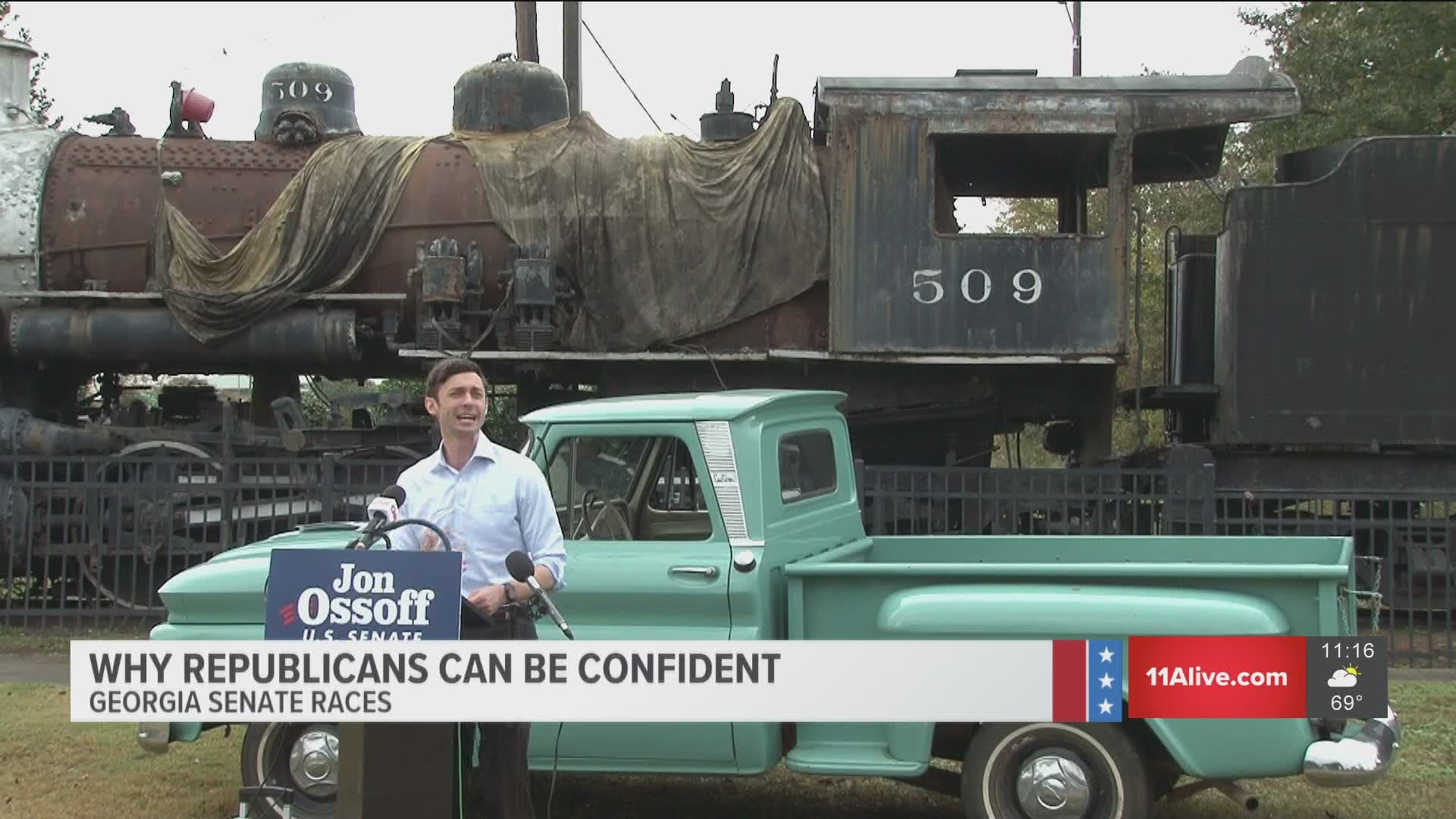 ATLANTA — Vice President Mike Pence will be in Georgia on Friday to campaign for Senators David Perdue and Kelly Loeffler as they face an important January runoff.

Pence will travel to Georgia and then embark on a "bus tour," the Republican Party of Georgia said.

The first stop will be in Canton at 12:30 p.m. where the VP will deliver remarks "on the importance of fighting for conservative legislators at a Defend the Majority Rally with Senators David Perdue and Kelly Loeffler," the party said in a news release. It will take place at the Cherokee Conference Center (The Bluffs).

The bus will then make its way to Gainesville, Georgia. There, Pence will "highlight the historic accomplishments of the Trump Administration at a Defend the Majority Rally with Senators David Perdue and Kelly Loeffler," the release said. This is being held at the Chicopee Woods Agricultural Center.

RELATED: As goes Georgia, so goes the United States Senate

Georgia is closely divided, with Democrats making gains on Republicans, fueled by a surge of new voters. But no Democrat has been elected senator in some 20 years.

We are likely to see many more big names make stops in Georgia to campaign for the candidates. If the GOP wants to keep control of the Senate, it must win both seats.

On Monday, President Trump, to no surprise, officially endorsed Loeffler and Perdue via Twitter.