Here's what we know about the vice president's visit. 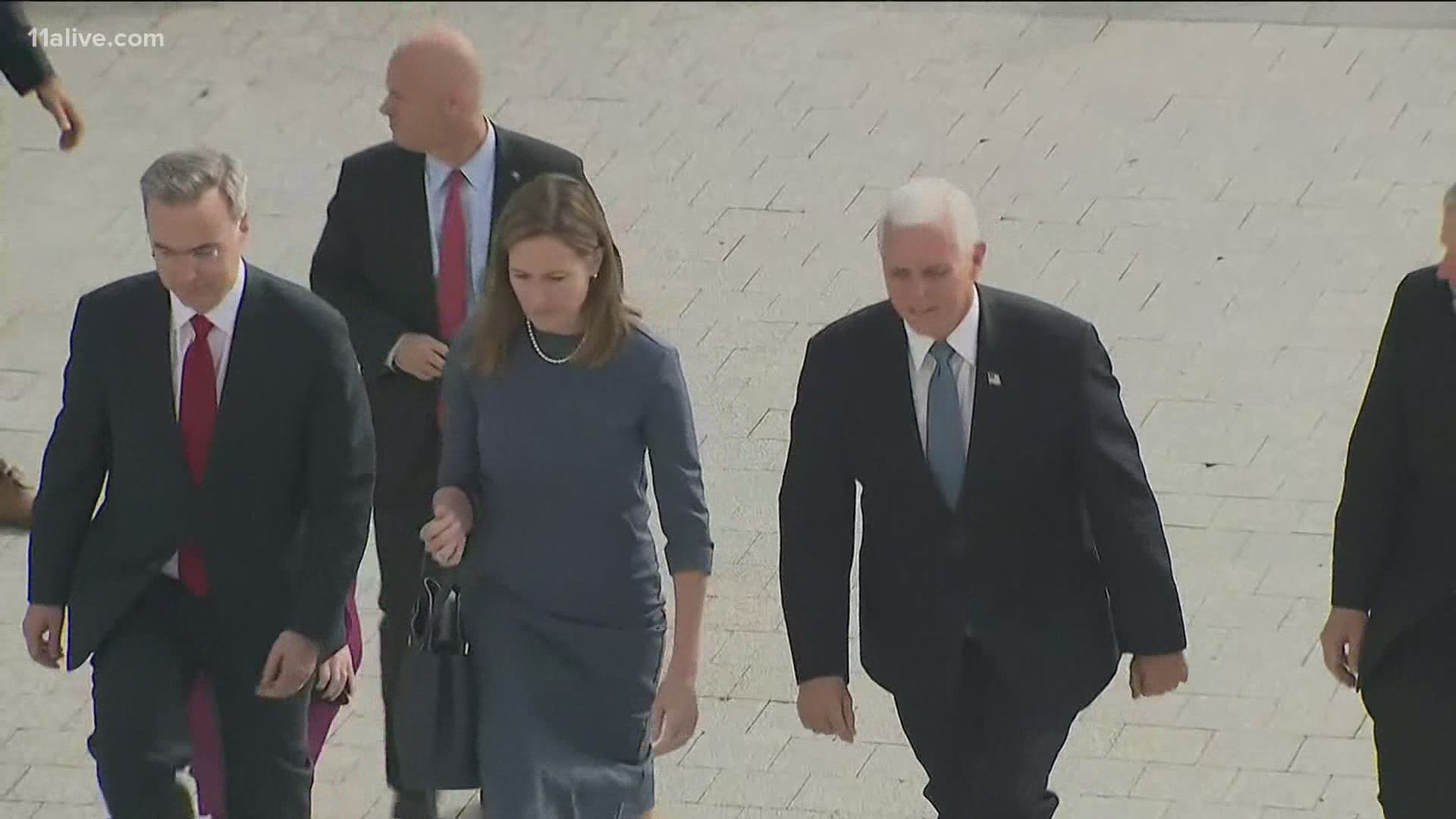 ATLANTA — UPDATE: The vice president's at the Faith & Freedom Coalition Policy Conference concluded around 4 p.m. on Wednesday. They will be available shortly on our YouTube channel.

The finish line for the Nov. 3 presidential election is rapidly approaching, and campaigning is ramping up - especially here in Georgia, which is showing signs of becoming competitive for Democrats in 2020.

As part of the campaigning, Vice President Mike Pence will make a swing back through Georgia to energize Republican voters, less than a week after President Trump's visit.

Here's what we know about the vice president's visit.

When will the vice president be in town?

According to the schedule from the White House, Pence is set to land at Dobbins Air Reserve Base in Marietta around 12 p.m. before heading over to the Cobb Galleria for a speaking event - the same venue where President Trump spoke last week.

Why is he here?

According to the White House, Vice President Pence "will deliver remarks at a Faith & Freedom Coalition Policy Conference highlighting the Trump Administration’s continued efforts to support religious freedom and every American’s right to worship."

The vice president was last in Atlanta in May, when he attended the funeral for evangelical figure Ravi Zacharias. He had also been here a week before that for a roundtable with restaurant industry leaders at Waffle House headquarters.

The visit also follows a number of high-ranking Trump surrogates, including the president's children Ivanka and Eric, and Attorney General William Barr, have all recently visited Georgia, an indication of just how contested Georgia will be in the 2020 election.

Will traffic be affected?

The vice president's visit - like the president's - will mostly be contained to Cobb County this time around, indicating that traffic through town may not see as big an impact.

However, drivers in Cobb County, especially those near the Perimeter and I-75, and between Dobbins and the Cobb Galleria, may want to avoid the area during those hours of the president's visit to avoid any traffic headaches. If you do find yourself in motorcade traffic, check 11Alive.com/traffic for alternate routes.