Voters sweat whether to wait for mail or vote in person 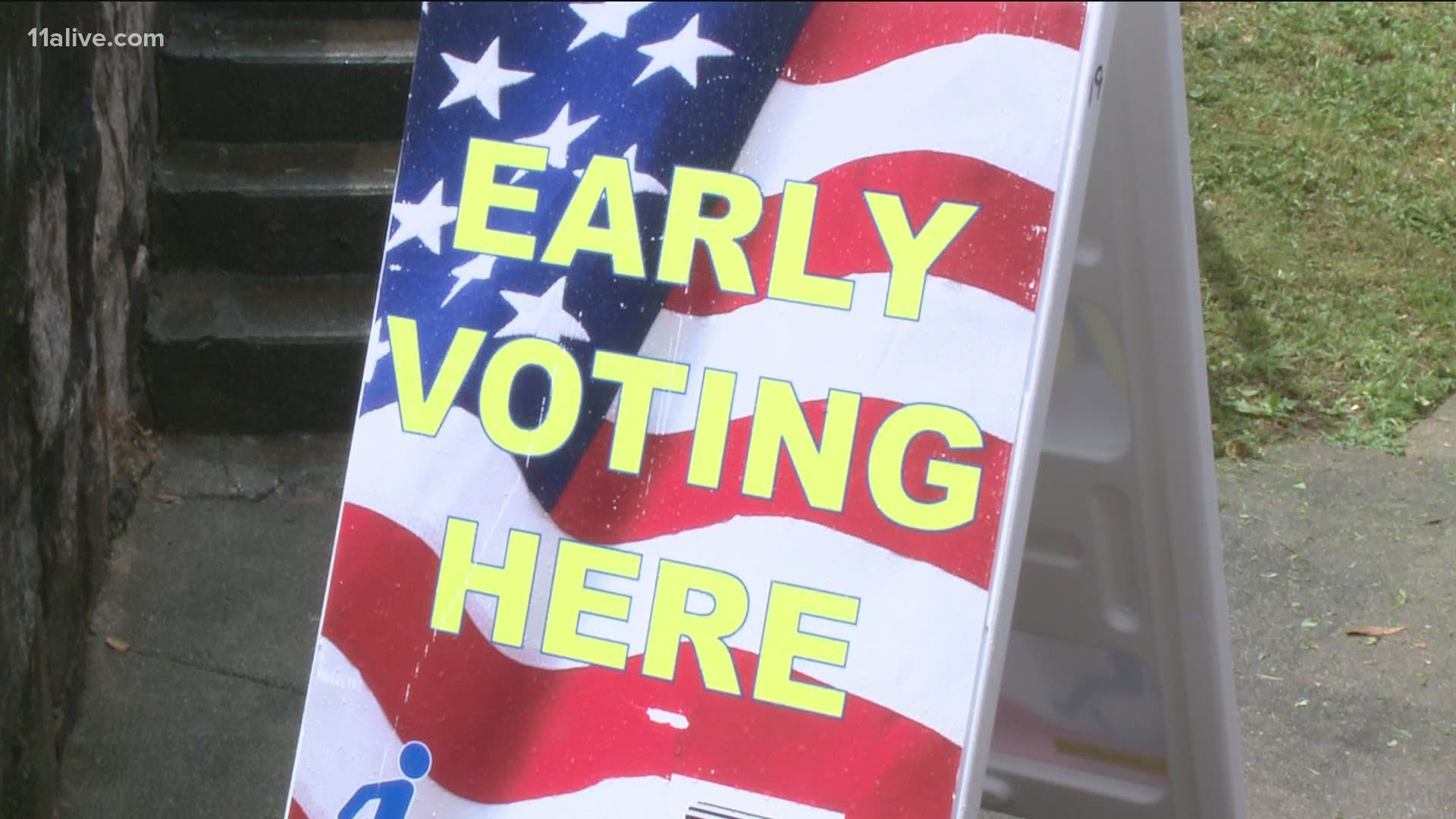 SANDY SPRINGS, Ga. — With the June 9 primary 12 days away, the secretary of state’s office says there are still more than 50,000 voters around the state who have asked for, but haven’t yet received, absentee ballots.  And the advice they’re getting is to just wait – and don’t vote in person. At least not yet.

"We applied at the first of May," said Jack Cohen, who was with his wife Yvonne outside of an early voting site in Fulton County. Though Mrs. Cohen received her absentee ballot and submitted it Thursday, Mr. Cohen says he never got his. And he’s not sure he ever will.

In Fulton County, about a quarter of the voters who requested absentee ballots are still waiting, according to the Secretary of State.

RELATED: How to check the status of your absentee ballot in Georgia

RELATED: Mail-in voting in Georgia | How it works

He told 11Alive he doesn’t want voters who have requested absentee ballots to also show up at early voting precincts, which requires poll-workers to take extra steps to deactivate the unused absentee ballot.

Only 44% of the absentee ballots sent to voters have been filled out and returned.

Voters with absentee ballots can mail them or - in some metro counties - drop them into a specially-marked drop box. There was one at the Sandy Springs library, where a line of early voters had formed Thursday afternoon to get into the precinct to use voting machines.

Meanwhile, Jack Cohen said he has "no intention of going in" to the precinct. He said the pandemic will keep him from doing so. He said if his absentee ballot doesn’t arrive – he’ll skip voting.

"They keep making excuses. So, we don’t have many days left to go. So, I am worried I will not be able to vote," Cohen said.

Raffensperger said the more than 900,000 voters with unsent absentee ballots should consider filling them out and returning them ASAP.